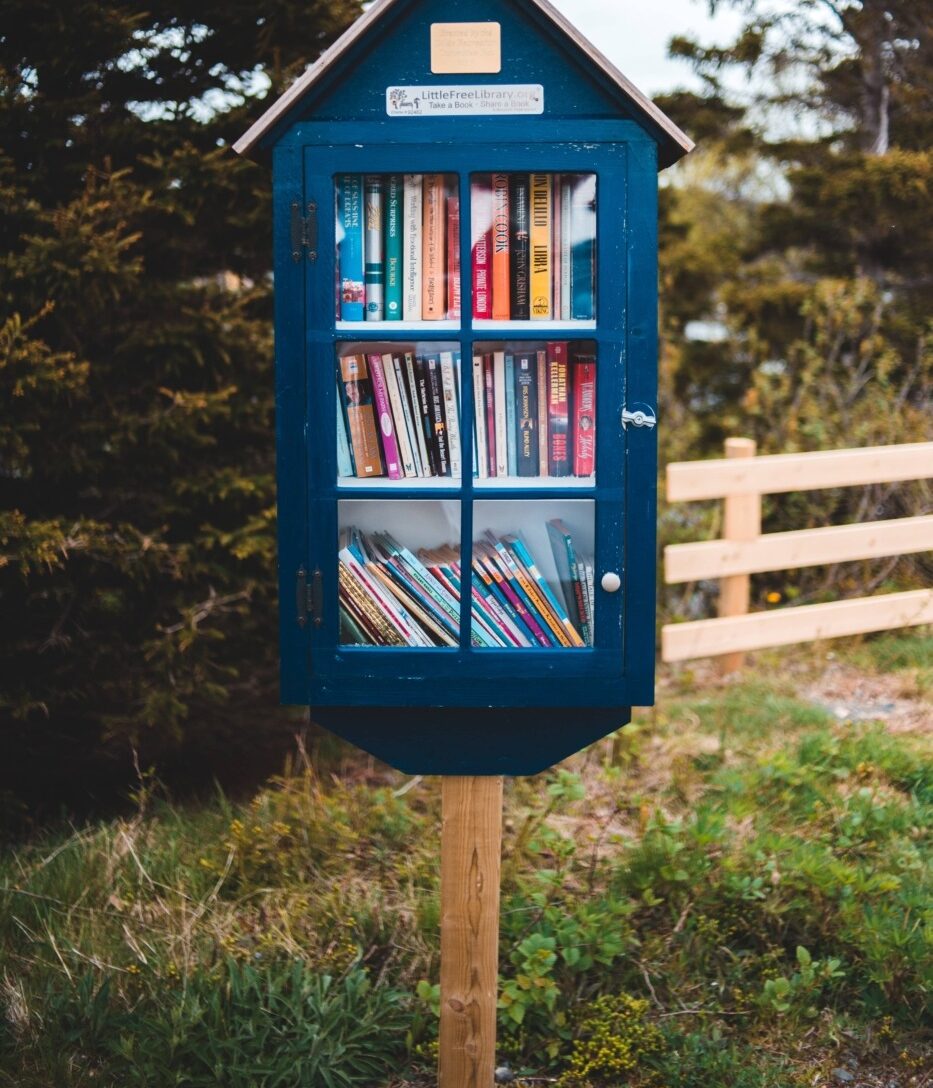 Trying to make a positive impact in what has felt like a never-ending lockdown, book-loving Bristolian Olivia Clements decided to up-cycle a cabinet and create ‘The Little Library’, a community book swap where locals could borrow and swap books. You would assume that no one would have a problem with someone spreading the joy of books and promoting reading in the community, but the replies to Olivia’s Tweet announcing the installation suggest otherwise.

The main criticism faced by Olivia’s creation is that ‘The Little Library’ is a misnomer – according to one reply, the idea had “no real understanding… of the role of libraries,” another stating that it’s “not a library.” Others have questioned the safety of passing books from household to household, which is certainly a valid concern. But, the main question I have is – are book swaps actually competing with libraries?

Libraries are so much more than buildings with books

Libraries hold an incredibly special space in my heart. Not to be overdramatic, but I believe that my library card is one of my most treasured possessions. The amount of knowledge, appreciation and quenched curiosity that the piles and piles of books that I’ve borrowed over the years have given me is immeasurable. But libraries are so much more than buildings with books.

Volunteering at my local library gave me an insight into how special they are: there aren’t many places where anyone, regardless of background, can walk through the door and find something for them, without having to pay or be judged. The sounds of excitement and joy as children took their first steps into the wondrous world of books made me excited that the next generation of book lovers was being created, and the noticeboard full of events and the advice offered was testament to the library’s societal value. The fact that they are closed right now, while necessary, is frustrating, and I can appreciate why some commenters would feel angered at any insinuation that a library can be reduced to a box of books.

That being said, I don’t believe that ‘The Little Library’ is disrespectful in any way to libraries. Critics seem to be overly focussed on the definition of the word ‘library’, instead of focussing on the potential positive impact ideas like this could have – not just in Bristol, but around the world, too.

Both Olivia’s street-side stand and the country’s libraries can and need to co-exist. Anything that promotes reading, especially in a time when bookshop and library browsing is banned, is incredibly important. Olivia’s offering is convenient, as people in her local area can pick up a book as they’re passing, at any time of the day, and the accessibility of the books means that someone who ordinarily might not visit the library could be tempted to pick up something to read.

From the picture accompanying the initial tweet, it looks like the cabinet is stocked with some popular, highly-acclaimed books – I spy Richard Osman, Rick Riordan and Patrick Ness among them. For real diversity and variety, though, nothing beats the public library – there’s bound to be something for everyone, and if you can’t find something, a team of friendly librarians is on hand to offer advice and ideas. Book swaps, therefore, aren’t competition for libraries – they’re more of a complementary resource that happens to be suited to the current restrictions on library openings.

The commenters on Olivia’s post are right to be frustrated about the lack of appreciation and support for libraries, but the real threat is not from book swaps, but from a lack of funding. In the year to March 2020, public funding for libraries fell by almost £20 million to £725 million. In 2010, the figure was £1 billion. In the light of the pandemic, the priority has been on spending on healthcare and supporting businesses, but we cannot forget libraries going forward.

In the future, it would be great to see more book swaps popping up on roads up and down the country, fostering a sense of community and fuelling the love of reading, so that when libraries re-open, readers will be waiting at the doors, eager to find their next read.