Conor McGregor – like much of the Mixed Martial Arts world – was left stunned at UFC 257 last month as old foe Dustin Poirier defeated the Irishman with a professionally focussed performance.

Poirier found revenge against the man who was victorious in their first meeting at UFC 178 in 2014, where McGregor won via TKO within two minutes of the first round.

The rematch saw McGregor struggle to build any real momentum, landing a few decent strikes before being dropped by a right hook after a flurry of debilitating leg kicks from ‘The Diamond’ Poirier.

McGregor, who suffered his first loss of his MMA career via TKO, failed to deliver the ‘masterpiece’ he had previously promised, with many now questioning what is next for him following this devastating defeat.

It goes without saying that Conor McGregor thrusted the UFC into the mainstream during his rise to the organisation’s summit, but the poised and hard-hearted character who achieved stardom through his bombastic, yet brutish personality seems to be a mere memory.

The Irishman then turned to boxing, facing Floyd Mayweather Jr. in a combat sport crossover for the ages – with the fight recording the second highest pay-per-view buy rate in history. It was McGregor’s crude and cocky persona that captured the attention of millions, and even convinced a number that he may swing a surprising result. He lasted ten rounds with the now 50-0 Mayweather, earning the respect of boxing’s elite in what was his first professional contest.

Fans of MMA don’t need convincing when it comes to McGregor’s ability both in and out of the octagon – he sells fights like no other – drawing both fans and foes to their wallets in the hope of victory and defeat. His vicious left hand has left countless opponents seeing stars post-fight, but now he’s experienced that feeling himself – and I fear he will never be the same again.

The aura around the Irishman has been extinguished. He can no longer hide behind excuses like he did as he was submitted by Nate Diaz and Khabib Nurmagomedov previously. Known for his elite stand-up game, he tasted a dose of his own medicine last month. What Poirier showed in Januaery was that it is possible to sit McGregor down, and shut him up at that. Other fighters on the roster will be licking their lips at Saturday’s confounded Conor, hoping they’re next up for The Notorious.

The return of Nurmagomedov – who retired following his last fight due to the passing of his father – and the hopes of a rematch for McGregor now seem extremely unlikely.

McGregor had also been flirting with the idea of a return to the boxing ring to face Manny Pacquiao, although being outboxed in the octagon by Poirier last Saturday has likely dashed those dreams too.

I now see an opportunity for him to prove himself once more; for him to overcome adversity and cement his legendary status once and for all.

The Irishman does still have options though. It’s now one a-piece between him and Poirier, leaving the door open for the trilogy in what would become an interesting exchange following the second bout. A third fight is also on the cards against old enemy Nate Diaz, who submitted McGregor on thirteen days’ notice in early 2016 in what was an extraordinary upset. McGregor responded in the rematch with a complete performance, snatching the win via majority decision.

Both fights offer McGregor a chance at redemption, and a chance to show the world he’s not done with the sport yet. Talks of retirement have resurfaced once again following his defeat at UFC 257 as many believe he cannot recapture the form on display during his meteoric rise to the top. McGregor, who announced his retirement from fighting in a tweet posted in June 2020 before changing his mind – may prefer to call it a day now, with the possibility of damaging his legacy at stake if last month’s performance is reproduced.

I, like many, hope to see McGregor in the octagon again in the future; maybe this defeat was just a blip – who knows. But the possibility of McGregor tarnishing his elite reputation is one that will frighten many, maybe even The Notorious himself. But I now see an opportunity for him to prove himself once more; for him to overcome adversity and cement his legendary status once and for all.

You can be sure of one thing though – whatever his next move, the world will be watching. 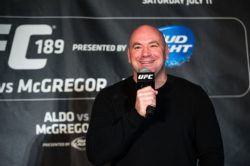 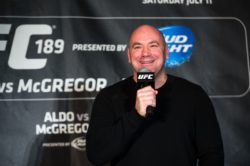 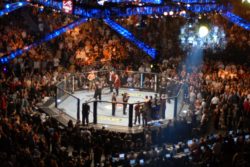 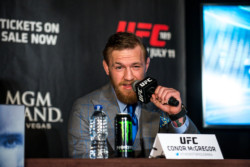