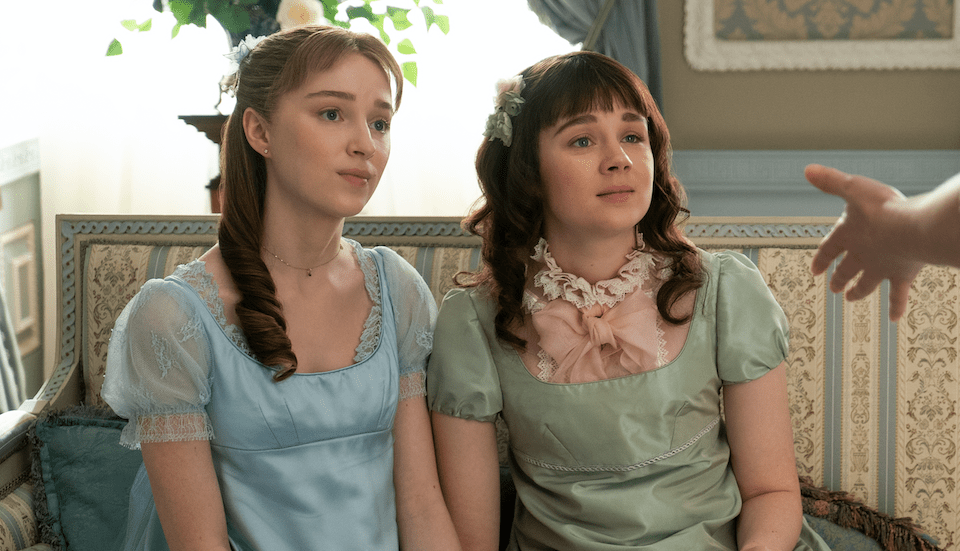 By Lauren Shelley
Feb. 5, 2021
Posted in Fashion throughout the decades, Lifestyle

The latest Netflix TV series to capture the attention of audiences around the world is Bridgerton. With its fresh and modern twist on Regency-era fashion, it’s unsurprising that we’ve seen willing customers flock to online stores to inject that magical, Georgian-era escapism into their everyday wardrobe.

Searches for ‘Regencycore’ exploded. There was a 123% spike in corset searches, and a 93% spike in empire line dresses, according to Lyst. What can you look for to pay an ode to 1813’s Bridgerton-esque fashion in 2021?

Perhaps the first step in comprehending what best fits your Regency wardrobe is understanding costume designer Ellen Mirojnick’s inspiration for the 7500 pieces created for the show.

The use of colour in Bridgerton is both powerful and intentional

In an interview with Vogue, she cites early 20th-century Dior archives, as well as the 1950s and 1960s styles as her fashion muses. Intending for a “layer of imagination” to coat each piece, Mirojnick incorporated organza, organdy and tulle to create new dress layers, allowing for movement and fluidity.

The more period-accurate muslin dresses and bonnets were barred, explaining why the show’s styles rarely echoed true Regency fashion; the point was to feel scandalous, modern and accessible.

The use of colour in Bridgerton is both powerful and intentional. The House of Bridgerton sport varying shades of blue, representative of their elegance and high status. Their dresses come in a line of powdery pastels, and the women’s outfits are almost always monochrome. These outfits are a very fitting choice according to the Guide to Ladies’ Fashion and Etiquette, an 1811 publication that claims: “a diversity of colours bespeaks vulgarity of taste”.

So, to echo Daphne or Eloise Bridgerton’s decorous outfits, try sticking with a colour palette of pastels, in the form of a matching two-piece or flowing, floor-length dress. Alternatively, the House of Featherington opts for acid-bright colours and patterns, meant to represent their new money status and lurid tastes.

These splashes of vibrancy are right at home in the modern-day. Marie Claire has named ‘Fantasy Florals’ a staple in 2021 spring fashions, with big labels like Rodarte rolling out bold, floral pieces on the runway. To echo this, embrace spring florals with just a touch of garishness and try a sweetheart neckline to copy Lady Featherington herself.

Mirojnick wanted open, skin-baring necklines to “exude beauty” on the show, despite their historical inaccuracy. Much attention was paid to necklines in this era, with an uncovered scooping neckline only reserved for the evening. Creating the illusion of a higher neckline was achieved by filling in low and wide ones with scarves and chemisettes for daytime.

Modern brands have taken inspiration from high necklines, with lots of results produced in a quick search of ‘high necked dress’ on websites like Zara or Topshop. Eloise Bridgerton is the muse here, perhaps the only character that is represented as wearing the correctly high neckline during the day. Equally, Daphne Bridgerton’s uniform of scooping necklines is just as easy to come by as ASOS has the most results here.

Other elements of the show’s female silhouette include three-quarter-length cropped jackets, ruffles, and cap sleeves. These styles were already emerging as the show hit screens on Christmas Day, with the Pre-Fall 2020 lines of Prabal Gurung, Fendi and Adam Lippes incorporating pleats, ruffles and frills in their collections. On the high street, look no further than the big online players like PrettyLittleThing and Nasty Gal for some wearable and affordable alternatives.

Indeed, when we think of period dramas, we almost always gravitate toward the image of the laced-up corset, although again this is not historically accurate. It is a forgivable mistake since Bridgerton also makes it.

Tightly laced corsets, which were historically termed ‘transitional stays’, were almost never used during that late Georgian era. The dresses had empire waistlines that stopped just under the chest, and then the fabric fell vertically to the floor. This gave way to loose dresses with no need for a thin waist since the waist would not be seen.

In fact, many stays at the time didn’t even have boning, and longer stays (like the one shown in the opening scene in the first episode, where Prudence Featherington is being tightly laced up) were only reserved for older women.

However, this shouldn’t stop us from donning a corset in 2021 if that’s what you want to do. A host of online stores sell them. Some cover the chest and lower abdomen, and others start under the chest and are relatively short.

Bridgerton’s influence on the fashion world has certainly been felt

Corsets are also an item of clothing that has taken the sewing world by storm. With a few unused zip ties, a sewing machine and a free corset pattern off the internet, we can very easily save some money and fill our lockdown with creating beautiful pieces of clothing.

Perhaps the easiest way to incorporate a Regency flair to your wardrobe is through accessories. Affordable, comfortable and low risk, a few well-placed pins, headbands, and jewellery pieces can make the world of difference. Feathers as outlandish as those worn by the debutantes are not needed, and neither is the complex pearl structure donned by Cressida at one of the many Bridgerton balls. An easy Google Search of ‘pearl accessories’ leads you to places like SHEIN, Urban Outfitters and Etsy.

Bridgerton’s influence on the fashion world has certainly been felt and allows us to live in a wonderful dream world of balls, elbow-length gloves and violin covers of Ariana Grande’s ‘thanku next’. Although the show’s costumes were not completely accurate, Mirojnick created a new, historical fantasy story that provided the escapism that right now, many of us need. 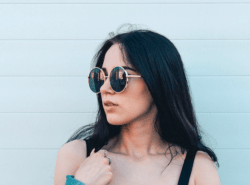 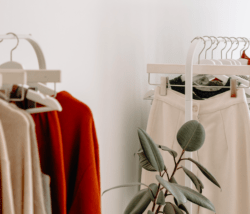 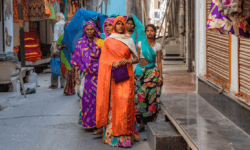