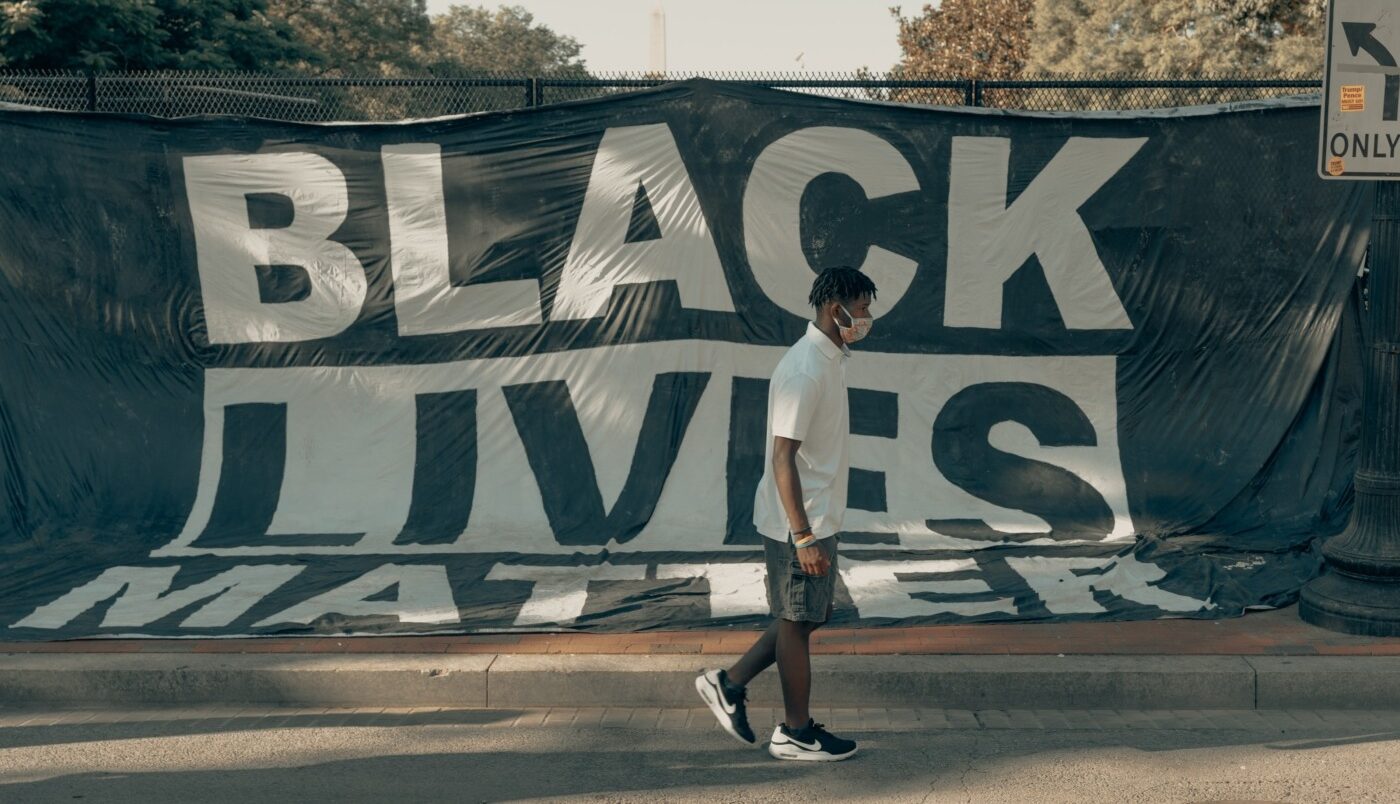 Priti Patel expressed in a recent interview with Nick Ferrari on LBC radio her strong prejudicial opinions regarding the Black Lives Matter movement last year and its aftermath. Our Home Secretary voiced her disdain for ‘that protest’,  further discrediting and delegitimising anti-racism efforts specifically within the UK.

The Black Lives Matter movement took place last year during June and July. It became one of the largest anti-racist protests in Britain. The unlawful killing of George Floyd became the catalyst for a movement to vocalise their intolerance and frustration towards racism and police brutality. The protest exemplifies the urgent need to protect people of colour, specifically the black community, from systemic racism embedded within institutions. Additionally, Black Lives Matter drew focus on the abolition of slavery, modern-day slavery (mass incarceration), and colonial values imbedded deep into the epicentre of racism.

However, Patel states she ‘didn’t support that protest’, and labelled them as ‘dreadful’. The fact Patel cannot name the protest or refuses to do so removes all importance and attention the protest deserves. Patel disregards the social significance of a protest that consumed every news channel and political discussion that took place last year as meaningless. Her comments draw parallels to those who wish to relabel the movement as ‘All Lives Matter’. Through her biased comments, Patel encourages further prejudice towards the movement and any protests which need to speak out against injustices. But, protests are necessary for symbolising unity.

Although protests have lessened in magnitude, ‘taking the knee’ allows the continual message of racial injustice suffered by Black people. The action continues to thrive globally, symbolising a strong community determined to create a civil rights change. However, Patel has rejected every aspect of the movement as she expresses that she ‘wouldn’t’ take the knee. Firstly, no one is forcing her to. This failure to understand the symbol and the ethos of the action affirms Patel focus on conserving white supremacy and her lack of desire to achieve racial equality. With politicians like Patel within our government, Britain will never progress any further to achieving racial equality, and the eradication of racial prejudices.

Patel falsely believes there are other ways in which they can express their opinions. It is ironic that in a democratic government we are being told how we should use our voices and vocalise opinions that are continually omitted. Patel herself previously spoke out about how she was racially abused on the street, yet fails to support others who suffer worse experiences. The British government is determined to limit the voice of Black Lives Matter. What ‘other ways’ can the Black British community voice their opinions when they oppressed by the same government at every turn?

Furthermore, dictating freedom of speech highlights the government’s inability to invoke social and radical change. A politician publicly voicing disdain towards a protest which fights for racial equality allows further individuals within Britain to reject the movement and permit a racial hierarchy. A protest, no matter the size, provides a voice to the oppressed. But Patel enables white nationalism to thrive.

Patel further explains she does not support Black Lives Matter because they ‘attempt to re-write history’. The movement does not ‘re-write history’, it exposes the history Britain wishes to conceal. Patel endorses institutional racism by remaining ignorant of the actions of the British Government. The progress the movement has made to benefit the wider community has dissolved since Patel’s lack of acknowledgement of colonial history, which has also embedded racial stereotypes. What she claims to be re-written is purely exposing the harsh reality of slavery.

Patel refers to the statues of slave traders, like that of Edward Colston in Bristol, which were removed and vandalised during the protests. She seemingly finds vandalism of statues to be the height of violence, not the death of several Black British individuals at the hands of oppressors. The statues glorify slavery. Thus, removing the statues is a step further to decolonising Britain. The legacies of slave traders should not be celebrated. The British Government refuses to take accountability for the racial inequality they created by their colonial past.