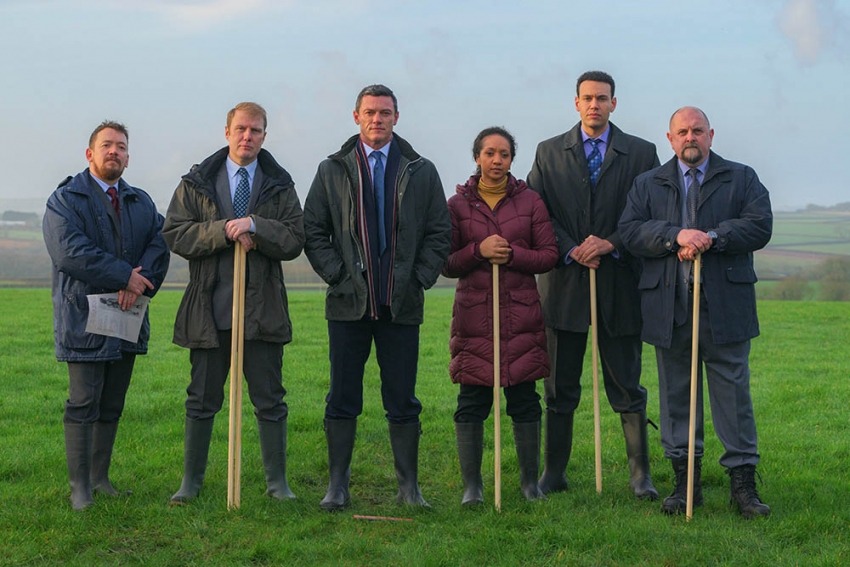 The opening scenes of The Pembrokeshire Murders shows us frames of grinning families, children exploring rockpools, people paddling at the seashore and enjoying caravanning holidays, interspersed with shots of a barren coastline and jagged cliff faces. It is the latter that captures the mood of this true-crime three-parter, chronicling the re-opening of two shocking unsolved murders in South Wales. Shown over three consecutive nights, the programme marks ITV’s latest crime offering.

In the first episode, we meet DCI Steve Wilkins (Luke Evans) of Dyfed-Powys Police, who fits the mould of your typical TV detective: nice house, swanky car, yet struggling to connect with his family amongst a non-existent work-life balance. His dedicated and sharp-eyed detective skills connect the dots between the double murder of siblings Richard and Helen Thomas at Scoveston Park in 1985, and the double murder of couple Peter and Gwenda Dixon, a couple found days later after they hadn’t returned from a short walk. He makes a further connection between the two and an incident in 1996 involving five children, in which the perpetrator detained and raped a girl, and indecently assaulted another. What Wilkins believes ties these all together is the use of a sawn-off, double-barrelled shotgun.

DCI Steve Wilkins fits the mould of your typical TV detective: nice house, swanky car, yet struggling to connect with his family amongst a non-existent work-life balance

Enter John Cooper (Keith Allen) , a thoroughly emotionless, highly-agitated man, imprisoned for an armed robbery in Sardis using  – you guessed it – a double-barrelled sawn-off shotgun. But Cooper is up for parole, and Wilkins fears that he could strike again. Thus, with a swig from a hip flask, he declares the beginning of Operation Ottawa: he draws a number of detectives together in a top-secret task force to identify any forensic evidence that fell through the gaps in the initial police investigation, and to find any incriminating material that could bring the families of the deceased peace.

While this is from the makers of Bodyguard and Line of Duty, much like other screen iterations of real-life crimes, you won’t find any shocking twists or red herrings here. Instead, the thrill comes not in the chase of the who-dunnit, but in the hunt for even a smidgeon of evidence against Cooper. Tension builds when we worry that they won’t find anything in time, and Cooper will kill again – tension which manages to sustain the three episodes in this mini-series. This focus on forensic evidence may put you off, but this struggle to keep Cooper behind bars is still sure to satiate your thirst for thrilling crime drama.

The focus was not on the ego-massaging of the lead detective, gory effects, or scary re-enactments, but finding the missing piece that would give peace to everyone effected by these brutal crimes

The sensitivity for the victims’ families was particularly apparent, and a strong undertone of justice played throughout the series. The focus was not on the ego-massaging of the lead detective, gory effects, or scary re-enactments, but finding the missing piece that would give peace to everyone effected by these brutal crimes. We never get a motive from the horse’s mouth, but somehow this doesn’t feel relevant when the stakes are this high – the killer simply must be stopped. That being said, we didn’t find out anything about the victims of the murders, only being told their manner of death, which perhaps was down to the limited timeslot for the series. We also saw the often arduous and intensive nature of police work, but regardless, Wilkins and his team trundle on. Moments showing Steve with his children (supporting his son at a football game or his daughter popping round) is humanising.

The chilling, dead-eyed stare in his mugshot is far too reminiscent of other prolific criminals, and it’s easy to believe that he could have committed these crimes

Keith Allen’s portrayal of John Cooper particularly stands out. At times, a thoroughly frustrating and skin-crawl-inducing misogynist, and in the crimes that the police believe he committed, sadistic and cruel. The chilling, dead-eyed stare in his mugshot is far too reminiscent of other prolific criminals, and it’s easy to believe that he could have committed these crimes, even if we don’t see any footage of him doing so.

All in all, this unpicking of evidence shows the reality of police work, in contrast to the flashy, twisty and incredibly suspenseful crime dramas that we’ve become used to in the past couple of years. Does the former make better telly? Not always. But this fight for justice in the form of a TV drama shows to us that in the end, the truth will come out, no matter how long it takes. 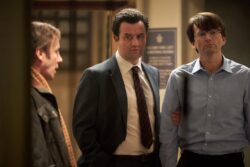 ‘Des’: a darkly-compelling drama on one of Britain’s most notorious serial killers