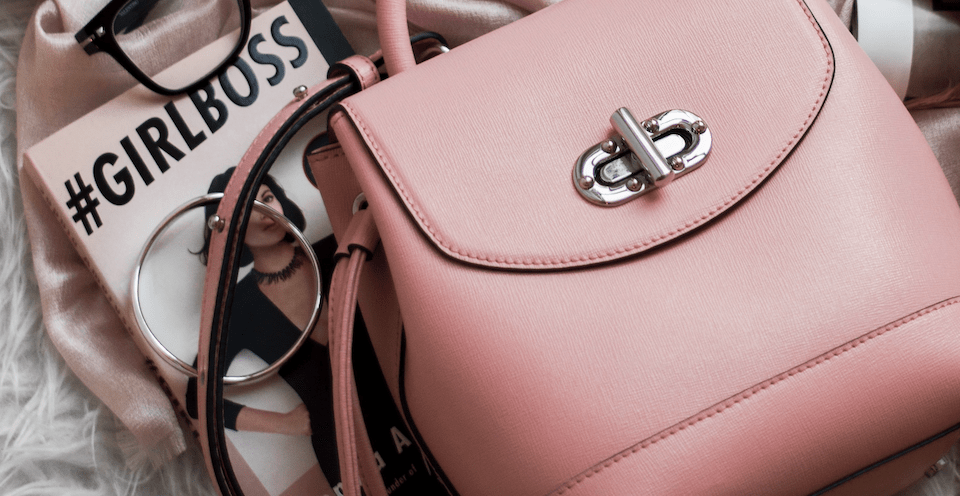 How the #Girlboss has commodified feminism

In 2021, hearing the word, or more likely seeing the hashtag of ‘girl boss’ might feel a little bit outdated. In a serious context, it’s probably being used by someone stuck in the mid-2010s, but it’s far more likely to see it held up as something to be laughed at. This particular brand of feminism has been subject to much criticism since its emergence, and with good reason – its relationship with capitalism and wilful ignorance of social issues makes it a prime target, especially as people become more educated about inequality across the globe.

Supporting women in business may appear to be positive and ideas of “shattering the glass ceiling” and giving women more power in what have traditionally been boy’s clubs are undoubtedly feminist at their roots. However, many have criticised that while girl boss feminism may be fighting the patriarchy, it’s still very much advocating for another oppressive system – capitalism.

The very notion of associating feminism and female liberation with success within a social framework that restricts, and limits others is questionable, especially with the rise in intersectional feminism in recent years. Girl boss feminism, when placed in a wider context, doesn’t benefit women as a whole as it refuses to consider the issues of race, class and sexual identity that are so prevalent in the prevention of women’s freedoms worldwide.

This airbrushed, seemingly unflawed woman is then held up as a representation of every woman

Feminism should be for everyone. It should be about raising up women from all different walks of life with the ultimate goal of equality. Girl boss feminism, on the other hand, benefits almost exclusively women who have privilege beyond their gender; the image sold to us is of a white, conventionally attractive, often already wealthy young woman. Although she will surely have had her struggles in fighting her way to the top, her journey has certainly gone more smoothly due to her privilege.

This airbrushed, seemingly unflawed woman is then held up as a representation of every woman, and as an ideal, that should be aspired to. Is this image of the empowered woman truly the pinnacle of feminism that the girl boss movement sets it out to be? If it comes at the cost of pushing down other, more vulnerable women through complicity with a capitalist system, many say no.

Sophia Amoruso, founder of Nasty Gal, author of #GirlBoss and the pioneer of the movement, is a prime example of the failures of girl boss feminism. After achieving huge financial success with her brand, biography and subsequent Netflix deal, controversy arose about the ethics of her company.

The very structures of oppression are not addressed

Reports of employees being illegally fired due to pregnancy brought into question the “feminist” image that Amoruso was promoting. Plus, with lawsuits regarding copyright infringement (stealing from other women’s businesses doesn’t seem very #girlboss) appearing around Nasty Gal, many began to doubt Amoruso’s legitimacy. This pattern can be seen across a wide range of proclaimed “girl bosses”, as people begin to realise that without the systematic exploitation of others, it’s hard to win in big business.

Much of girl boss feminism seeks not to change patriarchal systems, but rather to work within them to find personal success. There is a hugely individualist focus which is inevitable, due to the capitalist basis of its aims, and although the suggestion is that more women making their way to the top will inspire and motivate others to follow in their footsteps, the very structures of oppression are not addressed.

As more and more stories come out about the less-than-squeaky-clean practices of these companies, the movement’s undermining of the true tenets of feminism become more visible. “Feminism” is reduced to an easily digestible slogan that lets people pat themselves on the back for being “woke”, while continuing to ignore the true struggles of women across the world.

As feminism is reduced to a branding opportunity, its authority is diluted

The very format of the phrase #GirlBoss exemplifies the commodification of feminism – it’s a social media tag, an afterthought to a photo, a slogan that can be easily thrown onto a shirt. It lends itself to the capitalist system, both in name and in nature. As feminism is reduced to a branding opportunity, its authority is diluted. A particular image of feminism is sent into the mainstream, one that in reality is doing nothing to help in the fight for equality.

Although the trope of the girl boss originated within the world of business, the word has come to be a signifier of any woman perceived to be successful within her field. Nowadays, when women enter positions of power many worry that they’ll be “girlbossified” – held up as a “champion of feminism”, with criticisms against them shot down as misogynistic and discriminatory.

This can be seen with the recent inauguration of Kamala Harris as vice president of the United States. Harris has been accoladed for becoming the first female, first African American and first Asian American vice president, alongside being the highest-ranking female elected official in US history. Yet, many have fears that she will be perceived as a feminist, “girlboss” figure regardless of her political policies.

We must hold people accountable for their actions, regardless of who they are

Harris has come under fire for her views on the criminal justice system and her opinions on the police, particularly in light of the Black Lives Matter protests seen last year. A major concern of many is that her less progressive policies will be swept under the rug merely because she is a woman, in a way that is distinctly unfeminist.

If we refuse to criticise women in power for their actions, we are continuing to treat them differently to men who hold the same positions. A woman in power should not become exempt from facing consequences of discriminatory or offensive behaviour simply because she is a woman – we must hold people accountable for their actions, regardless of who they are.

Whilst girl boss feminism is decidedly not the future of feminism, it should be used as a way to think more critically about how social movements are structured, and what they’re really trying to achieve. If we want real positive change, we need to stand for all women, not just a privileged few.

Furthermore, although it’s vital to support and champion successful women, and to encourage women to take powerful positions in their fields, gender should not make someone exempt from criticism. It’s vital to challenge each other to do the best we can, to benefit as many people as possible.

Girl boss feminism isn’t the answer. There isn’t a perfect solution to the inequalities of the world, but if we work together with the interests of others in mind, rather than just ourselves, then perhaps we can start making the world a little better, bit by bit.