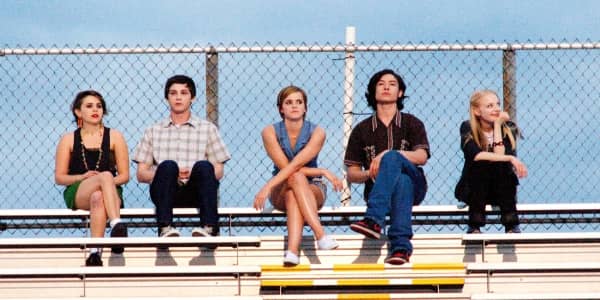 Growing up in conjunction with one of your favourite authors is a strange experience. As I stumble into my twenties, Stephen Chbosky moves comfortably into his 50s, turning 51 on the 25th of January. Both unnervingly venturing off into the opposite spectrums of adulthood, it is hard to ignore how my own ageing parallels and is reminiscent of one of my favourite books: The Perks of Being a Wallflower.

Chbosky’s coming of age novel The Perks of Being A Wallflower follows the story of Charlie Kelmeckis, a reserved and introverted fifteen-year-old boy from Pittsburgh, as he navigates the troublesome world of American high-school, clinical depression, and unravelling trauma(s) all the while making long-life friends. This 1999 novel has a special place in my heart as it has followed me for the past seven years of my life. My first experience of this book was at 12 years old, discovering the book in the back of my secondary-school library, looking for nothing more than a quick and effortless read to pass the time.

This book, with its magnet-like properties, pulled me in again at fifteen, rediscovering it on my bookshelf, where I began to read it with a wholly refreshed perspective

The novel quickly proved me wrong, as the Guardian put it, ‘although the book is, at times, very upsetting, it is ultimately uplifting and life-affirming’. What initially struck me most about this book was how alive and beautifully honest the characters felt, with it being written as a sort of stream-of-consciousness from Charlie’s perspective. It read like a close friend sharing their personal diary, with each entry starting off with the sweet greeting ‘Dear Friend’; it differed entirely from the superficial and detached portraits of adolescence I had grown so accustomed to reading.

This book, with its magnet-like properties, pulled me in again at fifteen, rediscovering it on my bookshelf, where I began to read it with a wholly refreshed perspective. Instead of it feeling like delving into a friend’s innermost thoughts, it was a mirror reflection of my innermost thoughts, such as Charlie truthfully stating that he was “both happy and sad” and was “still trying to figure out how that could be”. Perhaps it was the fact that the protagonist was the same age as me, but at that time I began to morph my identity into that of Charlie; from desperately wanting to have my own typewriter (Charlie’s signature trait) and developing an unhealthy obsession with his favourite band, The Smiths, a trait that still lingers with me today.

The familiarity with Chbosky’s timeless characters also struck me, and how their quirks translated so effortlessly into my own life, even at nineteen

My most favourite and pivotal reading of this book, however, was over the March lockdown, where it struck me how important this book was in my growing up. I had grown so familiar with the book that I had subconsciously memorised it the same way I had memorised my childhood neighbourhood. The familiarity with Chbosky’s timeless characters also struck me, and how their quirks translated so effortlessly into my own life, even at nineteen. I was warm and loving like Sam, light-hearted and spontaneous like Patrick and in some ways a wallflower like Charlie – becoming a mosaic of some sorts consisting only of Chboksy’s characters.

Ultimately, this book has lingered with me from the very start of my adolescence all the way to the first steps of adulthood, with mantras from the book like “we accept the love we deserve” continuing to reverberate across my mind, even seven years after my first read. 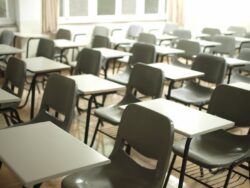 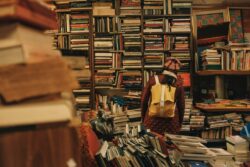