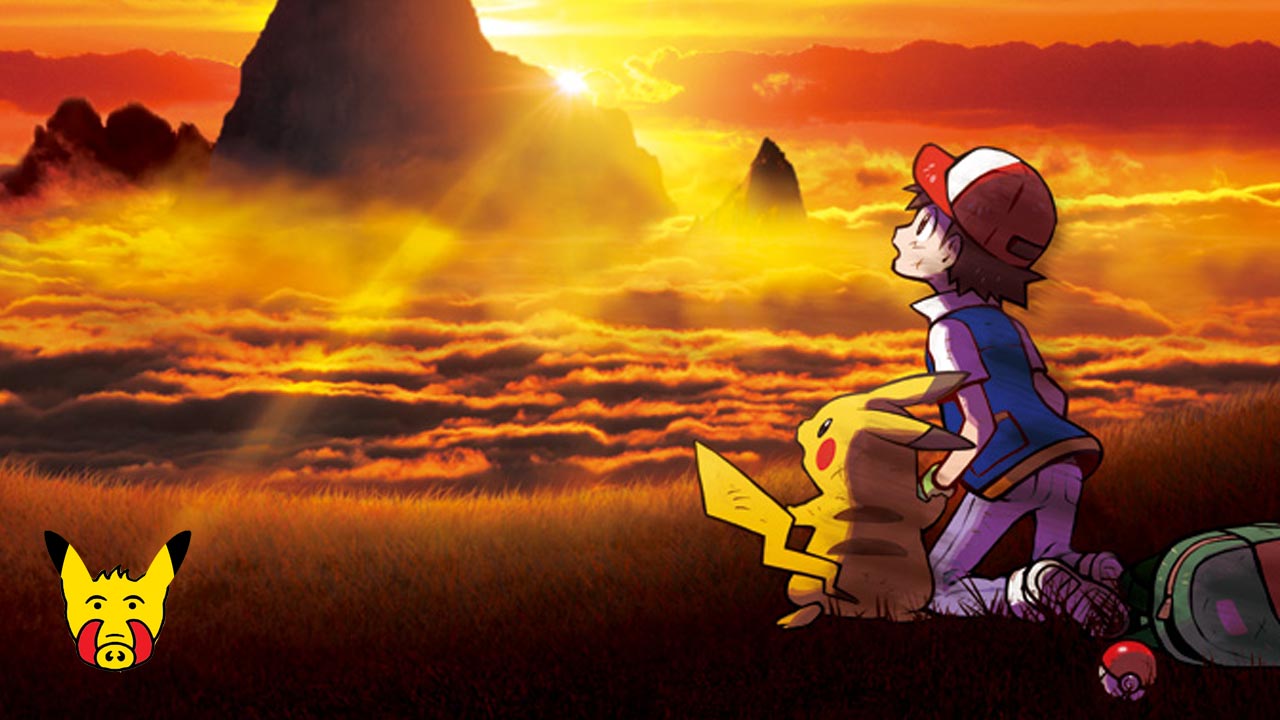 It’s safe to say that Pokémon is one of the most popular and beloved game franchises in the world- and that feeling is shared within The Boar Games newsroom – for the most part. As Pokémon approaches its 25th Anniversary later this month, The Boar Games team has given their favourite Pokémon game of all time.

Very few games have had such an effect on me as Pokémon Emerald has. Marking a shift away from the Kanto-Johto connection of the previous two generations, Pokemon Emerald was the follow-up adventure to Pokémon Ruby and Sapphire, set in the Hoenn region.

One of the most important aspects of a Pokémon game is, and always has been, the new Pokémon, and Hoenn introduced some of my all-time favourite creatures. Metagross, Spoink, Surskit, Snorunt, Mudkip, Salamence, Sabeleye, and many, many, more amazing Pokémon first made their appearance in the Hoenn region.

The aesthetic of Pokémon Ruby, Sapphire and Emerald is also unmatched. Created in the early 2000s, these Pokémon games were made at the height of the 2D era, and manage to perfectly capture what Pokémon is all about – adventure. The Hoenn region is home to an abundance of memorable ecosystems, biomes, and cities that for some reason captured my heart more than any other mainline game. And no, it does not have too much water.

But what makes Pokémon Emerald better than Ruby and Sapphire is the post-game content. The Battle Frontier is the pinnacle of how Pokémon games should end, and while the likes of Black and White 2 did feature some pretty hefty post-game activities, it just did not have the novelty and appeal to draw me back in like Emerald did. Where’s my Game Boy Advance at?

My personal favourite mainline Pokémon game just so happens to be my first: Black 2/White 2.

I came to the series rather late; I had seen sporadic episodes of the long-running anime on TV many years before, and Black 2 was my first venture into the series. Via an array of second-hand games, of which sadly Emerald, Platinum (my second favourite), Pearl, and Heart Gold all ended up being fakes, I then got into the series and ended up back at the original Black.

Black 2/White 2 are probably the best all-round Pokémon games Game Freak has ever made. They have everything you could ask for. Special highlights include the Pokémon World Tournament, Pokéstar Studios, the Dream Radar, Battle Subway, Join Avenue, and the endless time pits of Black City and White Forest.

I also have a soft spot for Colress – he is one of my favourite enemies in the entire series (Ghetsis is a close second). I actually prefer the 2D artwork in Unova to the later 3D entries. The soundtrack is also amazing: the Team Plasma music, Colress, the Champions League, and the legendary’s themes can be listened to for hours outside the game.

Upon playing Black and then replaying Black 2, I realised that combined, they are a masterpiece – both of gameplay and, more importantly, given recent entries, story. N must be one of the best characters across the whole franchise, and Team Plasma is probably the best written evil team.

Together, Black/White and Black 2/White 2 form a fitting end to Pokémon’s DS era, whose main game and post-game content has yet to be matched. The hours spent in areas like the Pokémon World Tournament, the Battle Subway, the endless cycling up and down Join Avenue, and the endless grind up Black Tower or White Treehollow are all fond memories.

What I wouldn’t give for a combined Black/White and Black 2/White 2 remake in one game. It would be the pinnacle of Pokémon perfection with its story, its gameplay, and its links back to past entries.

My absolute favourite mainline Pokémon game is Black/White. Maybe because of nostalgia (Pokémon Black was my first ever Pokémon game) and maybe age factors in it too (most games I have played as a child have left me an indelibly positive impression). Regardless, I cannot deny that the game has a special place in my heart, and that to me, other mainline Pokémon games pale in comparison.

Perhaps the single most compelling reason for my judgement is the story. It is so much deeper compared to the other titles, and forces upon you philosophical reflections that seemingly appear out of the blue, but are more than justified for such a game.

The antagonists are not simply bad for the sake of being bad, but instead force you to question the morality of catching Pokémon and forcing them into Pokéballs, rather than just enabling them to live freely. Sure, the reasoning collapses once you realise Ghetsis’ true motives, but I still found myself partly sympathetic to the cause, and able to see the perversity behind the “Gotta Catch ‘Em All” logic, which I otherwise would not have questioned. No other Pokémon game has made me so reflective – a concept I otherwise would not have doubted, and this in itself is a reason I adore this game.

As a side note, the Pokémon designs are some of my favourites (yes, I know, unpopular opinion), the music is fantastic, and the routes and cities are some of the best in a Pokémon mainline game. And the post-game content is absolutely great and contributes so much to the overall lore. To me, Black/ White (and the sequels) represent the apex of the Pokémon mainline series.

I have to confess that I have never been a Pokémon fan. The core gameplay and lore never captured my imagination during my childhood, partly because I didn’t own a gaming device until I was twelve. However, one Pokemon game surprisingly caught my eyes: Pokémon Mystery Dungeon: Blue Rescue Team. I can still vividly remember the television adverts on CITV (great marketing, Nintendo): you transform into a Pokémon!

The rogue-like dungeon crawler with randomised layouts was both challenging and fun, as was the turn-based combat. Pokémon games have always had weak plotlines, but the odd mixture of Pokémon politics and rescue team rivalries sold me.

While the game was poorly received at launch, mostly because there was no graphical upgrade between the GBA and Nintendo DS versions, it has since found a cult following and a remake for Nintendo Switch.