Recently few shows have reached the iconic status of Sex and the City. Its often outrageous portrayal of dating, sex, and single-living proved popular throughout the late ‘90s and early ‘00s; following four wealthy, single women’s attempt to navigate their lives and relationships in New York in Carrie, Samantha, Miranda, and Charlotte. After a seventeen-year hiatus, the show’s returning in the form of the miniseries And Just Like That…, depicting Carrie, Charlotte, and Miranda exploring their lives in their 50s. After almost two decades, it will be interesting to see how well these characters fare in 2021, and whether the show can re-establish its acclaimed status in 2021.

“I’m such a Carrie.” “That was so Samantha of you!” For anyone unfamiliar with these exclamations, let me introduce you to the question that dominated gossip magazines throughout the early noughties: which Sex and The City girl are you? Similar to horoscopes (though arguably more accurate), the SATC woman you identified with became the cornerstone of your personality, and thus your guide to single life. Were you a glamourous commitment-phobe like Carrie, chasing emotionally unavailable men in a pair of unaffordable Manolo Blahniks? Or were you as sexually liberated as Samantha, exuding enough sex appeal to knock out guys single-handedly?

Occasionally Charlotte or Miranda would be considered, but overwhelmingly women chose to identify with Carrie’s style or Samantha’s sexual escapades (sexscapades?).  In similar vein, most coverage of And Just Like That… has focused on the absence of Kim Cattrall’s character, Samantha, from the cast of the reboot, with many denouncing it as a lost cause. Although Samantha’s undeniably a sad loss, I wouldn’t write off the series. Although Samantha delivered some of the best lines of the show- “I’m a try-sexual. I’ll try anything once.”- I didn’t identify with her like the generation of women prior perhaps did. As many mourn the loss of Samantha, I look forward to celebrating, who I believe to be, the true hero of the show.

The real star has always been Miranda

The real star has always been Miranda. In a show that hardly passes the Bechdel test, she’s the only character that mentions the elephant in the room: how four successful, funny women let their love lives consume them.  Admittedly, when I consider that the most popular show of that time about women, for women, revolved so much around men, it doesn’t sit well with me. At times, Miranda’s realism and self-awareness seemed to be the glue holding the show together, preventing it from descending into a frenzy of man hating/loving/mania and stopping my feminist consciousness from completely spiralling.

Miranda is sex positive without being sex obsessed, having the most realistic approach to dating in the modern era. She’s the calm and reason to counter the sometimes irrational storm of the other girls. Miranda’s not boring –  she goes on her fair share of dates during the show (having some heated moments to rival Samantha’s) yet manages to keep her head. When Carrie squealed in horror at the advice “he’s just not that into you,” Miranda embraced its honesty, moving on with her life minus the pity party. Portrayed as the least glamorous, her professional success, humour, and realism have been overlooked for too long, and it’s time she receives the overdue recognition she deserves.

For Gen Z, the sexed-up antics of Samantha, or Carrie’s penchant for drama, isn’t as appealing as it was. Current viewers would prize the level-headed cynicism of Miranda. She manages a thriving social life whilst being made partner in her law firm, and later becoming a (sometime) single mother, which is something little short of a miracle. Whereas Charlotte has pretty much unanimously been considered uncool, being stifling conservative even by ‘90s standards (the somewhat ironic #wokecharlotte has taken Instagram by storm, imagining the progressive voice the show was so desperately lacking), Miranda for some reason flew under the radar. Although the modern woman would look to Miranda as someone who has their act together, she always seems to get lost in a haze of toxicity and Tom Ford.

When SATC originally aired, the stigma against women being unapologetically opinionated still lingered, and the feminist resilience Miranda represented was relatively unique in TV

I have faith this will be changed by And Just Like That…, as the new generation have been raised on a brand of feminism that encapsulates Miranda-ism. When SATC originally aired, the stigma against women being unapologetically opinionated still lingered, and the feminist resilience Miranda represented was relatively unique in TV. The upcoming reboot will hopefully embrace this even further, and we will see the girls more liberated and independent than ever.

SATC has not aged entirely well, and Miranda’s character hasn’t escaped this. Lines such as: “I think [bisexuality] is just a layover on the way to Gay Town,” had no place on TV then, and definitely doesn’t now. The show was, for better or worse, a product of its time, and is no more problematic than shows like Friends. This isn’t to say that these prejudices should be condoned, and in And Just Like That… viewers will be watching closely to see if the show’s humour can be translated into a modern context without the problematic gags.

This is a calling to celebrate the Mirandas of the world. Although all four women in the show were empowered in their own ways, Miranda was definitely ahead of her time, pioneering an image of the modern woman that’s close to today’s. If there is anything that SATC excelled in, it was its celebration of female friendship. What made Miranda such an empowering figure was that she was, above all, a fantastic friend, and hopefully the reboot will choose to focus on this above all else. We should all be more Miranda. 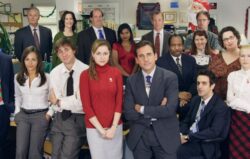