It is fair to say that the Fantastic Beasts franchise has challenged the notion that ‘all publicity is good publicity’ in recent times. When the first couple of instalments of this 5-film series came out, the questions were mainly focused on the intricacies of the plot, of storylines that didn’t quite work, or on crowd-pleasers that were being wheeled out to a storm of disapproval (Professor McGonagall’s uncanonical appearance will remain long in the memory).

In many ways, it seemed that the increasingly Americanised franchise already had enough problems. With falling box-office returns rendering the second film, The Crimes of Grindelwald the worst performing Wizarding World film ever, some were already calling for the series’ cancellation. What it did not need, therefore, was its actors to ‘get in on the act’, with Ezra Miller and then Johnny Depp, involved in real-life situations that have diminished the franchise’s credibility even further, if that was possible.

The debate over the suitability of Mikkelsen for the role has already had one good effect, in turning the conversation away from Depp’s personal life and towards the film itself, although whether Mikkelsen actually is a good casting choice is another question

All this tumult has eventually culminated in Depp now having been replaced by Mads Mikkelsen as Gellert Grindelwald, the Voldemort-equivalent of the 1920s-1940s, and the character on which the series hinges. The debate over the suitability of Mikkelsen for the role has already had one good effect, in turning the conversation away from Depp’s personal life and towards the film itself, although whether Mikkelsen actually is a good casting choice is another question.

I must admit that I hold the rather controversial opinion that the first two Fantastic Beasts films were not that bad. The first film, Fantastic Beasts and Where to Find Them was actually very good, a fun re-introduction into the magical universe, the details of which are expertly adapted to the American environment of New York City. Eddie Redmayne is very literally a fantastic beast as awkward and geeky Newt Scamander, causing immense havoc with his many and varied magical creatures. The dark undertones of the film are also expertly woven into the plot by J.K Rowling, setting up the later films wonderfully (although whether they can quite stretch the series to five parts is another question).

The second instalment, The Crimes of Grindelwald, was less successful. The film’s removal back to Europe was an attempt at obvious point-scoring with the Potterheads, as Nicolas Flamel and Hogwarts were brought back, although the use of prophecy, reminiscent of The Order of the Phoenix, was a high point in giving a subtle emotional undertone to the film. This contributed to the films’ darker atmosphere, as David Yates’ use of lighting was reminiscent of the last couple of Harry Potter films, creating a sadly predictable depressed and spooky feeling to the film. For this predictability to work, the film relied on the person who was at the focal-point of this darkness. Johnny Depp did that remarkably well, carrying the film on his shoulders with his frightening smoothness and charisma.

And this leads onto an undeniable point that Johnny Depp is an outstanding actor. However much his career has been dominated recently by Pirates of the Caribbean, this fact has remained at the core of all his work, and it is this ability that made The Crimes of Grindelwald seem better than it actually was. There is one particular scene that springs to mind in the film that exemplifies this. In it, he is giving a speech to his massed followers, and it seems that Depp has been entirely subsumed by the dark, evil charisma of Grindelwald. It is one of the single best moments of film acting I have seen. It is almost as if you are in some kind of political arena yourself and, for a moment, such is the believability of the scene, that Depp’s Grindelwald begins to persuade you of the truth of what he is saying.

This performance, and that scene in particular, made me disappointed when Depp left, purely as Depp played Grindelwald so convincingly, and I couldn’t imagine another actor in his place. Names were thrown around, from Benedict Cumberbatch to Game of Thrones’ Nikolaj Coster-Waldau, but Mads Mikkelsen was eventually the name chosen: the director David Yates’ personal choice.

Mikkelsen’s villains in the past have been less overtly evil, and instead more silently calculating, creating mounting fear rather than outright moments of terror

You can see why Yates made this decision. First of all, Mikkelsen is actually Scandinavian, where Grindelwald is meant to have spent his schooldays, and Depp’s accent could never really hide his American twang. Furthermore, Mikkelsen has shown, most famously in Casino Royale, that he is a very good villain: his Le Chiffre quietly wipes away blood from his eye whilst ominously brooding over the poker table. However, this portrayal of villainy is undoubtedly very different to Depp’s. Whereas Depp’s speech-giving charisma shocks and horrifies, Mikkelsen’s villains in the past have been less overtly evil, and instead more silently calculating, creating mounting fear rather than outright moments of terror.

The Wizarding World has had a successful switch before, as the death of Richard Harris’s Dumbledore led the more proactive and quirkier Michael Gambon to replace him. Can Mikkelsen recreate this? I’m doubtful, but I sincerely hope Mikkelsen can prove me wrong.

Therefore, although I am sad to see Depp go, rather than wishing for it to end, I am anticipating with keen interest the next Fantastic Beasts film. In the end, we know that Jude Law’s Dumbledore will defeat Mikkelsen’s Grindelwald, but how will the story develop to this point, and what histories and secrets of the magical world previously hidden to us will be revealed?

Furthermore, prior to the coronavirus pandemic, filming had just begun, with Depp having already filmed one scene, and it will be interesting to see how they adapt to Mikkelsen’s different acting style. Will Yates and Rowling adapt the script to Mikkelsen’s personality, or will Mikkelsen be forced to morph into Depp, and in doing so prove a variety and depth to his acting talent that may not yet have been seen? It will also be interesting to see how this switch impacts the box-office, as Depp was undoubtedly a massive draw. Could the interest imbibed by the controversy around this switch reinvigorate the previously ailing franchise? I, for one, am keen to find out. 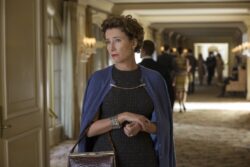 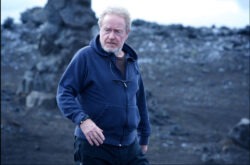