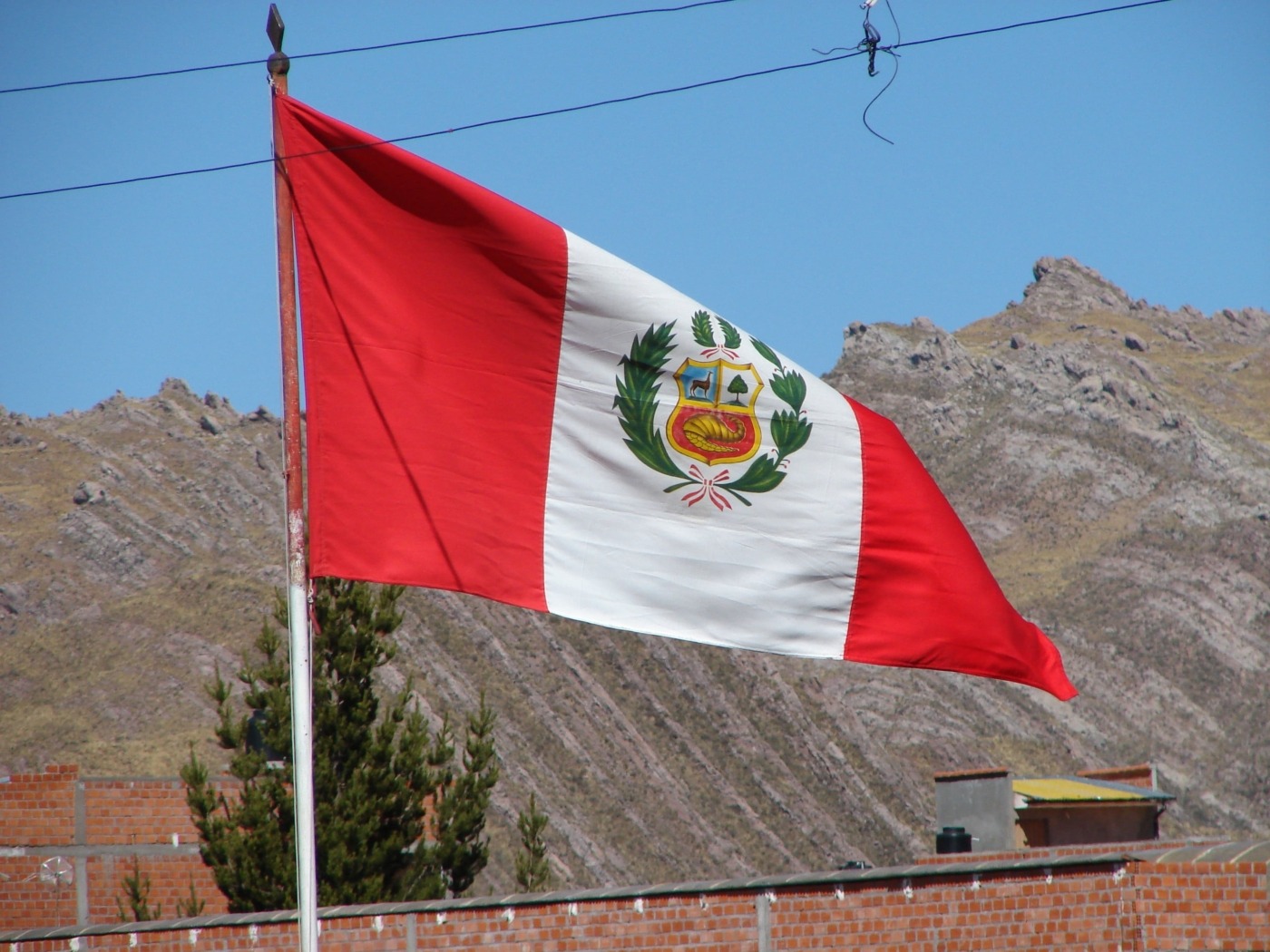 On 30 January 2019, a 20-year-old woman in Peru initiated justice proceedings against a 22-year-old man claiming that he had raped her after she had passed out drunk at a party having woken up in his bed the following morning. On 29 October 2020, the same 22-year-old was acquitted by the Peruvian South Zone Transitory Supraprovincial Collegiate Criminal Court.

However, the damage was done, and the ruling sparked protests all across the country of Peru

The Court reached their decision on the basis that the young woman was wearing “red lacy underwear” on the night of the party. They argued this indicated that not only was she not as “shy and reserved” as she claimed to be, but that she was “prepared or willing” to have sexual relations prior to this encounter with the defendant. On 30 October , the Public Ministry issued a statement, requesting that the decision made by the court be voided and a new trial commence inside a different court. In addition, the Control Office of Judiciary also opened an investigation into the judges’ suspected misconduct during the ruling.

However, the damage was done, and the ruling sparked protests all across the country of Peru. Not only had the Peruvian justice system failed to carry out its purpose in a timely and respectful manner, as the case itself spanning 21 months from beginning to outrageous end, but it also failed to give the young woman the justice she deserved, and showcased the country’s rampant issues with sexual discrimination and women’s rights, as is demonstrated by the accused’s defence that the claim of rape against him is an act of ‘revenge’ on part of the plaintiff. The ruling made by the bench, consisting of judges Ronald Andia, Diana Espino and Lucy Chacaltana, has been followed by the erupting of protests in Lima, the capital of Peru; in solidarity with the unnamed plaintiff, women have taken to the streets with red underwear around their legs.

it is clear that Peru has a chronic sexual discrimination issue, and the only symptom is not victim-blaming in cases of rape accusations

As well as this, the song ‘A Rapist in Your Path’ has been adopted as a war cry against infringements upon women’s rights, not only by Peruvian protestors, but for activists across the world. It was first performed in Chile for the International Day of the Elimination of Violence against Women on 25 November.  Although the Ministry of Women “profoundly rejected” the result of this trial, and reaffirmed their stance that the ruling “revictimized” the plaintiff, it is clear that Peru has a chronic sexual discrimination issue, and the only symptom is not victim-blaming in cases of rape accusations.

In an era of such a socially aware political climate as ours, in which news and current events are right at our fingertips, these protests are especially poignant. Take the #MeToo movement, which brought so much awareness around sexual harassment and assault in the West and particularly in workplaces and in Hollywood – through the medium of social media, this movement mobilised a powerful network of women demanding that their voices be heard. The world is not the same world it was 100 years ago, when scandals, inconveniences and civil unrest could be hidden behind newspaper monopolies and dismissive governments. The notion that a woman’s clothing might in any way constituted consent for sex is now outdated and unacceptable; the difference now is that women are becoming more and more empowered to take control of their voice and demand change from the roots.

Not only did many of these women [who underwent forced sterilisation] experience traumatic violations and enormous life disruptions, they are also being revictimized through the legal system in Peru

Throughout the period of 1996-1999, a series of national family planning policies resulted in 244,234 women and 20,693 men being forcibly, irreversibly sterilised. These policies particularly targeted the poorer and specifically indigenous areas of Peru and were denounced as human rights violations. However, there are still 1321 women attempting to seek justice for the effects of these policies through the legal system, two decades later. On 17 September, a group of activists, many of whom had personally experienced the impact of such policies, gathered in protest on the beaches of Lima against the institutionalised sexism that is still rampant in Peru, and five of these activists took the case even further – as of September 2020, Peru is being sued on the international stage for the state practices which grievously harmed these indigenous women nearly two decades ago. Not only did many of these women experience traumatic violations and enormous life disruptions, they are also being revictimized through the legal system in Peru and experiencing further psychological damage as a result.

while the issue being brought to the attention of an international audience can only be a step in the right direction for women’s rights in Peru, it is symptomatic of a broken and dysfunctional justice system that these women have not been shown proper respect by their own government

Unfortunately, while the issue being brought to the attention of an international audience can only be a step in the right direction for women’s rights in Peru, it is symptomatic of a broken and dysfunctional justice system that these women have not been shown proper respect by their own government. The fact that system does nothing to protect the rights of women and minorities in Peru only serves to revictimize those involved in cases of sexual assault, as the plaintiff of this latest case has experienced.

And yet, these instances of sexual discrimination and assault are unique, in the aspect that they have entered the spotlight of international attention. The protests that have arisen from the court ruling on 29 October, as well as those ongoing two decades after the fact of such appalling infringements upon human rights, have highlighted these injustices on a national and international level. Yet, there is more to the story that is the rabbit-hole of Peruvian women’s rights issues.

It is estimated that around 21 million people across the world find themselves in modern slavery, and Peru is considered to be a source, a destination and a transit country for the men, women and children brought into the sex and forced labour trafficking industry

The ‘Turn On The Light’ initiative carried out by the Catholic Relief Service has brought vital attention to the endemic human trafficking issues in Peru. It is estimated that around 21 million people across the world find themselves in modern slavery, and Peru is considered to be a source, a destination and a transit country for the men, women and children brought into the sex and forced labour trafficking industry. In fact, Peru reportedly has the third-highest rate of cases of forced labor in Latin America, after Mexico and Colombia. In parts of Peru, sex trafficking has a strong connection to illegal gold mining, and the women who are exploited into sex trafficking often find it impossible to escape these isolated communities. As well as this, mafia organisations are known to recruit children, sometimes as young as 11 years old, by grooming them through social media. While the digital age has provided a platform on which victims of sexual exploitation can use their voices to demonstrate their defiance, it has simultaneously created a stage for predators.

Victims are often lured in with false offers of employment, usually without any real information about the work or pay involved. The issue is only compounded by the fact that the vast majority of people employed in the informal sector in Peru are women, who are made more vulnerable by a lack of financial security and rights protections, and the fact that informal work leads to increased violence against women that is at the same time increasingly invisible.

In order to combat its human trafficking epidemic and give reparations to the victims of sexual assault, the Peruvian government must tackle the systematic corruption and sexism that is poisoning the country. Not only does it need to do far more in the way of policies to protect women who are made vulnerable by the informal sector, it must seek to dismantle the prejudices that have led to the informal sector being primarily dominated by women. Women need to be included in the planning of reparation policies, and to be taken seriously by the legal system in the case of accusations of rape. And that is only the beginning. 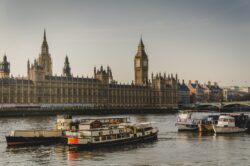 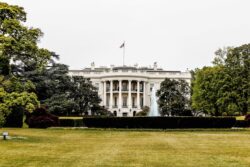