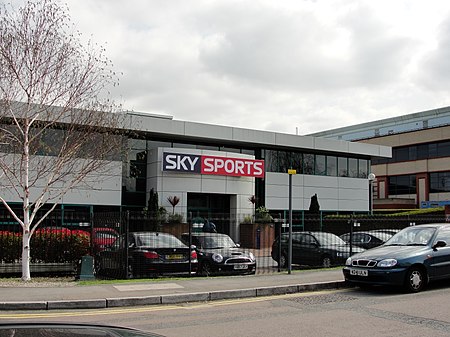 Lazy punditry is vital to the Premier League’s media circus

Early in 2020, when things were normal, and you could watch men beat the daylights out of each other on live television without worrying that they’ll contract a virus in the process, we watched the long-anticipated comeback of UFC’s old poster boy, Conor McGregor. There were a lot of unknowns going into the fight, but it went pretty much how one would expect, with Conor knocking out Donald ‘Cowboy’ Cerrone within the first minute of the first round.

I don’t know much about martial arts, but I didn’t really find the fight that interesting. What was interesting was the fallout that a certain Stephen A. Smith caused with his post-match comments, with many in the MMA world, including his own cohost Joe Rogan, taking exception to his claim that “it looked like [Cerrone] gave up”. It was an interesting (if lopsided) debate. Smith is one of the most popular figures in sports analysis, MMA is one of three most quickly growing sports of our generation, and it may therefore have seemed like a sensible marriage for ESPN+. But fans were quickly put off and downright offended by Smith’s sensationalistic (and sometimes misguided) commentary.

As a self-admitted casual of MMA, I didn’t really get the reaction. He may have had a bad take on television, but I kind of thought that was his job

Of course, the incident spawned a plethora of over the top think pieces about how someone like Smith is bad for the sport (and less so the more valid point that he may be taking the job from a more deserving candidate). As a self-admitted casual of MMA, I didn’t really get the reaction. He may have had a bad take on television, but I kind of thought that was his job. But I guess even I could appreciate how much of a no-no it is to say outright that a fighter looked like he quit. Most my consumption of sports broadcasting comes from tennis, basketball, and football, where we accuse people of giving up all the time.

This brings us to December, where we have a fresh sports broadcasting controversy. One final reminder from this hellish year that the more things change, the more they stay the same. The controversy I’m referring to, of course, is the decision of the Leeds United social media team to post a spiteful twitter video of Amazon Prime Video’s Karen Carney, in which she claims that the club has benefited from the COVID-19 pandemic. Unsurprisingly, this spawned a wave of abuse that ultimately forced Carney to delete her twitter account.

There’s a lot to unpack in this situation. I could tell you how petty I found it for a club’s official twitter account to directly respond to journalists in their fairly tame (if lazy) commentary. I could maybe talk about how utterly predictable the disgusting sexist abuse directed at Carey was for anyone who has spent more than 45 seconds on Twitter. Maybe I could say how little I buy the official club’s supposed shock at the reaction this generated … but I’m not here to discuss any of that. What I want to talk about is punditry. Specifically, punditry in the Premier League. Because what I expect from pundits in the richest league of the world’s most popular sport seems to be radically different to what UFC faithfuls expect.

It goes without saying that punditry surrounding the Premier League on any broadcaster is not at all impervious to bad takes. In fact, it’s a bit of a bad-take machine. Popular figures Gary Neville and Jamie Carragher’s recent rises as prominent pundits have been an exception to the standard of former players turned presenters. There is something to be said about how deserving some of these pros are of their roles, and how many of them are just there as social media content cows (Graeme Souness, I’m looking at you). One wonders whether other, more deserving candidates, are being sold short.

But really, in many ways, punditry is fairly self-adjusting. The people who are on your screens are only there because they generate the most clicks, most views, most interactions. It boils down to this: what do we expect from these pundits?

Most would probably say things like tactical analysis, insights of former pros, opinions on matchups, etc. Forgive my cynicism, I don’t really buy all that. What I want from pundits is what I want from football: entertainment. Something to take us deeper into the escapist football hole. If there is something to argue with, even better. And to be honest, I don’t really see a problem with that. The Premier League is one of the most valuable products on television. It’s one of the most successful exports of British television. It also happens to be one of the most absurd leagues around. One where teams that were battling relegation just last season can go on to beat the champions 7-2, or even win the league.

To me, and I suspect to many, it’s all part of the same package. Lazy and sensationalist punditry are vital pieces of the Premier League media circus that makes it such a successful cash machine. If the match is Love Island, Monday Night Football is Love Island: Aftersun. Part of the same product. Part of the package that guarantees around £80 million just for being in the topflight. Maybe I’m different. After all, I don’t have a local English team that I feel truly passionate about. To me, the football doesn’t matter. The punditry doesn’t matter. I just sit back and enjoy the show.