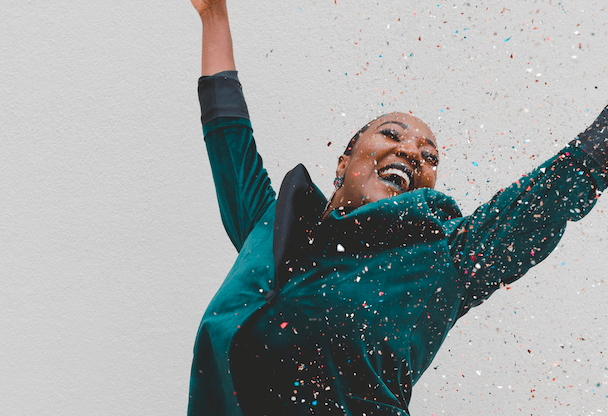 By Molly Powell
Jan. 20, 2021
Posted in Lifestyle, Relationship and Sex

Since coming to university, discussions and reveal-all drinking games all seemed to involve quizzing fellow circlers, housemates and friends on their sexual history. From day one of Freshers’ Week, it was customary for all games to feature such topics. This was harmless fun, and I loved everything about my fresher’s experience. However, these games always led to a little voice in the back of my head, comparing myself to others.

I came to university with a boyfriend, but I couldn’t help feeling as though I was missing out on being completely free, despite being so happy and incredibly in love. I think this mainly sparked from hearing other people’s experiences and receiving comments such as: “you shouldn’t be tied down at this age.”

Now fast-forward to third year, I’m single and excited about the new opportunities that are coming my way, without any ties or, selfishly, no one else to worry about. Along with this exciting new chapter of my life, it became difficult to be entirely independent and not have someone always there. This feeling was new to me since I had been in the same relationship since I was 18. I felt a mixture of wanting to be free and the usual symptoms of intense heartbreak.

When this breakup first happened, despite it being my choice, I felt utterly lost and alone. I began reading, and listening to podcasts, about being empowered while single. Anecdotes featured in these resources honestly really got me through it as I realised all my feelings were normal and I would find strength again. I tried to take this message on board, and it helped.

We need to allow ourselves to feel any emotions we have

Although, sometimes it made any wobbles in the grieving process feel much worse. I felt like a failure. Sometimes I need to admit my weakness and that I am not feeling totally empowered and confident. I soon realised this thanks to my supportive friends. We don’t need to live up to expectations of being a strong woman. We need to allow ourselves to feel any emotions we have.

From this experience, I wanted to know if other women at Warwick shared this pressure, and what their thoughts were around the subject of the sexually liberated, free woman.

My first question was whether respondents thought that women should be independent, even when in a relationship. Just one candidate, out of the total 34, answered ‘no’.

In this day and age, we, as women, are more self-assured to take on our challenges without relying on a partner to fall back on if things do not go our way. We are willing to make sacrifices and put ourselves first. However, this isn’t always easy to fulfil.

Healthy relationships can make us unbelievably happy, but it can be challenging to balance being in a relationship and striving for our own goals. It is essential to remember that we can be healthy and have incredible achievements with or without a relationship. It can often be down to how supportive a partner is. These ideas that I held did not align with responses to a question about whether the participant felt confident enough to be entirely independent without a sexual or romantic partner. 29.4% said ‘sometimes’, and 2.9% said ‘no’. This means that 11 people admitted that they’re not always confident enough, or not at all, to be independent.

Opinions on sexual experiences were mixed as 50% said they felt pressured to have one-night stands and view sex as casual, and 50% did not. I think this comes down to personal preference and how being intimate with someone can sometimes happen unexpectedly regardless of our views.

With that being said, most of the respondents said they felt pressured to be sexually free because of other people rather than self-induced coercion. Many claimed it was because their friends have had one-night stands and everyone they know talks about sex casually. Some even admitted that they had been teased for having more conservative views surrounding sex. When it comes to romantic relationships while at university, most people were on the fence about how important they are. However, more people sided with them being not important rather than important.

Again, this may depend on whom we meet and our previous experiences. The university experience has changed 60% of respondents’ views on relationships, for example. One respondent justified this opinion because of feeling lonely at university and therefore wanting a partner. Another, contrastively, said it was because university had made them pessimistic about finding a partner.

Those that have been single at university mainly said that it made them feel more independent and confident. One participant added that they turned for dating apps for validation. However, now they are “confident being single and would like to stay this way for a while, and I’ve banned myself from using dating apps because I know they make me feel bad.” So, despite the pressures of being a free woman in society, it seems as though this has not translated a great deal into people’s choices and opinions. However, many claimed others had contrasting views of their own.

Perhaps, the pressure is exemplified when talking to others in an environment where there is an expectation to reveal all and become the image of a sexually free woman stereotype. What is clear is that when it comes down to our own views, we are all strong women who can resist any pressures from others.