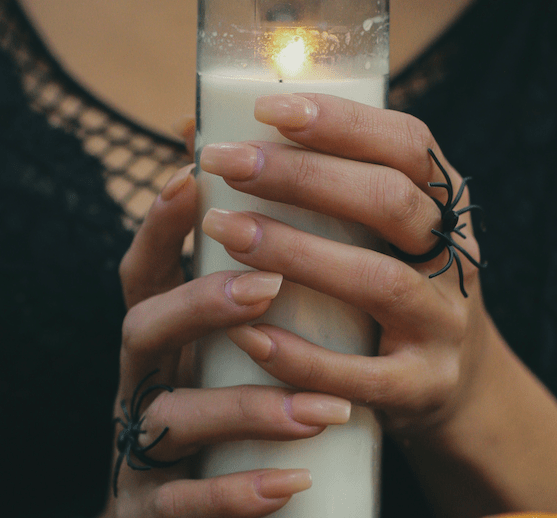 Witchcraft is such an old practice that its exact origins are difficult to trace. It’s also hard to determine exactly what the craft entails since there are so many cultural and historical differences between how a witch is defined.

From Wicca in the West to Bruja in the Americas, to Djambe in some African countries, there are still practising witches all over the world and the tradition is once again growing in popularity among young people. What exactly is drawing the youth of today to a controversial religion and lifestyle that has been persecuted for centuries?

Most people are familiar with the infamous witch hunts that took place across Britain in the Middle Ages, and later during the Salem Witch Trials in America. In the UK, up to 80,000 women are estimated to have been put to death on suspicion of witchcraft between 1500 and 1660.

Nowadays, though, witchcraft is more than that – it’s trendy

However, the origins of witchcraft date back much further. One of the earliest records can be found in the Bible, between 931 B.C. and 721 B.C, and it may have been around even longer. The history of witchcraft is long, complicated, and muddied by sexism, racism, and colonialism.

Nowadays, though, witchcraft is  themore than that – it’s trendy. On platforms like TikTok and Instagram, many people (especially young people) have been encouraged to take up the practice. Not only does the hashtag ‘witchtok’ currently have 7.9 billion views, but witchcraft has also once again become a form of feminist resistance. Perhaps, this is unsurprising.

Elisabeth Krohn, editor of witchcraft magazine Sabat, says ’witches’ as a symbol of resistance has waxed and waned in popularity since the 1950s, largely in periods when women were politically disenfranchised.

While this may be true, witchcraft has had a largely powerful and positive presence throughout my life. As a child, I consumed fantasy stories like Harry Potter and The Worst Witch, (as well as its many TV adaptations). Buffy the Vampire Slayer introduced me to Willow Rosenberg and Tara McClay, not just the first lesbian couple I’d seen on TV but the first Wiccan couple too, and movies like The Craft taught me just how powerful a coven of young women could be. Even now, I’m still drawn to movies and shows involving witchcraft. The Witch and The Autopsy of Jane Doe are both excellent horror movies to come out in recent years.

It’s obvious how becoming a witch may be empowering for young people, especially girls and women. Aside from media endorsement, witchcraft is also flexible and embraces feminism, lacking the constraints of many other religions.

Witchcraft is also easy to practice at home with a largely DIY nature involved in it. However, that hasn’t stopped consumerism from selling the craft to the eager market, through Sephora’s Starter Witch Kits in 2018, which were criticised by First Nation’s People for appropriating their traditions, and Urban Outfitters’ Chakra Body Sprays. These were similarly criticised by Hindus and South Asians. Products like this make it easier for young witches to pick up the lifestyle but also outline one of the major problems with witchcraft: the ethical issues.

The dark history behind it must be acknowledged

Cultural appropriation is a huge problem in contemporary witchcraft. Many rituals seen on Tik Tok recently have been stolen from other cultures. A key example is the use of white sage, sold in the Sephora kits, which most witchcraft groups online strongly advise against using unless it’s part of your heritage and culture. Similarly, hoodoo is a form of Black witchcraft that was born out of slavery, so non-Black witches shouldn’t play with it. It’s disrespectful.

Additionally, while reclaiming the word ‘witch’ is a great form of resistance, the dark history behind it must be acknowledged. Many Jewish people also stress that the stereotypical features of witches, such as hooked noses and having boils or warts, are highly anti-semitic.

Colonisers also used the word ‘witch’ to demonise indigenous practices in North and South America, often to justify killing those people. Furthermore, there are also still real-life witch hunts going on around the world. In several African countries, accused witches, especially children, have been abused, made homeless, and put to death.

While witchcraft can be a fascinating practice to take up, it should only be done so with care and respect

Hundreds of people are accused of witchcraft in Central Africa every year, around a thousand women are currently hiding from persecution in Ghana, and another thousand children have been put to death over the past decade in Nigeria. Witch hunts are also a problem in many parts of Asia, especially Saudi Arabia, where it is punishable by death.

Like any culture, there have also been witches who took it just too far. In 2015, one witch went viral for stealing human bones from cemeteries, (a controversy now known as ‘boneghazi’),  and consequently rocked an online community.

So, while witchcraft can be a fascinating practice to take up, it should only be done so with care and respect. Like any other religion, the histories and cultures are an integral part of the craft and a lot of it can easily be researched online. New witches should do their own research, join online groups for advice, and not just imitate whatever’s trending on TikTok. There’s a lot of guidance available out there, especially within the witching community, and can be worth looking into if the craft appeals to you. Now, if you’ll excuse me, I’m suddenly in the mood to rewatch Blair Witch…