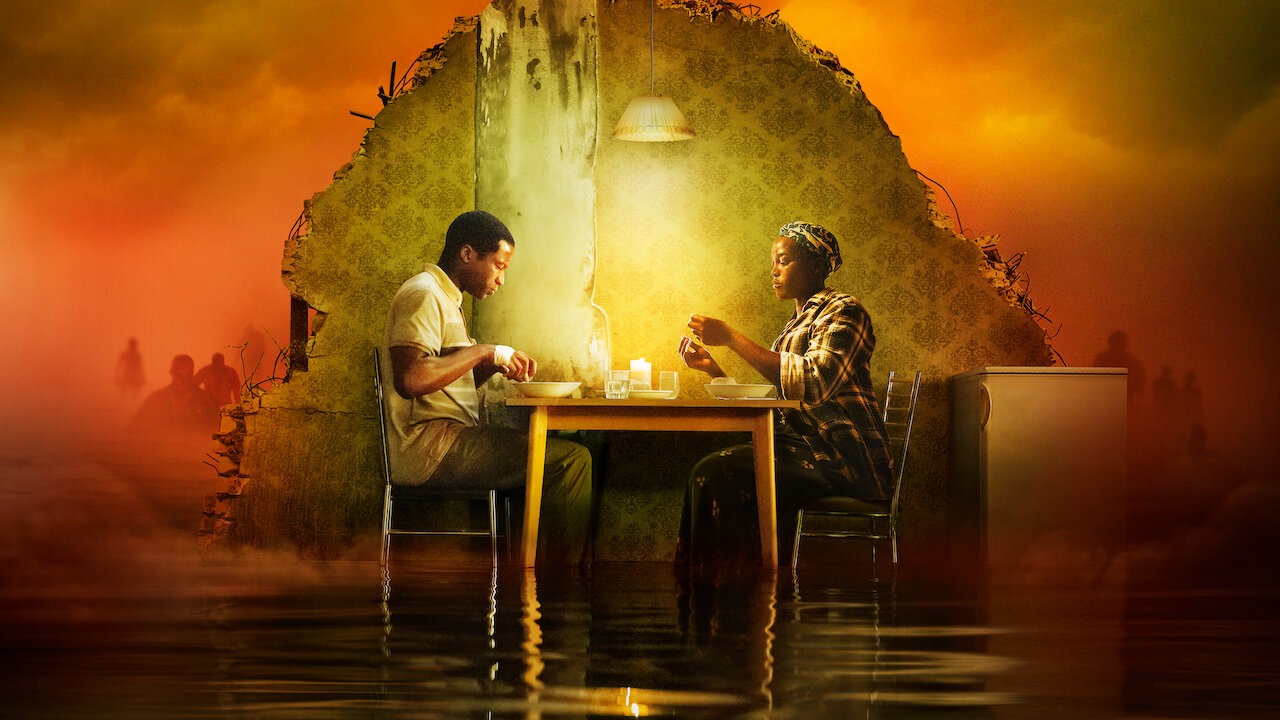 Making his directional debut, Remi Weekes grips us with the story of Bol (Sope Dirisu) and Rial (Wunmi Mosaku) who are thrown into uncertain and alien surroundings after having fled war-torn South Sudan. Painted as a thrilling horror we witness a truly honest perspective of the sinister torment many asylum seekers go through. The sounds of creaking and groans that many houses make are unsettling and effective in making us fear what is coming; while also reminding us that when someplace new, your mind plays tricks and it is hard to tell what is real.

Bol repeatedly despises the notion of going back and effectively copies the clothing ad in the supermarket to conform to the white ideal. However, throughout this production Weekes throws in subtle, but harsh truths about how the UK is not this haven of acceptance people believe it to be. As a security guard follows Bol whilst shopping for his new white look, indicating that stigmas will never be shaken.

Rial is less of an idealist, and Weekes uses the two characters to show the conflicting ideas and concerns within most refugees. Black British boys toy with Rial who asks for directions until telling her to ‘go back to Africa’, a contrast to Bol being accepted in the pub. I feel the boys represent an element of her psyche as, when lost, walls change and reappear making visual to the audience her alienation. She wants to go back to Africa, rendering the slur futile, and shows a great perspective that the British media doesn’t portray.

Not all refugees love the idea of living in the UK, this is a misconception that we as a country offer to boost a sense of patriotism. Refugees make up less than 1% of the UK total population, rendering terms in media such as ‘swarms’ and ‘mass’ when describing intake false which induces racial prejudices. With only 3% of world refugees making UK applications, it is naive and rather egotistical to assume that we offer a surplus of resources which are unavailable to people in ‘third world’ countries, which is then used as reasoning to discredit their motives for coming.

Rial prefers South Sudan despite the war and never would have left which the flashbacks of her murdered friends indicate as she is reluctant to leave the room; frequently envisioning herself surrounded by them again. What His House does to show that Britain isn’t all it’s cracked up to be should really be commended given current discourses stemming from Brexit and the BLM movement. Frequently, British people are under the impression that refugees are either poorly educated or stealing jobs thus receiving significant reward by coming here. However, we see in this film the realities of what being a refugee is like. Asylum seekers like The Mujars are not allowed to work or leave their dark, baron house being made to report weekly and having only £74 a week to live on.

There is an overwhelming sense of hopelessness and lack of belonging that grows the more they spend time living in the UK. After spending up to a year in a detention centre Bol and Rial remain optimistic despite their fellow bunkie stating that they will probably be sent back. With 46,108 still awaiting an initial decision for over 6 months, it is no wonder that guilt and PTSD grow in the mind, evident in the opening scene where we witness the hardships of escaping South Sudan that Bol and Rial suffered before Bol wakes up in the detention centre.

One of the pivotal plot twists of this horrifically honest adaptation of Felicity Evans’ story shatters our perception of what is ‘good’ and ‘bad’. Bol repeatedly states how he and his wife are ‘good people’ as if to convince not only those involved in their processing but also himself. What unravels is a constant haunting and warped mental state by the ‘ghosts’ of those he and Rial left behind. This haunting and its psychological impact is ultimately ignored by those around them, primarily Mark (Matt Smith). Mark witnesses Bol becoming hysterical as he breaks a glass in his hand when discussing the ‘rats’ infesting his house, yet does very little to help him, instead mocks him and refers to him as being ‘mad’ while smirking later on.

With over 60% of refugees experiencing significant mental strains such as depression and PTSD, this film portrays well the lack of support generally towards refugees, with the glaring neighbours and racial slurs from children telling Rial to ‘go back to Africa.’ Made valid is the caution of seeking mental help, with less than a third of refugees receiving support despite having free access to the NHS. Moreover, this concept of ‘good’ and ‘bad’ explored in His House makes us understand the desperate lengths many have to go through to survive. This does not make The Mujars ‘bad’ people for their dreadful actions, but simply victims of circumstance who reacted in the moment whilst shocked and in fear. Actions which I am sure many of us would copy when thrown into the same circumstances and misfortune.

We usually see horror films as surreal and so distant from reaching us as individuals, yet despite the supernatural parts of this film being fictional, the mental state, survivor’s guilt and subtle day-to-day racism are completely realistic. Weekes has shed great light onto such an ignored and stigmatised conflict by humanising these people we usually only see through the medias’ portrayal, as numbers and percentages or groups referred to as ‘swarms’.

What is revealed throughout His House is candidly harrowing and an accurate representation of racism and ignorance toward individuals already troubled in the UK. This is a film that will stay with you and make you question more the subtle nuances of prejudice within Britain as we are not exempt from being a racially insensitive and misinformed country. I personally cannot wait to see what the future works of Remi Weekes hold and I compel you all to watch this remarkable adaptation. 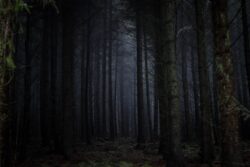 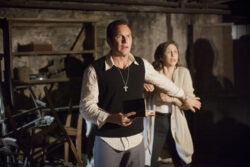