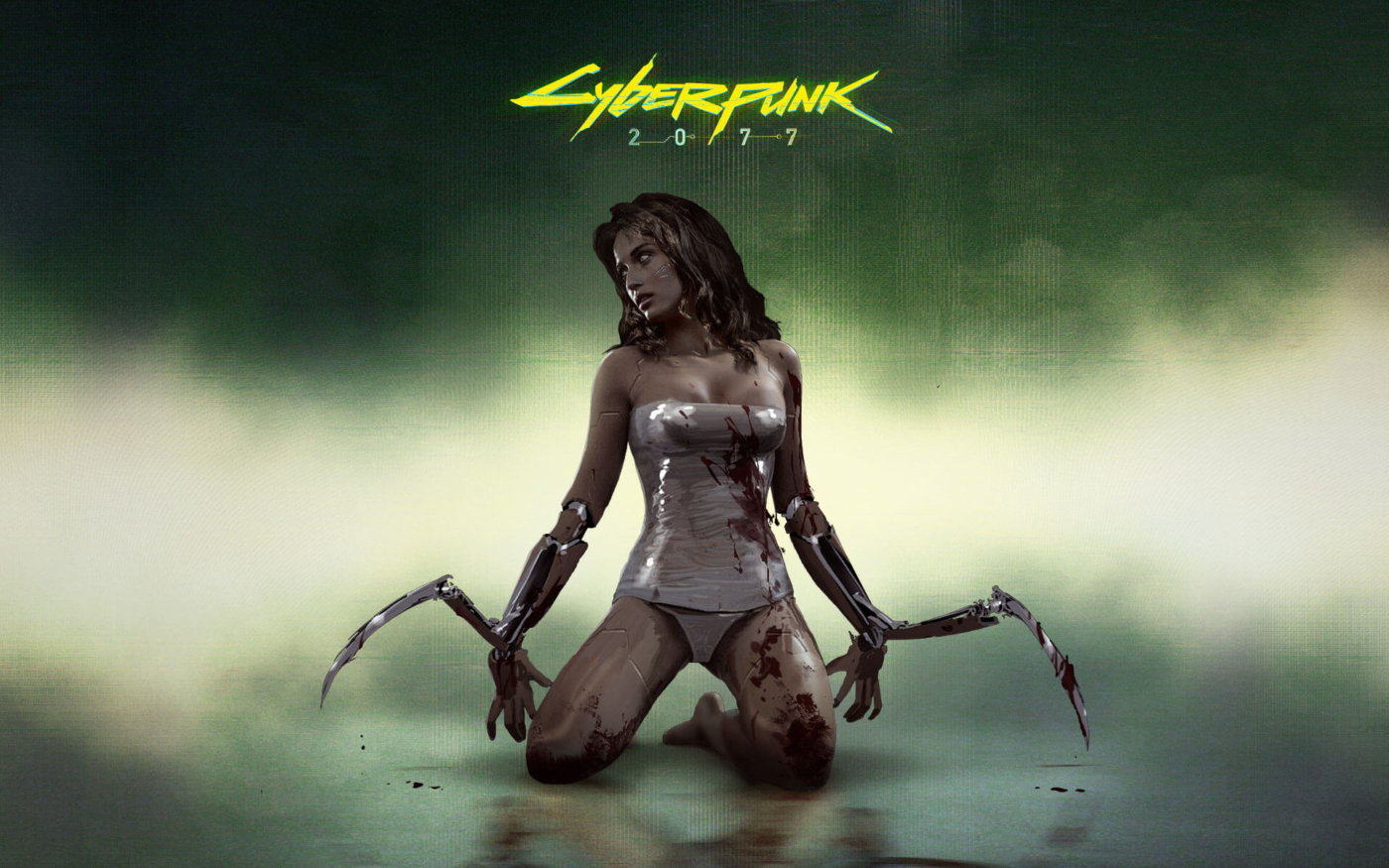 Cyberpunk 2077’s first few weeks out in the wild have been eventful, to say the least.

Few games could be said to have generated as much buzz as CD Projekt’s latest open-world RPG was able to. Unfortunately, even if the weeks and months (even years) building up to the game’s release might have been fostered by positive emotions, feelings quickly turned sour post-launch.

Winning around 200 awards pre-release, Cyberpunk 2077 initially had everything going for it. From an enticing premise based on Mike Pondsmith’s acclaimed dystopian tabletop role-playing game to CD Projekt Red’s development team fresh-off the back of the award-winning The Witcher 3: Wild Hunt, all this seemed to indicate a perfect recipe for success. Throw in a budget of over $300m and guest appearances from various celebrities including Keanu Reeves and Hideo Kojima, and Cyberpunk was lining up to be the best game released in years.

Sure, in the months building up to the release, CD Projekt Red was marred by the accusations of fostering a “crunch culture” – a controversial practice whereby game teams are forced to work overtime in order to meet a deadline, sometimes for weeks and even months. And yes, Cyberpunk was delayed three times (from April to September, then to November, and then to, finally, December), but the CDPR executives assured fans and shareholders alike that development was running smoothly, with the joint-CEO Adam Kaciński now infamously describing Cyberpunk’s performance on last-gen consoles as “surprisingly good” in November 2020. What reason was there to suspect that trouble was brewing?

The review embargo lifted on 7 December, and the consequent quasi-unanimous praise that followed from reviewers who could finally share their thoughts seemed only to confirm that a masterpiece was about to be released.

Fans’ anticipation had seemingly been rewarded. Multiple outlets were heaping praise on the game, complimenting the setting, story, characters and graphics. The majority of criticisms focused on frequent visual glitches and bugs – but with reassurances that a Day One patch would resolve these, fans could take solace in the fact that the game was a great gaming experience, at least on the PC – the only platform CDPR gave review codes to.

It took only a few hours after release for the honeymoon between fans and CD Projekt Red to end. The multiple delays had tested fans, but CDPR had been forgiven as the reward for such patience had been thought would surely be great. This was not to be the case.

One thing is certain: CD Project’s good reputation is no more

If PC and next-gen users encountered a few annoying bugs and glitches, for last-gen players, the game revealed itself to be a total shamble. Glitches, bugs, lagging, and crashing issues… Cyberpunk 2077 resembled an amatorial work rather than a AAA game. On Xbox One and PS4, the game was practically an unplayable experience. It was hardly an expected outcome, especially since the game had been in production for a few years.

Understandably, many started to feel they had been duped by CD Project Red, although some were able to see the bright side of things, as proven by the plentiful memes that have since abounded online (showing the vast arrays of experiences Night City has to offer, from randomly exploding and flying cars to trips in the outer space). To just get a taste of how quickly feelings towards the game and the team behind it changed, it is sufficient enough to check Cyberpunk 2077’s official subreddit in the days following the release, where users’ posts went from excited and positive to down-right infuriated. Quite the change.

It would be tedious to detail the various events that have occurred around the game’s release in the past couple of days, as the situation is ever-changing, but it is certainly noteworthy that the game has been delisted from the PlayStation Store. In general, the state of Cyberpunk 2077 at release is an unprecedented situation for a AAA title; one that is likely to generate consequences. But the real question is whether these will be far-reaching, or will remain confined to the game itself and the team behind it.

One thing is certain: CD Project’s good reputation is no more. It may sound a bit melodramatic, but CD Projekt has committed an unforgivable mistake by covering up Cyberpunk 2077’s performance issues, and only apologising once the backlash got out of control.

Although duping the public may have served them good in the short-run – eight million pre-orders would make any gaming company happy – the long-term consequences will likely bite back. Not only in terms of people clamouring for refunds, but also in terms of, the company’s standing among investors and the gaming world.

One has to only look at the hit CD Projekt’s stocks took – as of December 28, CDPR’s share price is 273.5 PLN, down from 443.00 PLN on December 4, with the company’s value decreasing by over $1.8bn. Class-action lawsuits are also impending, based upon the claim that the company misled its shareholders.

All this paints a grim picture for the company, and it will be interesting to see what the future holds for CDPR and its executive team many deem responsible for the development mess. While executives often avoid such consequences, some form of retribution may come for CD Projekt executives, with furious developers demanding explanations as to why the executive thought the game could be launched in the current conditions.

Assuming CD Projekt is able to pull through, it will take time to rebuild a relationship of trust with consumers. It’s not only a matter of having released a buggy mess of a game; the company simply overstated the game’s virtues.

Some features, including Life Paths, are not nearly as significant as they had been argued to be, and other elements are downright infuriating (NPC’s AI is a case in point of this). It’s not only players who have been tricked – reviewers and journalists have also been the victims here. It would be easy to say that it’s partly their fault, but the truth is CD Projekt’s NDAs barred reviewers from showing gameplay footage – giving them only a PC version of Cyberpunk 2077 ultimately meant that these outlets were reviewing an entirely different experience than the one consumers may face.

I sympathise for the development team

Hence, I can imagine that in the future reviewers will not take as kindly to the Warsaw-based company, and will think twice before publishing a positive review of any of their games.

Naturally, I am not advocating for the demise of the company, nor the game. I sincerely hope they are able to pull out a No Man’s Sky 2.0. Certainly, in the upcoming months, the game will be better performance-wise. I sincerely hope so for the team behind the game. Even if I have little to no sympathy for the executive board, I sympathise for the development team, forced to crunch for months on end. Had they been given more time, and treated better, the game would not have come out in these conditions.

In terms of consequences at the industry-level, the most realistic thing I can see happening is a more stringent process in awarding certifications to games that hopefully adds some new requirements, including issuing warnings for seizure-inducing light patterns, another issue Cyberpunk 2077 faced.

I can also imagine platform holders will be much less willing to be lenient in awarding certifications to third-party developers’ games in exchange for the promise that they will be ready and bug-free on launch day. Hopefully, we will be seeing day-one games being a lot less buggy and glitchy then they are often when released.

It’s a sad situation. And in many ways, there is a sense of irony to this mess. I think back to the official Twitter account for the game, constantly cracking jokes, promising a meme-worthy experience and taking digs at other developers for only caring about money, and not about the players. Ultimately, the game that criticises the influence of evil corporations has, well, turned out to have been produced by just that type of corporation; CD Projekt’s executive has definitely outdone themselves in trying to embody the themes of the game.