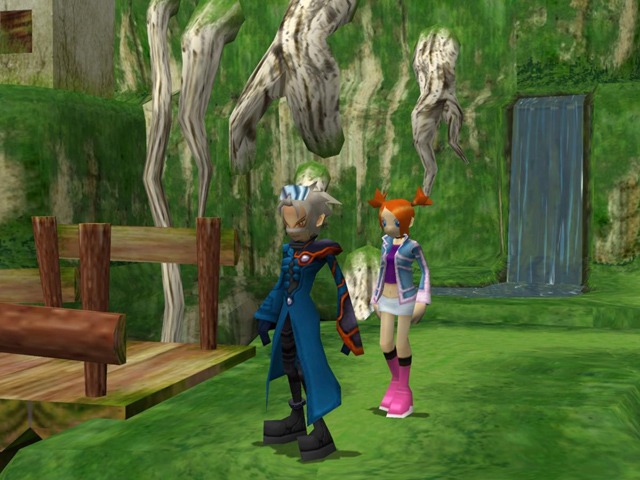 The Pokémon franchise is definitively a mainstay within the world of gaming. Its influence and success since its Japanese debut in 1996 is undeniable, culminating in the multi-billion dollar juggernaut that we know today. Pokémon has branched out into anime, a trading card game, and merchandise using both the likeness of these iconic creatures and even some characters.

A major part of this success, however, is still due to the franchise’s feats in the world of gaming, with specific attention being drawn to its vast amount of spin-off titles that have been spawned over the years. With over 30 spin-off titles on offer, all of which cover a variety of genres, there is bound to be something for everyone.

In any discussion of Pokémon spin-off titles, it would be remiss to leave out the Pokémon: Mystery Dungeon series. This dungeon-crawling title is probably the most well-known Pokémon spin-off, having also starred in episodes of the long-running anime series, alongside a manga adaptation.

The first two titles, Blue and Red Rescue Team, were released in 2005 for the Nintendo DS and Gameboy Advance respectively. The series typically follows the same basic story: after taking a personality quiz, you, the player, get put into a Pokémon’s body, and soon, through a series of events, form a rescue team to help helpless Pokémon by rescuing them from various randomly generated dungeons.

Overall, the series has quite a consistent level of quality (except for Explorers of Infinity – that one has some issues) with the 2009 game Explorers of Sky being very well regarded within the fandom. If you wanted the quintessential experience and have access to a Nintendo Switch, I would highly recommend the remake of the first Mystery Dungeon games, Mystery Dungeon DX. While the story is rather simple on the surface, the heart and charm from the games’ many characters is undeniable, and is what really makes both this game and the series something rather special.

The pre-mobile era created spin-offs to expand on the world of Pokémon, whereas the mobile spin-offs tend to focus on its legacy

Two other major highlights within the realm of spin-off titles are Pokémon Ranger and the Pokémon Colosseum series. Both series are (as far as we know) defunct, but provide a distinct flair to the Pokémon franchise. The two series emphasise a more story-focused experience in comparison to the mainline series, with Colosseum being surprisingly mature for what is considered to be a product aimed at a younger audience.

Nonetheless, the major difference between these two is the gameplay. Pokémon Ranger takes a more action-RPG approach, while Pokémon Colosseum sticks to the tried-and-true Pokémon gameplay. Much like Pokémon Mystery Dungeon, both series give a fresh perspective to the world of Pokémon, with a great sense of heart behind every character and experience. While both Colosseum games are equally enjoyable, the latest Ranger game is definitely a firm recommendation – provided you can get it!

Pokémon has also delved into many other genres. Most noticeably it has various arcade games, including pinball, picross and games of that calibre. This kind of spin-off game is what seemed to comprise most of Pokémon’s efforts on the ever-growing world of mobile gaming.

One particular highlight in Pokémon’s mobile game efforts is Pokémon Café Mix, a very cute and easy to play game which takes place in a café run by you and a group of Pokémon, with gameplay that is reminiscent of many popular mobile games such as Candy Crush. What pulls this game together, much like Mystery Dungeon, is its overflowing charm, most noticeably in the presentation.

Of course, the main highlight of Pokémon mobile games is Pokémon GO, as despite it not having the booming user base it used to have, player numbers and profits are still relatively consistent, with the game receiving many updates along the way. Pokémon has even attempted to replicate the success of the Fire Emblem franchise, with Pokémon Masters being obviously inspired by Fire Emblem Heroes, using much of the same mechanics of Heroes, although this has yet to properly reap the same amount of success.

While both the pre-mobile and mobile eras have their highs and lows in terms of quality, the focus of these eras is very distinct. The pre-mobile era created spin-offs to expand on the world of Pokémon, whereas the mobile spin-offs tend to focus on its legacy relying on nostalgia for its characters for a lot of its own success.

However, while the shift to mobile gaming is noticeable in the case of Pokémon, and with that, the recognition of its own legacy, that doesn’t necessarily mean The Pokémon Company has completely forgotten Nintendo consoles as a place for its own spin-offs. This is, of course, a reference to the New Pokémon Snap (yes, that is its title) arriving in April 2021, which is the much-demanded sequel to the beloved Pokémon Snap, perhaps indicating that the Pokémon team both still remembers its fans and the intention behind a lot of these spin-offs: to expand the world of Pokémon.