It would not be controversial to argue that 2020 was the worst year in living memory. It seemed as though Pandora’s box was unleashed upon Britain and the world. Covid-19 has led to over 70,000 Britons dead and many still ill or suffering. Successive lockdowns and social distancing regulations led to sharp increases in domestic abuse and suicides, and the worst recession in over 300 years.

While some may see the new year as a chance to move on, we are a nation and world still deep in tragedy. In the twilight of 2020, a new variant of coronavirus that may be up to 70% more transmissible reared its ugly head, and almost all of the UK were put under further fierce restrictions of tiers three and four. These measures weren’t effective enough and a strict national lockdown has since been imposed. While vaccinations are being carried out up and down the country, there is no indication that life will bring anything close to normality for months to come.

While some may see the new year as a chance to move on, we are a nation and world still deep in tragedy

Yet, even after Covid-19 has been and gone, the depression and devastation will be long lasting. Jobs and incomes will be hit for years to come, with youths being amongst those to suffer the most. Bankruptcies will continue to mount up, new hires will be low, and layoffs will be much increased. Unemployment is set to more than double to around 8.5% in 2021. This is likely to persist, at least in the medium term, due to the economic reconfiguration resulting from both Covid and Brexit.

2020’s closing act was Britain’s departure from the single market. The eleventh hour trade agreement was welcome, purely to avoid the untempered chaos that would have ensued from a no deal outcome. However, there is no doubt that this deal is paper thin, with British services worth 80% of GDP neglected. In particular, the UK’s prize export of financial services has no significant arrangement. One would think that instead of spending months haggling over every last fish, the UK government would’ve at least made an attempt at supporting the world’s second largest financial centre which is worth 315 times as much to its economy.

Upon the second opening of Pandora’s box, all that was left was hope

This will no doubt result in an economic double whammy. Before even leaving the EU, economists including Benjamin Born calculated that the vote to leave the EU had cost the UK economy around 2.5% of GDP as opposed to the counterfactual of a vote to remain. The hard Brexit we’ve ended up with will unquestionably further damage GDP, thus intensifying the current economic depression. The Bank of England’s recent business survey is one of many clear indicators of the damage to confidence, investment and income that leaving the EU will exacerbate. Many businesses on the brink of survival after Covid may end up being pushed off the edge by Brexit.

After 2020, 2021 seems bleak; a disaster in rolling out the vaccine or a new superbug could easily make it rival its forerunner. But upon the second opening of Pandora’s box, all that was left was hope. The anticipation of a smooth vaccination operation — and thus a return to some sort of normality — may be all that 2021 gives us to look forward to in a world where the demons of 2020 are still rampant. 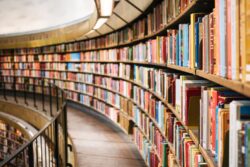 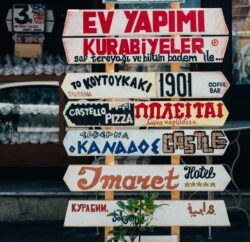