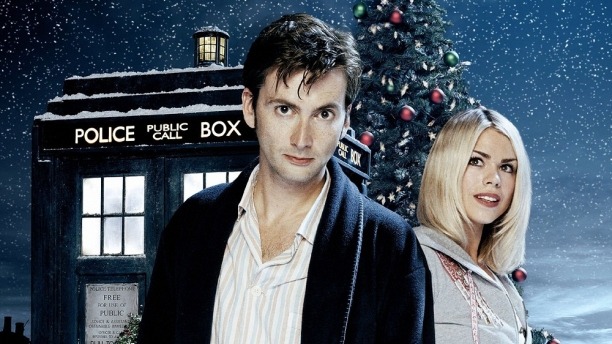 What do you do on Christmas Day when you’ve eaten too much and played enough board games? Watch Christmas TV of course! But which shows have had the best festive specials over the years? Here are my picks:

The Simpsons: ‘Marge Be Not Proud’

‘Marge Be Not Proud’ is not exactly the jolliest Christmas special, but you could certainly argue it’s the most heart-warming. Bart wants a video game, but Marge won’t buy it, so he tries to shoplift one. He gets caught, and eventually the rest of the family find out. Marge and Bart’s relationship appears to reach a new low, before Bart makes amends and the family’s Christmas is saved.

Of course, it’s classic Simpsons, so there are some hilarious jokes too. Lee Carvallo’s Putting Challenge. The answerphone gags. “Why do you think I took you to all those Police Academy movies? For fun?”. But what separated this show from other comedies was its heart. Just like ‘Bart Gets an “F”’, this one hits you right in the feels. It’s impressive how you can feel so sorry for an animated character whilst also laughing at the jokes. For a series often seen as just a kid’s cartoon, this era of The Simpsons was smart, complex, and moving. In just over twenty minutes there’s satire, emotion, and truth. Humans have celebrated winter festivals for millennia as they try to get through their darkest days emotionally and, at least in the Northern Hemisphere, literally. ‘Marge Be Not Proud’ is a tale about redemption, about getting through those tough times. But here, at Christmas, Marge and Bart remind us that sometimes there can be a happy ending.

For a series often seen as just a kid’s cartoon, this era of The Simpsons was smart, complex, and moving

Doctor Who: ‘The Christmas Invasion’

Since it came back in 2005 Doctor Who has given us plenty of festive specials. There’s been action packed ones like ‘Voyage of the Damned’ and ‘Resolution’. We’ve experienced tear-jerking farewells in regeneration stories ‘The End of Time’, ‘The Time of the Doctor’ and ‘Twice Upon a Time’. And the show has put timey-wimey twists on Christmas with episodes like ‘A Christmas Carol’ and ‘The Snowmen’.

‘The Christmas Invasion’ might seem like an odd choice then. Despite being David Tennant’s first full episode, he’s not really in it much. There are no returning foes. Instead of defending an alien town or meeting a superhero, the Doctor has Christmas dinner on a council estate. So why is it on this list?

Pretend it’s June 2005. Doctor Who has just come back after a lengthy hiatus. Christopher Eccleston’s Doctor has introduced a whole new generation to the show and then BOOM! Right at the end of the series there’s an explosion of golden light and he morphs into another man. I suspect lots of kids didn’t know there had been Doctors before Eccleston, or what regeneration was. They’re desperate to know who this new Doctor is, if he is even the Doctor at all. And then, after months of waiting, you’ve still got to wait a few more agonising minutes. The world is facing an unknown threat and not only are the characters begging him to wake up, but the audience are too. We need to know who he is!

And then, just when he’s needed, the TARDIS doors open, and he smiles. “Did you miss me?”. Oh, we did. He’s back. He’s confident, charming, yet still unmistakably alien. He is the Doctor. And just like Rose Tyler, we’re more than happy to invite him into our homes. A beautiful end to its first year back.

Oh, and let’s not forget the best line in television history. “I’m gonna get killed by a Christmas tree!”.

And just like Rose Tyler, we’re more than happy to invite the Doctor into our homes

Wallace and Gromit: ‘The Wrong Trousers’

Hey, it aired Boxing Day 1993, so it counts. And what’s not to love? A heist using robotic trousers. The villainous chicken-disguised-penguin Feathers McGraw. A chase along a model railway set. Sure, it might not scream ‘Christmas!’ as much as some other specials but when you’re stuffing your face with leftover-turkey sandwiches, who cares?

Nick Park’s film is genius. It’s absurd as well as intelligent, and you can’t help but smile at it whether you’re a child or a pensioner. There’s a real charm to it, thanks to the efforts of Aardman Animations, and it’s just… brilliant, really. It might not be as moving as some specials or quite as epic as others, but it’s not trying to be. It’s the story of one man and his dog getting into wild situations, not some Hollywood blockbuster. When you find yourself slumped on the couch on Boxing Day, it’s incredibly satisfying to know you don’t have to get up and fetch the remote for another half hour. A joy to watch.