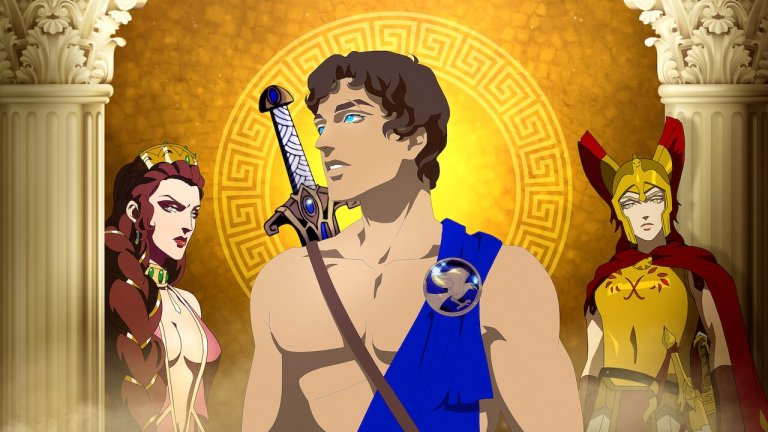 The ideal starter series for those into Greek mythology: ‘Blood of Zeus’ review

As a lifelong fan of animated storytelling, whether it be Japanese anime or Pixar-style animation, Blood of Zeus caught my eye. Produced by the Netflix anime department, Blood of Zeus is a beautiful series which truly dives into the lore of Greek mythology. Throughout the 2000s we saw the popularisation of Greek mythology in Western media with the likes of Troy (2004) and the Percy Jackson series. This sudden craving for Greek mythology may have stemmed from Disney’s 1997 Hercules movie, which honestly did quite a bad job with the depiction of the Olympian Gods. This 2020 animation, however, is a breath of fresh air for those well-versed in Greek mythology.

The creators Charley and Vlas Parlapanides were passionate in their research. It’s clear even in the first episode that the thought that went into the lore of the series was extensive. When basing a series off an existing culture or historical era, it can be incredibly tough to account for all aspects. Although I am not of Greek descent, as an ancient history student I was rather pleased. The effort that the Parlapanides’ put into the show really pays off – from the first episode I managed to distinctively identify the location, and perhaps time period in which the show was set, all based on the background objects like Amphoras (wine storage jugs).

I personally found it refreshing to see diversity represented in the show, as it is important for viewers now but also fundamental for understanding ancient culture

Not only was the general setting of the animation reasonably accurate, the appearances of the characters were too. It’s often assumed that the ancient Greeks were fair-skinned and blonde, but due to the mixing of ethnicities from all over the Mediterranean it’s more likely that their appearances would be insanely diverse. The main character, Heron, looks like a figure taken straight from a classical statue; his curls, deep brown eyes and light brown skin were animated perfectly to get the ancient look. I personally found it refreshing to see diversity represented in the show, as it is important for viewers now but also fundamental for understanding ancient culture.

I love vivid and exciting stories, which is why animation is possibly my favourite medium for storytelling. The colour palette in Blood of Zeus is extraordinary, it ranges from deep blues and reds to bright purples and yellows when depicting Olympus. The animation is different to anything Netflix has ever produced before, the use of colour is phenomenal. Characters are often associated with particular colours, Hera with purple and the Amazon Alexia with red. I find that that the use of colour in a thematic sense is just as important as musical themes, which the show also does brilliantly. The soundtrack provides a sense of glory, which fits perfectly in the adventure-fantasy genre of the series.

Perhaps the most appealing aspect of Blood of Zeus are the characters. Our hero, Heron, has a standard adventure story – he was once a normal boy then his circumstances changed. This trope is executed well in the series; nothing is unfairly handed to him and we witness a steady development in his character and abilities throughout the eight episodes. One surprising character was the Amazonian warrior Alexia. It was unexpected to see the average Amazonian in this context because they are usually overlooked or reduced to Wonder Woman. Her character, along with a few other side characters, bring more context to the world making it feel more lived in. The main villain of the series, Seraphim, has an interesting backstory which is tragic but not too played out, and he is unusually layered for a villain.

I enjoy the creators’ interpretations on certain Gods too, their depiction of Apollo was unique but was distinctly him – it should also be applauded that they acknowledge the God’s sexuality rather than hide it

Typically, the Olympian Gods are portrayed in a stereotypical fashion with Zeus being omnibenevolent and helpful while Hades is deemed a monster. Though Hades makes only small appearances in the series so far, the portrayal of the rest of the Gods is fantastic. I enjoy the creators’ interpretations on certain Gods too, their depiction of Apollo was unique but was distinctly him – it should also be applauded that they acknowledge the God’s sexuality rather than hide it. The most cherished depictions, however, were Hera and Zeus. Throughout my time consuming media on Greek mythology, I have never seen a better on-screen version of these two figures. Zeus’ toxicity is highlighted alongside his attributes, giving him nuance and allowing us to sympathise with his decisions. Hera was magnificent. I always felt as though she was overshadowed by the likes of Athena or Aphrodite, but we see her in true fashion to the mythology.

Blood of Zeus is a great starter series for those interested in Greek mythology. It’s light-hearted but also layered and intricate in both its stories and characters. 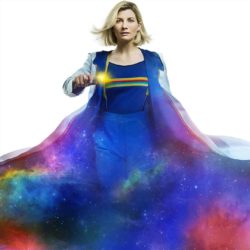