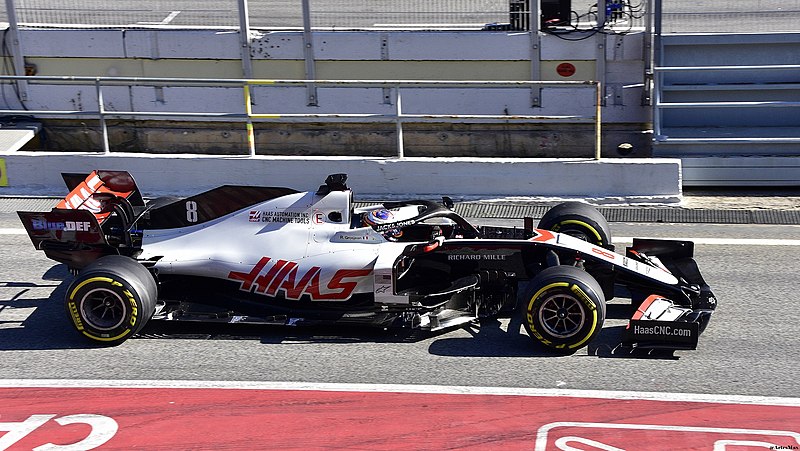 Romain Grosjean narrowly survived a horrific accident on the opening lap of the Bahrain Grand Prix. Coming out of Turn 3 on the first lap, the Frenchman hit the barrier at 137mph. The 53G impact ripped the car in half as the driver’s compartment was lodged into the barrier amidst the chaos.

The Haas ignited upon impact and flames engulfed the wreckage instantaneously. In a scene that was reminiscent of Niki Lauda’s terrifying crash at the Nürburgring in 1976, Grosjean was trapped in the inferno for twenty-eight seconds.

“All my muscles relax… I’m dead… I will die, which part will burn first?” said Grosjean of his harrowing ordeal in an emotional interview with Sky Sports F1. He described the twenty-eight seconds in detail, explaining how his visor was melting and that all he could see around him was the ember glow of the fireball in which he was at the very centre.

Grosjean remarked that, initially, he couldn’t get out of the car and accepted his fate.

“There’s a less pleasant moment where my body starts to relax, I’m in peace with myself and I’m going to die.

“Then I think of my kids and I say no they cannot lose their Dad today.”

The fight or flight instinct kicked in and Grosjean was able to free himself from the burning wreckage.

Terror gripped the paddock as the race was red-flagged. For a while no one knew what was happening and whether or not Grosjean was okay.

However, an enormous sense of relief flooded the paddock as Grosjean successfully managed to extricate himself from the car, narrowly escaping the flames.

FIA doctor Ian Roberts was immediately on the scene to help him away from the wreckage and into an ambulance. The Frenchman was rushed to the hospital and, thankfully, walked away with relatively minor injuries of burns to the backs of both hands.

The halo (a safety device designed to protect the driver’s head) was introduced in 2018 and was met with much criticism, proving unpopular with fans and F1 drivers alike. That being said, the debate as to whether or not the halo was a good idea ended as soon as Grosjean hit the barrier. Without it, the likelihood is that Grosjean would not have survived the impact. Everyone was thankful to see the Halo doing its job.

Grosjean’s survival of the accident was nothing short of a miracle. The fact that he could walk away with minor injuries is a testament to just how far safety has come in F1. The last horrific crash which shook the motorsport world to similar proportions was six years ago, Jules Bianchi’s tragic accident at Suzuka.

Owing to the injuries sustained during the crash, Grosjean was forced to miss the Sakhir Grand Prix this weekend with Pietro Fittipaldi, son of two-time F1 world champion Emerson Fittipaldi, as his replacement.

In an emotional video message posted on Twitter, Grosjean confirmed that he will not be able to participate in the final race of the season at the Yas Marina circuit in Abu Dhabi.

Despite the hasty end to his F1 career, hope comes in the form of Toto Wolff (Mercedes team principal) who revealed earlier this week that he would be happy to offer Romain Grosjean the opportunity to drive an F1 car again. This time, in the championship-winning Mercedes at the Abu Dhabi Young Driver’s Test. A private test with Grosjean behind the wheel is what everyone wants to see, it would be a beautiful end to the French driver’s F1 career.

Will we get to see Romain Grosjean back in an F1 car soon? I hope so.