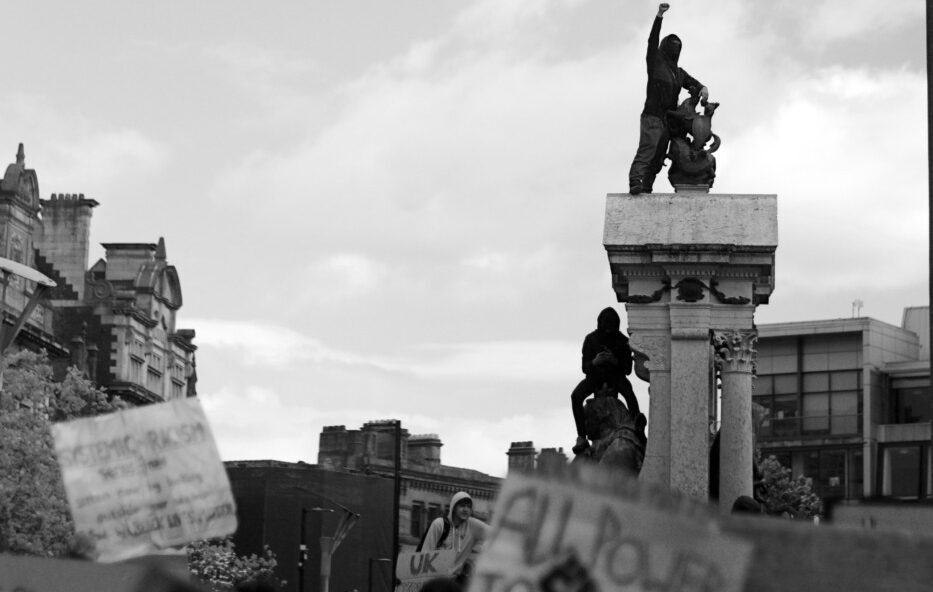 Statues and what they symbolise have been quite the hot topic of conversation this year. In the aftermath of the Black Lives Matter movement, and the killing of George Floyd by police in the US, discussions surrounding the dark nature of statutes and what they celebrate have rightfully been had around the world. In the UK, this has culminated in the taking down and vandalism of statues which represent Britain’s awful history of slavery and imperialism.

Amid these growing conversations surrounding the role and rightful place of statues in Britain, it is surprising to hear about the decision to erect a new statue. Is it honouring the NHS staff who have worked tirelessly throughout the pandemic to save countless lives? Is it a statue to commemorate some of the people who’ve lost their lives this year because of the pandemic?

Nope. The statue which is planned to be built within the next year is actually to honour one of Britain’s most divisive and controversial prime ministers – Margaret Thatcher.

In the past month, plans were unveiled that revealed over £300,000 would be spent on a bronze statue of Britain’s first female prime minister, in her hometown of Grantham in Lincolnshire. With a ceremony that would cost over £100,000, South Kesteven District Council were forced to put the proposal on hold. This decision was made after more than two-thousand people vowed to attend an egg throwing contest should the statue be constructed.

Businesses and local residents of Grantham have been struggling throughout the pandemic, coping with the economic ramifications of lockdown after lockdown

For anyone who doesn’t know anything about Grantham, it’s shocking to hear that Britain’s first female prime minister came from a former-industrial town in Lincolnshire. Grantham is one of the areas that is currently under Tier 3, like most of the Midlands and the North. Businesses and local residents of Grantham have been struggling throughout the pandemic, coping with the economic ramifications of lockdown after lockdown. The town has spent a large amount of time in Tier 3, while most of the South and London enjoys the freedom of Tier 2 and even Tier 1 restrictions. I’m sure residents aren’t best pleased to hear that money will be spent on a piece of metal rather than the local economy and people.

It seems inappropriate to be celebrating the image of a prime minister whose premiership saw the unbeatable record of a 12% unemployment rate and the decimation of working class mining communities across the UK. Along with implementing the harshest austerity policies which left millions on the poverty line, the decision is pretty insensitive considering the economic hardship that many people have experienced this year.

Alternatively, there is the argument that the statue might bring well-needed tourism money into Grantham. Locals have expressed hope that it will attract visitors to the museum: Conservative councillor Robert Reid said: “she was the Iron Lady who put the iron back into Britain.”

While there are undoubtedly some Thatcher supporters in Grantham, the outcry that we’ve seen in reaction to the amount of money being spent on the statue cannot be ignored. Yes, it is being funded by private donors, but if the town surrounding the statue is struggling under the pressures of the pandemic, it seems cruel to have a huge, expensive piece of junk lauding and laughing at them.

The statue was originally meant to be erected in Parliament Square, but these plans were rejected. At the end of the day, I’m not from Grantham, or even from Lincolnshire, so I can’t profess to know how the people of that town feel about the plans to unveil Thatcher’s statue. What I do know is that I come from a former mining area. If plans were made to place a statue of the woman who destroyed many in my community’s livelihoods and sense of purpose, the statue would have a similar fate to that of Edward Coulson.

There are times and places to celebrate history. I can’t deny that there are lots of people, particularly in the areas that were unaffected by Thatcher’s premiership, that might want to celebrate and honour her memory. That’s fine. But I don’t believe the right time or place to be announcing plans to build a statue is within an area already struggling with a global pandemic. So, while there is understandably an outcry on the behalf of Conservative councillors and Thatcher supporters in the community of Grantham, it’s undeniable that this is not the right time to be putting up the statue.