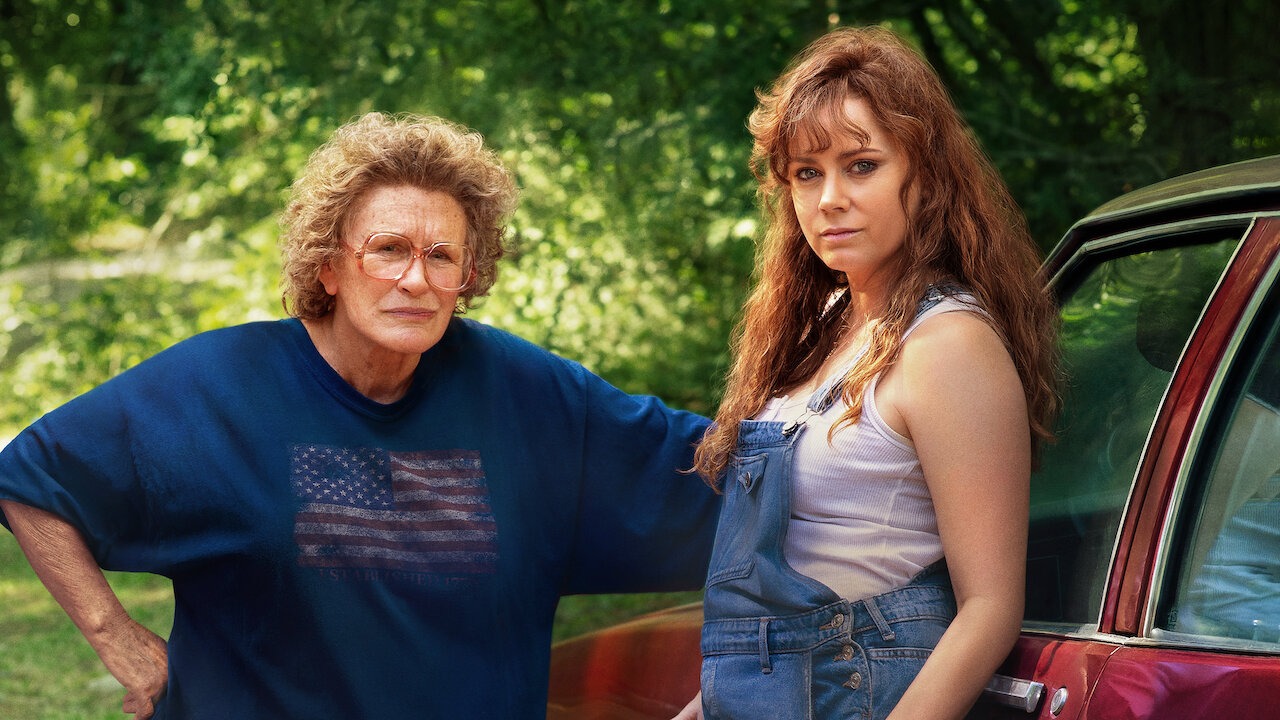 After watching Hillbilly Elegy, it’s clear to see at this juncture in his career that Ron Howard may no longer have any semblance of the brilliance he once showed. I am sure all of those unfortunate would-be directors who paid their real, hard-earnt money to see Howard’s directing Masterclass are feeling the same despair as I felt sitting through this film. That is unless Hillbilly Elegy was merely a formal exercise that Howard is going to use as a case study in his lesson plans for how not to direct a film.

I say to myself that I must not be too harsh, as there are slithers of redeemability with this film, but on a deeper reflection, these small glimmers of ‘hope’ do not outweigh the tediously condescending and brain-dead remainder that in all aspects, fails to do what it set out to do.

Based off of J.D. Vance’s memoir of the same name, the film follows a Kentucky family from 1997 to 2011. Vance’s mother Bev (Amy Adams) deals with poverty and drug addiction, while Vance fights to overcome his familial obstacles to attend Yale Law School, where he reaches the upper echelon of society in a way that nobody in his family had previously managed.

What could have been a crowd-pleasing, inspiring film about triumph and family love becomes masturbatory and egocentric. Its straight white male protagonist, believing himself too good for everyone around him, continually propagates an idea of impoverished people as selfish leeches and the architects of their own misfortune. As for the character of Vance himself, his strange Messiah complex blocks us from ever feeling any sort of sympathy for him, despite the film pushing so hard for us to like him.

It is unfortunate that a story that could have so much depth, is reduced to a surface-level bootstraps story of a man escaping what he already knows he is ‘too good’ for

Adding to this, Howard places at the core of the film the message that being poor and at the grips of vice and addiction is a matter of individual choice, rather than a systemic issue in the society they live in. Yet the film becomes confused, still giving slight and underdeveloped critical allusions to these problems, but ultimately placing the blame on the person.

The character of Bev is emblematic of this contradiction, as while the system has not been fair to her, she is often shown as the cause of her own problems, as if addiction and poverty are things she brought on herself. “She was the salutatorian of her high school class” is a sentence declared proudly throughout the film to show that Vance’s mother is actually talented and smart, but that her own personal choices led her down the road of destruction.

The film continuously glosses over the important political and social aspects that would stunt a person’s success, from random scenes of extreme domestic abuse from Bev’s childhood that feel completely out of the blue, to a sequence where J.D. goes to steal a graphing calculator for his algebra class, only to have it bought for him by his supposedly impoverished Mamaw. It feels as if these scenes were merely added to address the systemic problems of abuse and lack of funding for education, without ever developing them into something important, instead blaming the boy’s issues on his mother.

Her character is flawed yet virtuous, whose main goal is to leave her family with lives better than she had in her youth

When I think of those small glimmers of ‘hope’, these are all to do with Glenn Close’s portrayal of Mamaw, a performance which gives actual layers, or layers as far as this film and script can afford her. Her character is flawed yet virtuous, whose main goal is to leave her family with lives better than she had in her youth but having to accept that this has not been the case for the most part. Yet while Close offers some nuance and a decent performance, the nature of the role and the way it is written removes all immersion from her, instead just leading the viewer to be aware of how this is clearly a vehicle constructed to give Close “her long overdue Oscar”. It’s as if her role is just a compilation of scenes and monologues that the Academy could use as her video clip on awards night before announcing her as the winner.

This same Oscar bait tactic is exactly the same issue I have with Amy Adams’ character; her performance is merely some scenes where she screams or has a breakdown, the kind of ham-fisted character arc that has been a tried and tested method to claiming Oscar gold for many decades, but here it is far too forced; far too obvious; and far too trite; so much so that as a viewer we become aware that we are watching people act, and not even that well.

Overall, Hillbilly Elegy is a shameful new low in Ron Howard’s career, as well as a deep, cavernous valley for the careers of Adams and Close, whose desperate attempts to enter the awards race are woefully transparent and will probably prove fruitless. Therefore, Hillbilly Elegy feels nothing more than a Netflix-funded regurgitation of strands and ideas that hit all quota on the Oscar bait checklist, but in doing so has left us with a film that feels hollow, limp and toothless.