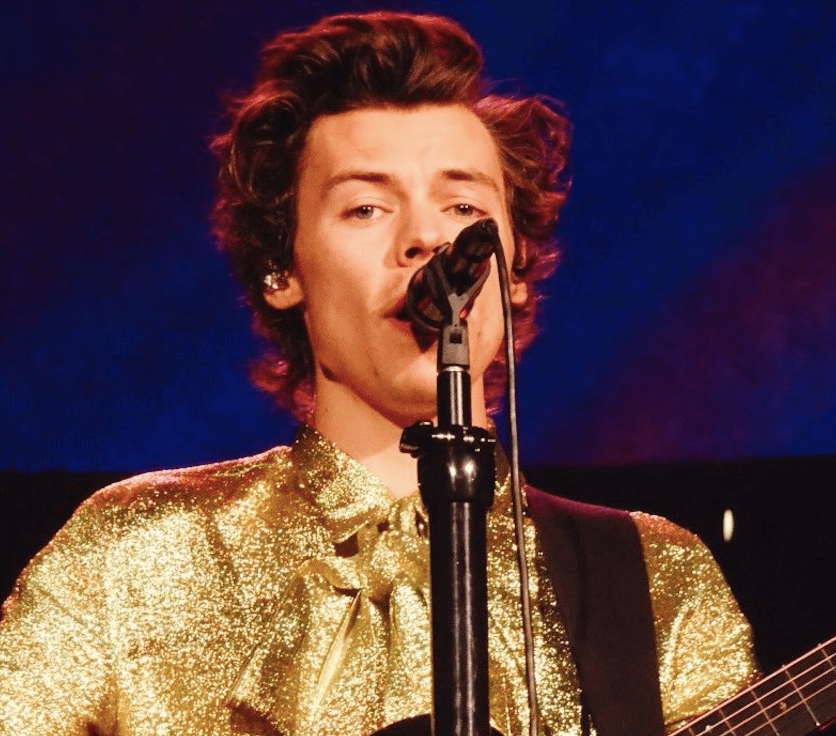 Harry Styles on the cover of Vogue: groundbreaking or privileged?

You would think in 2020 that people would have bigger things to be upset about than a man in a dress. Despite the backlash, Harry Styles’ ground-breaking Vogue cover is defiant in the face of conservative criticism, celebrating gender-fluid fashion and redefining masculinity for the masses.

Shot in a collection of eclectic looks, Styles appears most magnificent in a captivating cornflower Gucci gown – it is also the outfit that has proved most controversial.

Historic in many respects, Styles is Vogue’s first solo male cover star, and, in true Harry style, he did so in a dress. The images were shot by Tyler Mitchell, who is best known as the photographer for Beyoncé’s 2018 American Vogue cover which saw him become both the first African American photographer to shoot the cover of Vogue, as well as one of the youngest. Harry’s cover features clothes by gender-fluid designer Harris Reed and the spread marks a distinct move by Vogue to diversify the talent it features.

He really has discovered a talent for capturing the fashion zeitgeist

When Styles auditioned for The X Factor in 2010, there was little indication he would become the trailblazer in the gender-fluid fashion he is often heralded as today. As conventionally attractive teens with flicky-hair, Styles and his fellow One Direction band members became instant heartthrobs, who captured the hearts of thousands of pre-teen girls.

As his music career progressed, Styles’ look evolved with it, peaking with the breakout of his solo career. This Vogue spread is just one of many recent shoots that highlight Styles’ experiments in pushing the boundaries of gendered fashion.

He really has discovered a talent for capturing the fashion zeitgeist, setting fashion trends in a way that feels authentic and genuine to his character. In his interview with Vogue, Styles expresses how having fun with clothes is an “extended part of creating something”, and the joy that is evident in his clothing translates effortlessly into his music.

While the cover has received an overwhelmingly glowing reception, the response has not been wholly positive. Gen Z liberality has become something of a cultural punching bag for the conservative right, and Styles’ cover quickly became a prime target.

While Ben Shapiro accused gender-neutral dressing, and therefore Styles, of undermining masculinity. Both were quickly shut down but it is apparent that the hostility towards those who dare to challenge traditional gender conventions continues to simmer.

Helping redefine conversations around gender norms to an audience

Refreshingly, many celebrities have flocked to support Styles, indicating a shift towards accepting gender-fluid aesthetics in the mainstream. Olivia Wilde, Elijah Wood and Jameela Jamil were just a few of the big names championing Styles’ spread. Remarkably, Logan Paul has also been among the hoards to come to Styles’ defence. When discussing the cover on his hugely popular podcast ‘Impaulsive’, Paul challenged his friend on his conception of masculinity, helping redefine conversations around gender norms to an audience that likely wouldn’t have otherwise been touched by Styles’ Vogue cover.

Regardless of whether Paul is genuine in his defence, it is encouraging to see traditionally “masculine” figures supporting those who choose to challenge this.

Nevertheless, there has been some legitimate critique of Styles’ cover from members of the LGBTQ+ community, who, while still celebrating the cover, have highlighted the importance of acknowledging the history behind the fashion that Styles has made his brand.

It sidelines those who originally fought for the right for individuals

As Alok Vaid-Menon eloquently explained in a post that has since gone viral across Facebook and Instagram: “We can acknowledge this unprecedented moment while also remembering that it could only happen because of the resistance of trans femmes of colour. We who for decades were imprisoned by cross-dressing legislation.”

Having Styles, a cisgender, white, conventionally attractive male and ex-teenage heartthrob be the face of gender-fluid dressing, when LGBTQ+ POC have been, and continue to be, attacked for doing the same is problematic. It sidelines those who originally fought for the right for individuals like Styles to experiment with their clothes.

Although there is no doubt Styles’ cover should be celebrated, it should be done in a way that doesn’t erase the history of those that inspired and lay the foundations for a style that has so heavily influenced his image. The real trailblazers of gender-fluid dressing are the ordinary people who flout gender fashion norms in their everyday lives.

They likely will not receive the Vogue covers or praise Styles has enjoyed. They will, however, receive the same opposition, and on a much closer scale. Styles’ cover is a reminder to protect these communities and to not appreciate their culture only when it is fashionable.