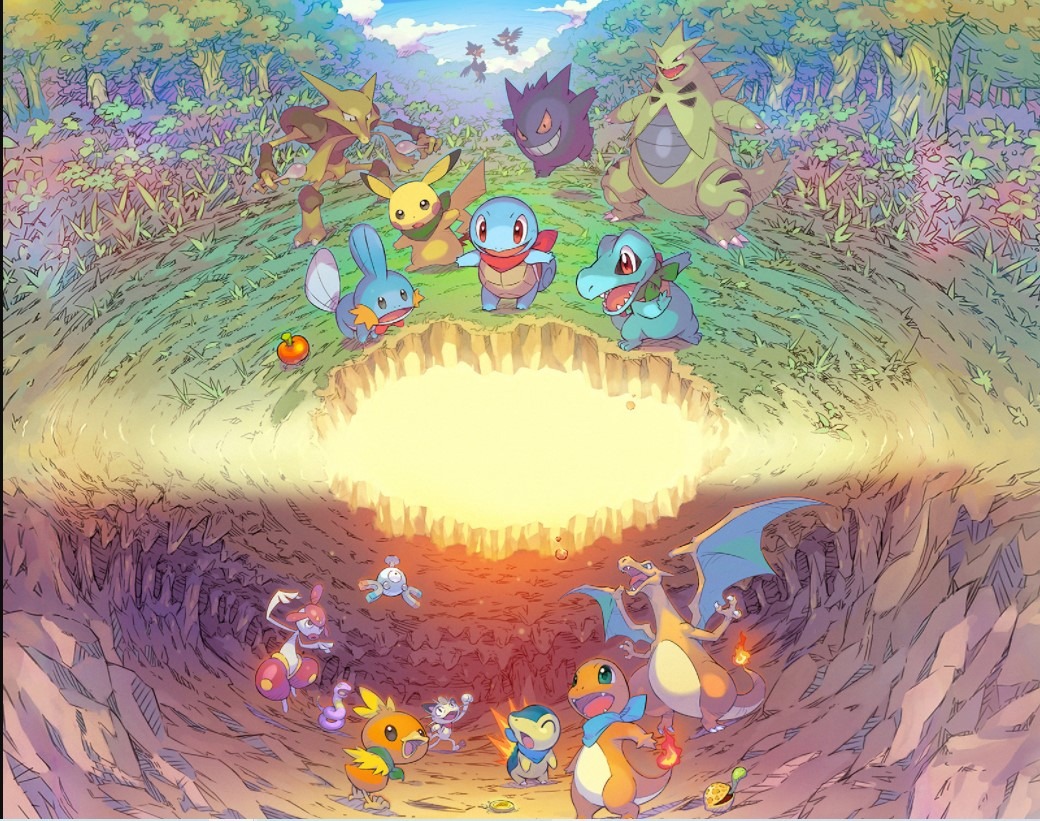 Of the multiple games I have played this year, there is one that has particularly stood out for me, and that I consider to be my Game of the Year. And no, it’s not one of the “Big Six” that will be contending for the Game of the Year title at the upcoming The Game Awards. Rather, I am talking of what I consider to be a relatively underrated gem: Pokémon Mystery Dungeon: Rescue Team DX.

To be clear, I am not saying that this game is “niche”. After all, Pokémon is the highest-grossing media franchise in the world, and the game itself (released in March 2020) has amassed, as of November 2020, 1.4 million sales; the latter might not be on the level of other Pokémon games, but regardless, it’s not a small number. Yet, I cannot help but feel that this game has been unfairly discarded by critics – in light of its gameplay style -, and that it has received little consideration from players, being relegated to the side-lines in favour of the more popular and marketable mainline games, which were expanded upon this same year via the release of two DLCs.

I am only too fully aware that this game might seem like a peculiar choice for Game of the Year, but I think there are valid reasons for my answers. So let’s dive straight into a few of them.

This game is a beautiful ode to friendship, something I do not find to be often done in video games, and which I thought was fitting for 2020

PMD: Rescue Team DX centres on the theme of friendship. The main characters are far from simple companions; they share a bond of deep loyalty and mutual appreciation, understanding and supporting one another regardless of circumstances. Throughout their quest, they encounter multiple obstacles, including a forced ejection from their village, but this only serves to make the bond between them stronger.

I’m not ashamed to say that I found this message to be deeply impactful, and could not help but reflect on how true it is that friends are one of the greatest gifts you can have, representing an invaluable source of support, particularly in difficult times. And this message I appreciated all the more considering the current situation most of us are experiencing. In these times, I have found friends to truly be a source of strength. This game is a beautiful ode to friendship, something I do not find to be often done in video games, and which I thought was fitting for 2020.

The game touches on this and other themes (such as betrayal and forgiveness) in a gentle manner. The player feels their strength without being overwhelmed by them. And they all receive a satisfying resolution. The game is a truly pleasant experience, deep without being heavy, fun without being superficial. A true gem. And exactly what I have looked for in a game this year.

In many ways, it plays out like a fairy tale, and the visuals and the music certainly serve to reinforce this idea. The graphics are charming and the music oscillates from dream-like to epic. The game provides a satisfying escape from the real world, again something I have deeply craved this year. It is truly an enchanting experience.

Having been released this year, this game has for me been a lifeline, providing me with endless hours of amusement in an otherwise grim situation. Thanks to it, I was able to travel far and wide (without leaving my room). And it proved to be a veritable cathartic experience. Not only this, but it infused me with optimism and joy, feelings I had sorely lacked in 2020. It enabled me to think that things would eventually turn out for the better.

This game will be far from at the top of people’s lists when thinking about the Game of the Year. Yet, I think it has its reasons for being at the top of mine. It has shown me that there is hope even in the bleakest of times. I think there is no other game better suited for 2020.