‘Fairytale of New York’: no, Christmas hasn’t been cancelled

If I’m honest, I’ve never been a massive fan of ‘Fairytale of New York’. The Pogues and Kirsty MacColl’s 1987 hit is memorable sure, but I’d much rather listen to Slade, Wham! or Mariah Carey’s festive tunes instead. Nonetheless, ‘Fairytale’ is the one that everyone is talking about, and not just because we’re approaching the holidays. The song contains a homophobic slur and when the BBC announced Radio 1 would instead play a censored version, arguments on social media began almost immediately. People typed furiously with faces redder than Rudolph’s nose. Many saw it as an attack on creative freedom, an unnecessary and dangerous act of censorship. But these critics are wrong. No, free speech is not threatened by this. Christmas has not been cancelled.

Firstly, it’s untrue that the song won’t be played on BBC Radio. Radio 2 will continue to play the original version, and on Radio 6 Music the version used will be whichever one the DJ selects. As for Radio 1, most of the song will remain the same. MacColl herself choose to replace the line when performing back in 1992, eight years before her death. It’s hardly a colossal attack on freedom of expression when more stations are playing it than not; the ones that aren’t have made only minor edits one of the original singers agreed to anyway, and the original is still easy to find elsewhere. Stations and DJs get to pick the songs they want. What’s unusual about that?

Moreover, I might enjoy a song that contains swearing, but plenty of songs have offensive words edited out for radio and no-one complains then. 63% of people think Radio 1 is wrong. British heterosexuals are desperate to scream one f-word but barely notice when another gets taken out of songs. Remember CeeLo Green’s ‘Forget You’? I never heard anyone crying when it had a certain word beginning with ‘F’ replaced.

Does our society oppose this censor for the sake of musical freedom, or for a more disturbing reason?

The real ‘Fairytale of New York’ controversy is not about whether MacColl should sing the line. Right now, there are far more important topics to discuss such as cuts to LGBTQ+ anti-bullying funding, queer people suffering isolation more severely and LGBTQ+ asylum seekers facing a culture of disbelief, to name but three. The actual problem with the song is why so many people get so defensive over the slur. If the government were to destroy all copies of certain songs and take control of the arts, I’d understand why people would start to feel nervous. But all that’s happened is one station among dozens removed one tiny section of a single song. Unfortunately, quite a lot of straight people in this country think it’s the death of democracy. Yet when those same people are silent regarding other radio edits, and real-world injustices for that matter, I wonder how many of them are vocal not for the sake of music and freedom, but out of a sense of entitlement. If you’re more outraged at not being able to shout a slur than at the injustices LGBTQ+ people have to face every day, who’s the real Christmas snowflake?

Popular Christmas songs have been criticised before. Just search Band Aid’s ‘Do They Know It’s Christmas?’ and you’ll find plenty of people condemning its depiction of Africa. Should Radio 1 therefore broadcast a censored version of ‘Fairytale’? That’s certainly an interesting question, and even the LGBTQ+ community would give you different answers. Ultimately, what’s most worrying is not the censor, but the motivations of some opposing it so vocally. Does our society oppose this censor for the sake of musical freedom, or for a more disturbing reason?

Christmas songs: what makes them so bad? 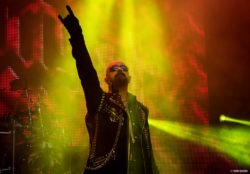 The treatment of LGBTQ+ musicians in metal 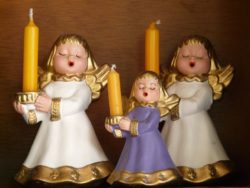 How to make a Christmas number one