“Our common enemy is Covid-19, but our enemy is also an ‘infodemic’ of misinformation.” That’s how Secretary General of the UN Antonio Guterres described the wave of anti-vax sentiment that has overtaken social media following the announcement of the coronavirus vaccines. The anti-vax movement has been steadily growing in popularity over the past decade, with social media fuelling the spread of misinformation and providing a platform for self-proclaimed experts to air their concerns to the masses. The rise of “fake news” is also a culprit, sparking a growth in anti-establishment feeling and normalising the undermining of traditional sources of information.

In 2020, anti-vax views have become relatively commonplace, and it’s likely someone close to you quietly holds these beliefs (assuming you don’t yourself.) As the pandemic continues, a vaccination has finally offered a light at the end of the tunnel- however, a significant rise in vaccine hesitancy is threatening to compromise this. Instead of vilifying these individuals, however, we should direct our anger towards the root of the problem: the incompetence of our government, which has led to many turning to conspiracy theories over scientific fact.

The anti-vax campaign is one that continues to plague public health initiatives worldwide. It is uniquely dangerous as a social movement, as its efficacy relies on its passive nature. It does not require organised coalitions or interest groups to have a significant impact on public health goals, as it can entirely undermine herd immunity through individuals simply choosing not to act. A recent survey by the London Assembly Health Committee found that a quarter of Londoners are ‘unlikely to or definitely won’t get a Covid-19 vaccine’. These numbers are startling, and could seriously compromise the government’s attempt to tackle the virus.

These people are not necessarily anti-science, selfish, or any of the other insults thrown at those bold enough to announce their anti-vax beliefs. Rather than condemning these people, it is more productive to examine the real issue at the root of vaccine hesitancy: fear, stemming from a distrust in the authority promoting the vaccine. Despite the concrete science behind these vaccines, the fact that large numbers of people are still afraid to get them is a worrying reflection on those promoting the vaccine. That reasonable people remain open to baseless conspiracy theories that vilify vaccines is a reflection of the failure of the government to secure the population’s trust in their public health policy.

It is essential that the government should reform its relationship with the British people if sufficient numbers are going to be convinced to be vaccinated. Recent years at No. 10 have been turbulent – the misinformation surrounding the Brexit referendum and the deeply flawed handling of the pandemic has entirely undermined any legitimacy the government was clinging to. The repeated lies, blunders and deliberate spread of misinformation means that now the government is in a position wherein the success of its policy relies on the British people trusting them. The same study by the London Health Assembly found that of those who ‘would not or might not get the vaccine’, almost half cited either distrust in the government guidance or in the drug companies as the key deterrents. This proves that the government’s repeated mistakes have a role to play in anti-vax sentiment.

This vaccine is our only chance at restoring normality, and that it could be destabilised through the government’s incompetence is maddening

It is imperative the government should overcome this. Without sufficient vaccine uptake, the country will either continue to cycle in and out of lockdowns, or the infection rate will skyrocket. This vaccine is our only chance at restoring normality, and that it could be destabilised through the government’s incompetence is maddening. Mandatory vaccination is out of the question, if the attitude towards the enforcement of masks is anything to go by. In an age where individual freedom is prized above all, the introduction of compulsory vaccination would likely spark a minor civil war. The only option is for the government to begin to rebuild its image to one of trustworthiness and reputability. Firstly, by removing its comical figurehead and replacing Johnson with someone with even a scrap of integrity. Secondly, by depoliticising the vaccine and focusing on the science. A clear, concise, scientific-based message is vital, and it needs to be delivered in a straightforward manner. The government must prevent the spread of scientific controversy where there is no real controversy.

Will the government be able to achieve this? They have no other choice. 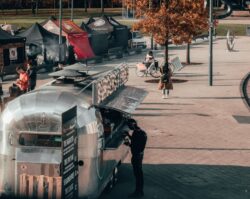 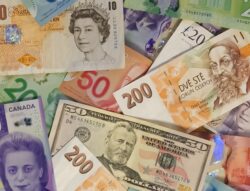