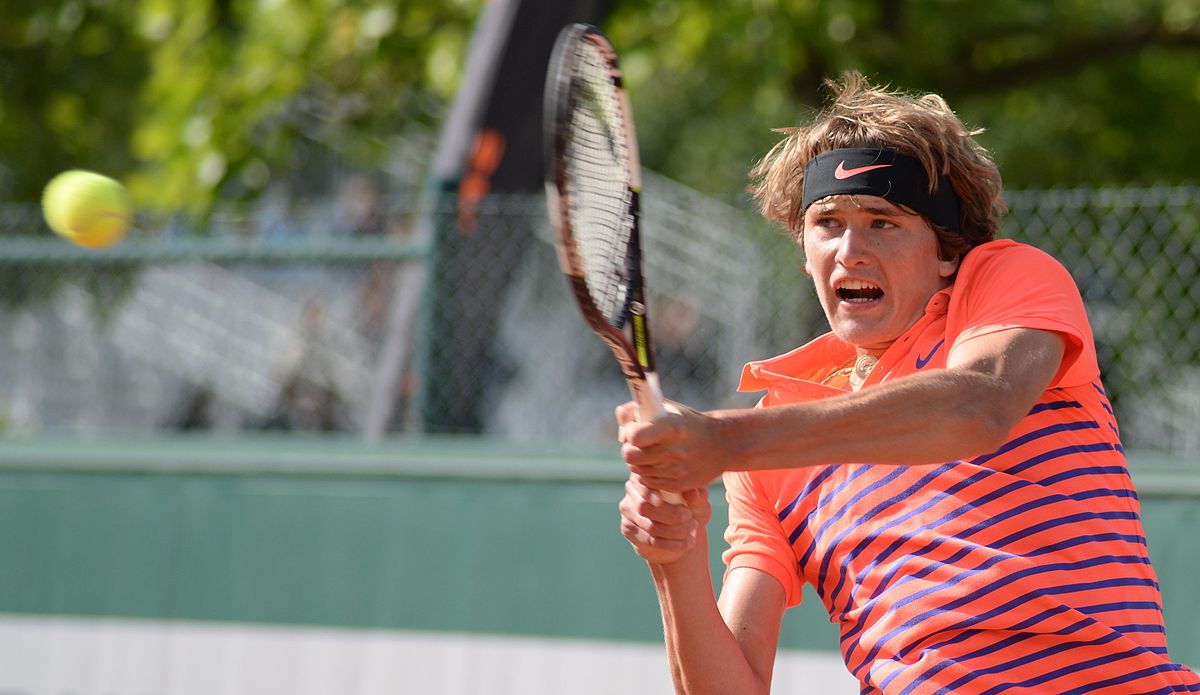 Zverev allegations create storm of awkward reporting, why are sportscasters so bad at addressing misconduct?

It was only around two months ago when Alexander ‘Sascha’ Zverev warmed the hearts of millions with an emotional runner-up speech. “It was a tough battle. I wish [Thiem] would have missed a little bit more so I could have [held] that trophy up, but here I am giving the runner-up speech.” The German star said, following his historic US Open finals loss to Dominic Thiem, his longtime friend.

“I want to thank my parents,” he continued, choking up: “[They] tested positive before the tournament and couldn’t have gone with. I miss them… man this is tough. I’m sure they are very proud”. Zverev was in tears by the end of his speech, as he hobbled to the runner-up trophy and gave a deservingly half-hearted pose. It was a rare human moment in sport, one that is often talked about but rarely witnessed. And even though he lost the finals, it felt like a breakthrough in his career; the moment Alexander Zverev introduced himself to the mainstream world when we met ‘Sascha’.

In the past few years, Zverev has proved to be one of the best tennis players in the world. He has long been touted – along with the rest of the so-called ‘Next Gen’ – to pick up the mantle which would eventually be left behind by tennis’ immortal ‘Big 3’. Although this has perhaps taken longer than expected for some (at a Grand Slam level), at the age of 23, Zverev already has some huge accomplishments under his belt. Not least, defeating both Novak Djokovic and Roger Federer for his first Master’s titles.

While Zverev is relatively young, he has been a known presence in tennis circles for quite some time and has been playing with and meeting many of the current players on tour for close to a decade. So, when Olga Sharypova, Zverev’s ex-girlfriend, sat with Ben Rothenberg for Racquet magazine and gave a harrowing account of the alleged emotional and physical abuse she suffered by his hand, it completely blindsided all of us, as these stories often do.

The gut-wrenching interview came at a busy time for Zverev, with his most recent girlfriend confirming that she is pregnant with his child, and him being on one of the most impressive winning streaks of his career to reach the finals of the Paris Bercy Masters. This put the tournament public relations team and sports networks’ broadcasting teams in an extremely delicate position, one which is all too familiar in sports. And I’m sorry to report that they’ve handled it with a staggering inelegance.

“Given everything that’s happening to him in his personal life, he deserves even more credit to be able to play like this.” Tennis-star-turned-analyst Daniela Huntochova pontificated for Prime Video Sport, following yet another impressive Zverev performance to reach the quarter-finals in Paris. “Because perhaps he’s been forced to grow up,” Marcus Buckland continued “and we can’t comment on what’s happened behind the scenes because, of course, we don’t know. We’ve heard one side of the story … It clearly is perhaps forcing him to take a bit more responsibility for himself … out of adversity comes good things”.

This awkward word salad was in contradiction to the approach of the ATP and the Paris Masters, who have hugely dialled down their usual bubbliness and given Zverev close to no solo social media posts, despite reaching the finals of the event. As I picked my jaw up from the floor and iced my face from the marathon of wince that had just completed, I recalled another incident which left me similarly puzzled: Derrick Rose’s iconic 50-point game.

On 31 October 2018, Derrick Rose rolled back the years in a vintage win, scoring a career-high 50 points for the Minnesota Timberwolves. Being one of the most beloved players in basketball, this performance drew the attention of basketball fans worldwide (including this one), who turned the game on to watch a childhood favourite light it up. At the final buzzer, the arena erupted, and Rose was in tears as his teammates mobbed him. It was an all-time emotional sporting moment, to be sure. The kind you wish could be bottled and saved for special occasions.

What it is it that makes broadcasters so awkward in dealing with these situations?

While I waited for the post-game interviews, I caught Timberwolves’ announcer Jim Peterson’s thoughts: “He’s got a lot of stuff going on off the court, and I’m not a judge, and I’m not a jury. And to my estimation, he’s not been convicted of anything. But what he is … he is a gutty basketball player.” The “other stuff” Rose had going on was a civil case against him for his alleged involvement in a sexual assault. This line of commentary was heavily criticized at the time, but what it is it that makes broadcasters so awkward in dealing with these situations?

Perhaps it’s their incurable itch for creating narratives and storylines, a characteristic which is surely in the DNA of all commentators. They teach it at broadcasting school, I bet. Consider the contexts: Rose’s historic night, after a career which was blighted by injury. As fans, we always had a level of empathy for one of the biggest “what-ifs” in sports history. And perhaps, in Jim Peterson’s brain, this vicarious catharsis had all the little Jim Petersons shuffling papers and pacing around, trying to find a way to create a story out of something which, frankly, needed no words at all to sell.

In the case of Zverev, and tennis, the past few weeks post-French Open have all been building towards one thing: The Nitto ATP Finals, the yearly climax of the ATP tour, which Zverev himself won in 2018. Hantuchova, Buckland, and Greg Rusedski have centred their commentary in the Prime Video studio around it, even in Paris. The responsibility of these panellists to manufacture hype is clear. And Zverev is the perfect poster boy, as he has been for much of his career.

The story almost builds itself. After that bitter US Open loss, will this run of form going into the tour finals bode well for the world number 7? From this angle, one could see how an observation of his improved mental fortitude could bear relevance. But maybe I’m just jumping through hoops here because the easiest way to explain these gaffes is that they simply do not believe the victims, or do not care about them enough.

They invalidate the accusers as storyline vehicles for sporting success

This is precisely the problem. These kinds of statements are not at all the non-stance that they hope for them to be. It is entirely unreasonable to believe for a moment that allegations of domestic abuse, if true, can bring “good things” to Zverev’s game. How could one possibly give Zverev credit for zeroing in on his tennis if they truly thought the allegations could be true?

By parroting these narratives, they invalidate the accusers as storyline vehicles for sporting success. It would be much more responsible to avoid the topic entirely than to mention it so flippantly, as Peterson and Hantuchova did.

Where do we, the viewers, feature in this? Some of this might be our fault. Hearing panellists and commentators stumble to milden these very serious concerns could be attempts by themselves or their networks to placate their fanbases.  All this does is highlight the absurdity of athlete idolatry. With increasingly socially conscious fanbases, it’s time to have a conversation about what is really gained by placing these world-class sportspeople on podiums, and if that is worth carrying these dismissive attitudes towards very real personal concerns.

It is not an easy field to navigate. But too often we have seen commentators buckle under the looming shadow of the elephant mammoth in the room, and do things like referring to an athlete’s sexual assault charge as “a hiccup”. Fans expect better. All sportscasters are media trained, either literally or with experience. It could be time for serious off-court misconduct to be part of that training. Because long gone are the days when a winning smile and a trophy pose could make it all go away, or so one would hope.

When will tennis’ next generation truly arrive?