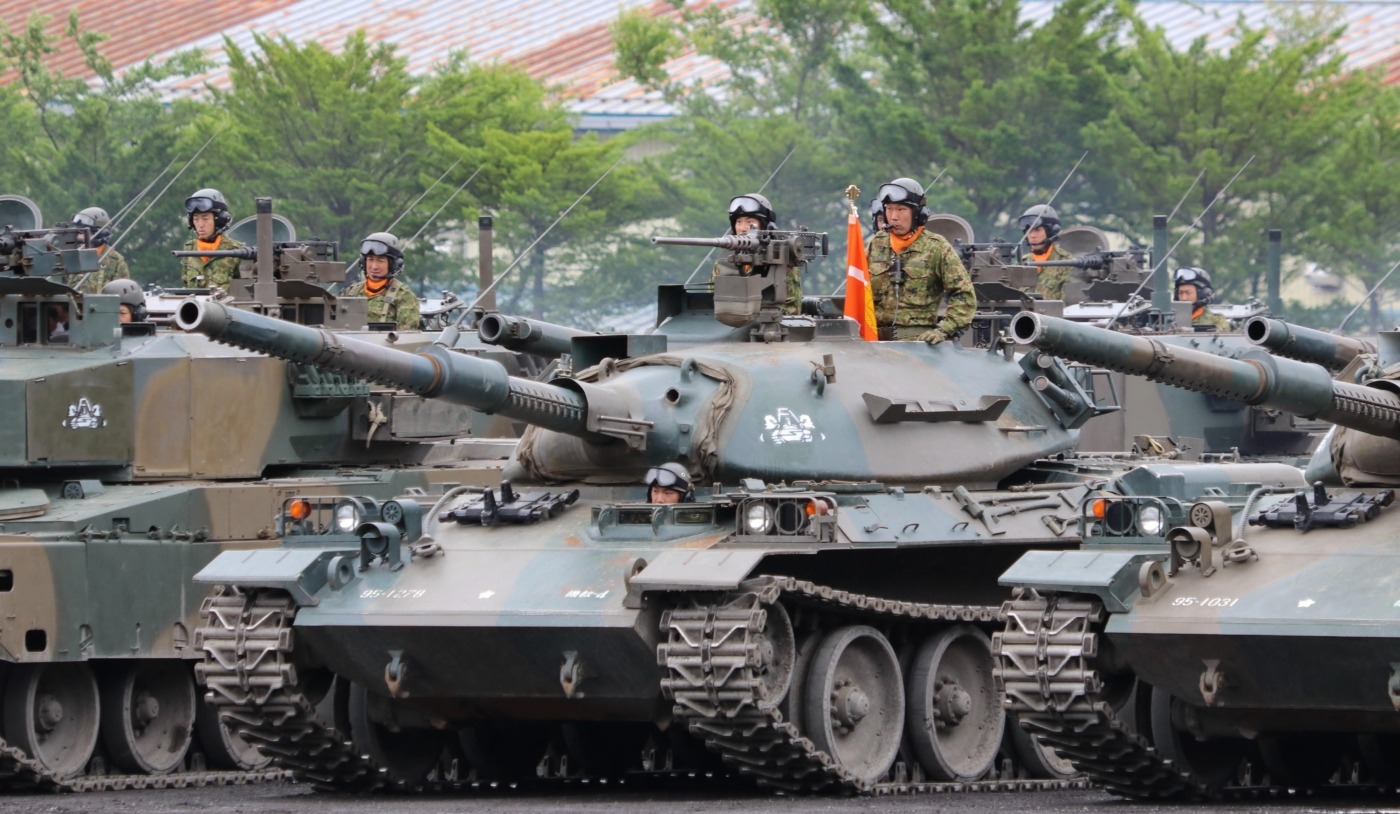 War on the edge of Europe: what’s happening between Armenia and Azerbaijan?

In the past month, an undeclared war has erupted on the edge of Europe. Armenia and Azerbaijan, long at loggerheads over disputed territory, find themselves once more engaged in state-on-state armed conflict – a rarity in the 21st century.

Unlike previous clashes, however, this is deliberate – an Azeri offensive is seeking to finally retake the disputed region, after 30 years of being outside its control. The deliberate, planned nature of the current fighting, its sheer scale and violence – being the bloodiest clashes the two countries have seen for a quarter century – and the involvement of foreign powers, namely, Russia and Turkey, serve to make the region a potential flashpoint.

By the late 1980s, however, as the USSR unravelled, the dispute, never far from the surface, reemerged

The disputed area is Nagorno-Karabakh. Majority Armenian, but with a significant Azeri minority, the area was allocated to the Azerbaijani Soviet Socialist Republic (SSR) under the Soviets, much to the disapproval of the Armenian SSR. However, under the ‘iron rule’ of the Soviets, the dispute was effectively put on hold. By the late 1980s, however, as the USSR unravelled, the dispute, never far from the surface, reemerged.

As the USSR’s authority receded, the once suppressed leadership of the republics grew bolder. Calls to return Nagorno-Karabakh to Armenia led to inter-ethnic fighting in the area, causing many Azeris to flee. In response, pogroms in Azerbaijan drove Armenians from their homes. With tensions high and rumours abound, pogroms and ethnic cleansing intensified, driving Armenians and Azeris, regardless of where their home was, to their respective countries. As the USSR finally disintegrated, the newly-independent republics rapidly fell into a state of war over Nagorno-Karabakh.

In 1994, after three years of war, 30,000 dead, and over a million displaced, many permanently, the war ended, not with a peace treaty, but a ceasefire.

Nagorno-Karabakh, 76% Armenian and 22% Azeri in 1989, is now roughly 95% Armenian, and governed by ethnic Armenians in the de facto independent state of the Republic of Artsakh. Seven Azeri-majority, Armenian-occupied districts connecting Nagorno-Karabakh to Armenia-proper are now majority Armenian. After this settlement, the two countries continued to intermittently clash – in 2016, hundreds died when Azerbaijan seized roughly four-to-five square miles of Nagorno-Karabakh territory.

For Armenians, the territory is historically theirs, unjustly handed over to Azerbaijan in a game of politics

It is easy to see why the issue is so complex. For Armenians, the territory is historically theirs, unjustly handed over to Azerbaijan in a game of politics. For Azeris, the territory has been cleansed of their fellow countrymen by Armenian occupiers, not to mention the surrounding districts which were majority Azeri, and yet are now, through ethnic cleansing and displacement, majority Armenian. The issue is close to the hearts of many Armenians and Azeris. You can see why mutual animosity is so common when, for 30 years, citizens of each country have heard the names of countrymen that have died at the hands of the other fighting for a piece of land integral to each nation’s history and identity.

Perhaps now the issue, one way or another, will finally be resolved. But this is optimistic. It is unlikely to be resolved militarily. While Azerbaijan is much better suited for this war – they outspend Armenia in defence 4:1, their economy outsizes Armenia’s 4:1, and their population 3:1 – they are not willing to expend the resources, political capital, and ultimately, lives, in order to take the mostly-mountainous region entirely. They have so far been able to seize a flat stretch of land to the south, and this stretch will be the extent of the Azeri offensive.

On the diplomatic front, the two sides are engaging in numerous talks in the coming weeks: in Moscow, Brussels, and Washington. Here, Turkey will play a significant role, if allowed. Turkey shares with Azerbaijan a Muslim Turkic identity, and the two often refer to themselves as “one nation, two states”. They have backed Azerbaijan from the start, supporting them with arms, equipment, and training, and have been accused of redeploying Syrian fighters to Azerbaijan and even of downing an Armenian warplane – both denied by Turkey.

The war is very rapidly becoming a proxy conflict between Russia and Turkey. The Caucasus, once part of the USSR, are seen as part of Russia’s ‘near abroad’ – areas surrounding Russia, once part of the USSR, that it sees as its natural sphere of influence, a buffer between Russia and the World. Turkish interference in this ‘near abroad’ will not be taken lightly by Russia. Armenia and Russia share membership of the CSTO, similar in design but not size to NATO, and a Russian military base in Armenia serves as a bulwark against possible Turkish invasion.

Russia, with deep economic and oligarchic ties to both nations, is deeply paranoid of instability on its southern frontier and strongly desires to maintain the status quo – which also benefits Armenia. This helps explain why, from the beginning, Russia has been calling for a ceasefire – because that is the status quo. Turkey’s involvement is a direct challenge to Russia’s position in the region, and helps sway the balance in Azerbaijan’s favour.

Unfortunately for Russia, the current events may be the manifestation of a trend which is likely to continue: Russia’s waning influence. The Russian economy, the size of Spain’s, continues to stagnate, and its traditional sphere of influence continues to slip away.

Whether in Georgia, Ukraine or now Azerbaijan, the word of Russia grows weaker by the day. Much of its influence in these regions was based on its status as the largest of the post-Soviet states – the new republics had deep economic, political and social ties with each other, were relatively disconnected from the rest of the World, all had similar institutions and political cultures, Russia for many in the region still carried the weight and significance of the USSR, and old KGB and securocrat networks helped enforce the new Russia’s will in these republics.

Russia is no longer as influential or powerful as it once was – it now resorts to violence to maintain its buffer zone, as in Georgia and Ukraine

Now, these republics have alternatives. They have had 30 years to build ties with the rest of the world, sanctions and colour revolutions have weakened the power of oligarchs (as in Armenia in 2018). Also, relatively speaking, Russia is no longer as influential or powerful as it once was – it now resorts to violence to maintain its buffer zone, as in Georgia and Ukraine. Iran, too, a Russian ally, has now called for a ceasefire and dialogue, a recognition perhaps of the fact that the Caucasus is no longer simply Russia’s backyard, but an area where multiple regional actors now have roles.

Once hegemonic, Russia is now challenged by Turkey in the region. Coupled with Azerbaijan’s growing relative strength, Armenia is in an increasingly shaky position

Once hegemonic, Russia is now challenged by Turkey in the region. Coupled with Azerbaijan’s growing relative strength, Armenia is in an increasingly shaky position. Perhaps the deliberate Azeri offensive, in contrast to previous clashes which have normally resulted from misunderstandings, is a demonstration of this trend – a calculation that Russia will not be able to stop what is once was able to.

This trend is bad news for Armenia. As Russian influence retreats, and Azerbaijan grows stronger, it may calculate in the future that further offensives are beneficial. Azerbaijan may take more and more of the territory, piece by piece, until, with international mediation, and Turkish help, an agreement is eventually signed in Azerbaijan’s favour.

This is in the distant future, however. The most likely outcome of the current clashes, and the international talks that follow, is another ceasefire, much like the one that ended the war in 1994. Azerbaijan will likely keep the stretch of land it has seized, fighting will stop, the situation will return to normal, and the world – and Europe – may once again, for now, forget about the frozen war on its periphery.