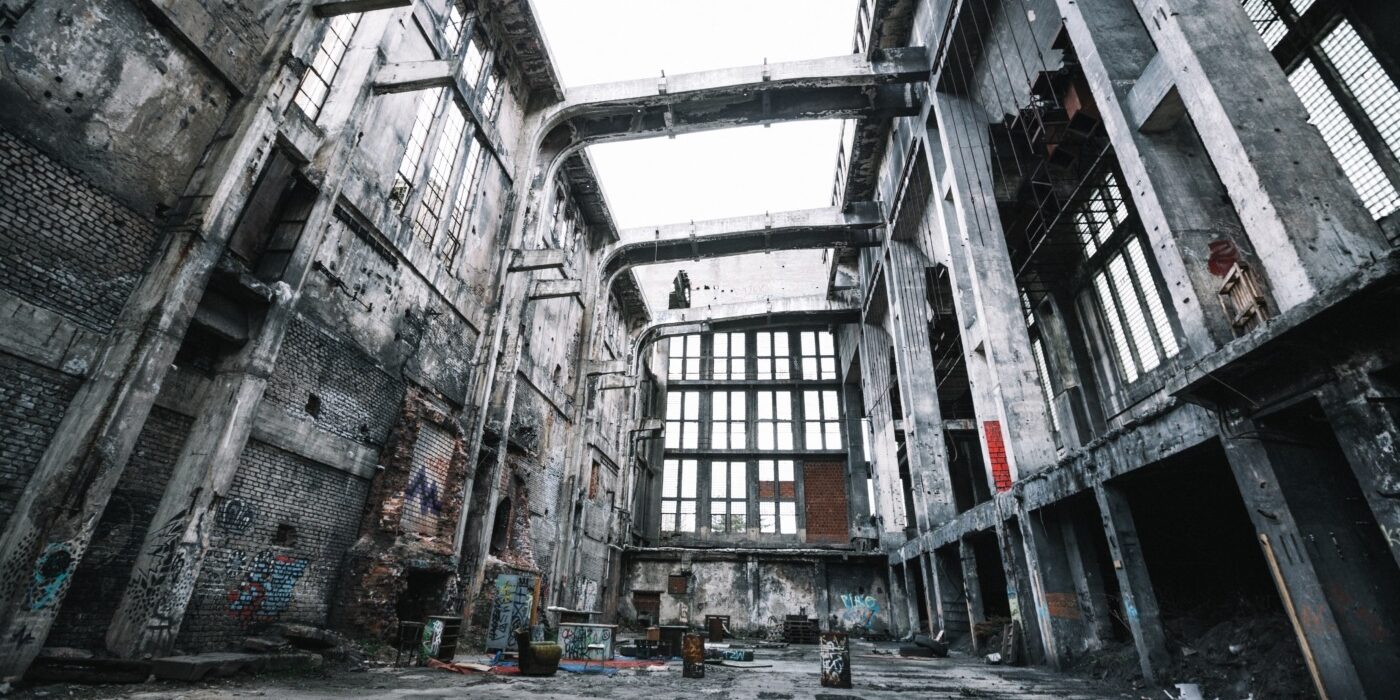 Urban exploration: unethical and dangerous, or an untapped moneyspinner?

When my friend and I were around fifteen years old, we became fascinated by the old telephone exchange near our houses. Although it appeared abandoned, there’d be the occasional light shining in an upstairs window, or a van coming out from the back of the building. Each time we walked past we’d try to peek into the windows, desperate to see what was inside, and came up with theories as to what the place was being used for. Our intrigue even led us to go to the back entrance, seeing if there was a door we could sneak in through – an unsuccessful venture, unfortunately. Of course, there was nothing going on in there, no secret government scheme or mysterious agency, but the fact remains that abandoned buildings give off a certain charm that’s irresistible if you’re fifteen with an active imagination – or an urban explorer.

Interest in urban exploration has risen exponentially in recent years, with more and more people breaking into abandoned buildings and ruins, often documenting their findings to audiences online. The hobby, also called urban spelunking or mousing, is enjoyed by people all over the world who will go to great lengths to find their way into deserted sites. Many travel great distances to visit ‘iconic’ locations – the Buzludzha Monument in Kazanlak, Bulgaria is one of the most popular, along with the Catacombs of Paris and abandoned stations of the London Underground.

Although many popular sites have simply slipped out of time and fallen into ruins, others have been abandoned in a hurry. The eerie buildings of Chernobyl come to mind, with reminders of the disaster haunting every aspect of the city – apartments with possessions littered across the floor, slowly decaying desks lined up in an empty schoolroom, and the iconic Ferris wheel looking out over a desolate landscape. Chernobyl is a popular area for legal urban exploration, with the tourism industry booming. An estimated 60,000 tourists visited the site in 2018, with numbers on the rise. Similar statistics are garnered by other sites that have cashed in on enthusiastic visitors; making disused spots into buzzing tourism locations seems to be a great moneymaker. However, some aren’t satisfied with the easy accessibility of this sort of exploration, choosing instead to take riskier routes. One example of this is the Fukushima exclusion zone, the site of another more recent nuclear disaster, and one which many explorers are keen to see – a keenness that raises questions about the ethics of the pastime.

An adrenaline kick? Or does the appeal lie in the reminders of human existence; rooms, buildings and even whole towns frozen in time, a snapshot of the past?

A quick YouTube search on the topic yields thousands of results. Whilst much of the content are clickbait and shock titles (“Urban Exploration GONE WRONG!” “TERRIFYING Urban Exploration Finds!”), there are some genuinely well made and fascinating videos documenting explorers’ adventures and discoveries. Popular videos explore amusement parks, schools, shopping centres and hospitals (this last one particularly lends itself to those clickbait-y titles mentioned above), although you can find pretty much any subcategory of urbex you like if you search hard enough. Whilst these videos are often entertaining, it’s impossible to watch them without considering the dangers of the excursions; there are clear reasons why much of urban exploration either toes the legal line, or crosses it completely. This is a major complaint of critics, who argue that the laws should be stricter due to the risks of the hobby. These range from the questionable structural integrity of buildings to aggressive guard dogs, and, perhaps most worryingly, poisoning from asbestos and other chemicals. Many adventurers are putting themselves in immediate or long-term danger, and the hazards of the hobby cannot be ignored.

So why are people so enamoured with these sites of decay and disuse? Is it simply an adrenaline kick? Or does the appeal lie in the reminders of human existence; rooms, buildings and even whole towns frozen in time, a snapshot of the past? There’s a myriad of ethical questions around visiting sites of massive disaster, but should abandoned sites simply places of interest that can be freely explored? I don’t have answers to these questions, but they certainly need to be considered as the industry around urban exploration grows alongside the hobby’s popularity.

If you’re interested in finding out more about urban exploration, I recommend 28dayslater.co.uk, or The Proper People on YouTube.