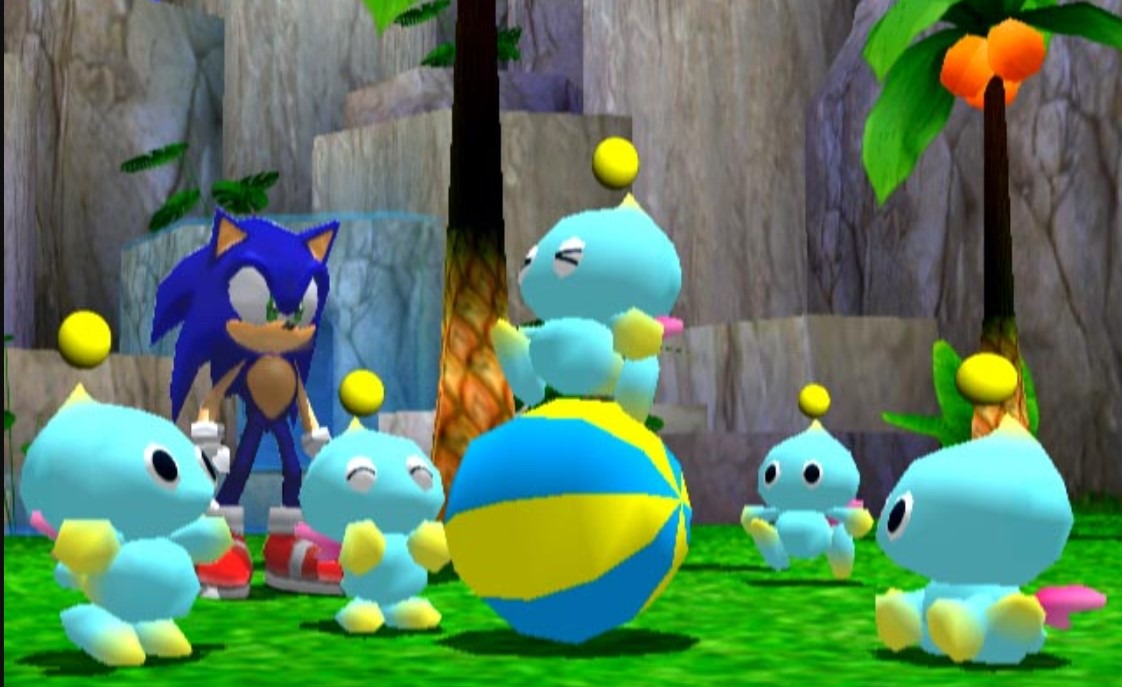 ‘Sonic Adventure 2’s’ Chao Garden: the most unnecessarily complex minigame ever made

As SEGA celebrates its 60th anniversary with a bunch of free games, new lines of merchandise and the revival of classic game series’, fans of Sonic the Hedgehog are clamouring for a third instalment of the Sonic Adventure games.

The latest in the Sonic Adventure series, Sonic Adventure 2, lives on in gaming history for its iconic ‘City Escape’ level, baffling storyline, and some very meme-able lines, my favourite of which has to be “I found you, faker!”

Despite its impressive gameplay and level design – especially for a 3D Sonic title – it is actually the Chao Garden mini-game mode that justifies Sonic Adventure 2’s appearance in my list of all-time favourite games.

For those of you unfamiliar with the Sonic the Hedgehog franchise, Chao’s are a small, mysterious band of creatures, previously guardians of the Master Emerald. Their cute, lovable appearance made them heavily marketable in the eyes of SEGA, being sold as toys, T-shirts, and posters almost as much as the iconic Hedgehog during Sonic’s high point.

While Chao’s general functionality in-game has always been lacking, the Sonic Adventure series changed that, introducing the Chao Garden mode that gave players the chance to raise their own Chao’s as a break from Sonic Adventure’s over-the-top plot.

Don’t let the term ‘minigame’ fool you, however, as the Chao Garden is quite possibly the most complex child-rearing simulator ever made. But I’m getting ahead of myself. For now, let’s start with the basics.

You can easily play through Sonic Adventure 2 without knowing the Chao Garden existed. To get inside the Chao Garden mode, you will need to find one of the three Chao boxes placed in each level, which will contain a key that transports you to the Garden when you beat the level.

Once inside, you will first be greeted by two Chao eggs. You can either wait for these to hatch naturally, or just throw them on the ground to speed up this process.

The basic gameplay loop for these Chao consists of giving them Chaos Drives or animals found across each level, as these will level up one of your Chao’s stats – Swim, Run, Power, Fly or Stamina – depending on the item.

When you feel your Chao is strong enough, you can enter them into either Chao Races or Chao Karate, starting off at the Beginner Levels before progressing to some pretty difficult challenges that require a high-levelled Chao.

As you spend more time in the Chao Garden, your baby Chao will evolve and become an adult, taking on a Neutral, Hero or Dark form depending on which Sonic Adventure character you spent the most time rearing them as, unlocking new Hero/Dark Gardens as a result.

For many players, this is as far as they’ll go with the Chao Garden, as to get to this point will have already required at least a few hours inside the Chao Garden. However, for the more ‘dedicated’ Chao Garden connoisseurs like myself, this is just the beginning.

The time is right for SEGA to bring back this minigame

After you Chao becomes an adult, it will ‘live’ to the age of five, or fifteen hours in the real-time. At this stage, depending on how happy your Chao is, it will reincarnate into a baby version of itself, except keeping 10% of its stats.

Here’s where it gets unnecessarily complex. Each one of the five different Chao stats is assigned a Grade from E to S when the Chao is first born. When a Chao first evolves, the Grade of one of its stats will permanently rise by one, passing through to the reincarnated Chao, too.

This means that, if you so desired, you could eventually create the perfect S-Rank Chao through tens of painstakingly crafted reincarnations, each taking fifteen hours (in the Chao Garden) to complete. Alternatively, you could utilise the Chao Garden’s meticulous breeding mechanics to selectively produce a Chao with the best stats, which again would take tens if not hundreds of hours to pull off.

If you’re not so bothered with creating the best Chao to destroy the CPU Chao’s in Races and Karate, you can instead explore the expansive side of Chao appearances. Based on your Chao’s recent interactions with Chaos Drives, animals, and playable Sonic characters, it will evolve into one of 135 adult variants, each with their own appearances. Combine this with the animal appearances they can take on, and you’re looking at thousands of potential Chao variants – pretty impressive for a minigame from a 2002 Sonic the Hedgehog game.

Then comes the Chaos Chao – the crème de la crème of Chao’s. If you successfully raise your Chao under strict conditions, it may eventually turn into a legendary, immortal Chaos Chao (either of a Light, Hero or Dark variant) that will accompany you until the end of your Chao Garden days. Only then can you say you have ‘completed’ the Chao Garden mode, if there ever is such a thing.

There are plenty of other equally complicated elements to the Chao Garden that I cannot fit in this article, but as we approach Sonic the Hedgehog’s 30th Anniversary, the time is right for SEGA to bring back this minigame, so long as it keeps its insanely elaborate mechanics that make it so memorable.