As we near the end of a seven-year development hell cycle for Cyberpunk 2077, there are key lessons to be taken away with regards to development and expectations for future AAA titles, so let’s start at the beginning.

The initial teaser trailer released by CD Projekt Red in 2013, and the one that followed in 2018 both featured no real gameplay of any type, foreshadowing the major scheduling issues that would come to fruition in the later stages of 2020.

The initial product development, by all accounts, was perfectly normal, hinging on the development of RedEngine 3 and then the subsequent upgrade to the RedEngine 4 game engine instead. The sordid lack of any real development updates meant that the revelation that they were slating multiplayer to be released post-game, instead of on release, was a total curveball.

This event is a perfect microcosm for exactly why the game has been continually delayed. Clearly, the dropping of an initial multiplayer release points to how they were significantly behind schedule, and had to focus on single-player if they were to make their deadlines – it was a major red flag.

However, it was not seen as such at the time. Indeed, dropping multiplayer in place of single-player was met with praise from fans, being viewed as a direct response to their widespread complaints that there were far too few single-player experiences in the current video game market.

These adoring fans are exactly the reason why Cyberpunk has undergone continual delays, and why there are even more expectations placed on the game.

Propelled into the mainstream after the wild success of The Witcher 3: Wild Hunt, an RPG marked for extremely expansive DLCs and hundreds of hours of content, CD Projekt Red entered the cultural mainstream, and upon their announcement of a new RPG – namely, Cyberpunk 2077 – there were huge expectations for it to match the Witcher 3 in terms of critical acclaim.

This is an utterly inequitable expectation for Cyberpunk 2077, as CD Projekt Red, aside from one standout game (which even then, I would argue has sloppy combat and a story that peters out in the second half), has a rather poor track record for RPGs, with the first two iterations of The Witcher being far from stellar. Simply put, Cyberpunk 2077 is too vast and ambitious of a project for CD Projekt to deliver in their scheduled frame time.

I believe that the world we are met with will be barren, and vital content will have to be delivered in a multitude of post-game fixes – and if not, there will be more delays. Indeed, the mere fact that they are delaying so close to the end (with the game initially intended to come out in November, now delayed to December 10th) is incredibly telling of the actual state of the game.

CD Projekt’s over-ambition is the result of their hubristic ego: an ego that is solely the creation of their overzealous fans, and a deliberate extension by the heads of the company, and their PR marketing.

The attempt to keep up with deadlines has resulted in the creation of completely horrendous working conditions for the developers, forced into ‘crunch time’, which itself was something that was intended to be prevented by the months of delays.

Even in the face of criticism over The Witcher 3’s development, it’s now obvious that the company planned to crunch, regardless. “When you’re doing a big-ass game like this, crunch is unavoidable,” studio head John Mamais stated.

Of course, “crunch time”, a time of mandatory overtime where workers are subjected to 100 hour work weeks, should always be avoided. If, as a manager, you allow people to become hurt and psychologically damaged as a result of your actions, you have failed.

The same applies if you continually lie to the public about the issue of crunch – reduced to a non-issue, explained away as something that only inexperienced developers complain about. It allows the overzealous fans to attack with absolute impunity, demonising anybody that brings light onto these working conditions, discouraging people from speaking out. CD Projekt Red has been able to effectively sidestep criticism for most of Cyberpunk’s development cycle, continually skating on the goodwill of gamers, praising them as paragons of consumer rights.

Of course, these fans made no complaints about the introduction of micro-transactions, or when Adam Kiciński (CDPR’s Chairman) and Adam Badowski (Head of Studio Development) made promises not to crunch to their staff, only to subsequently break that promise and make demeaning comments about crunch being “not that big of a deal.”

Sadly, the only real criticism that was not neglected or ignored was the recent three-week delay, coming from the very same fans who unremittingly defended them against any perceived criticism, legitimate or not.

The situation became so desperate that Senior Game Designer Andrzej Zawadski had to publicly beg fans to stop on Twitter. There is no excuse for sending death threats – particularly towards the very people who have been subjected to horrid working conditions – from fans with an unquestioning sense of obligation to a billion-dollar corporation.

In the end, there is something about mindless consumers clamouring for a faceless corporation to maltreat and abuse its workers so they can play a game about dystopian hyper-capitalism that really doesn’t sit right with me.

Regardless of whether the game is delayed once again before its intended December release, there will still be intense pressure on the developers, either to meet a new revised deadline or to support the mass of bugs that will accompany the rushed release. CD Projekt’s Red track record renders me sceptical whether it will live up to expectations, but nevertheless, there will be people who will defend it to their dying breath. 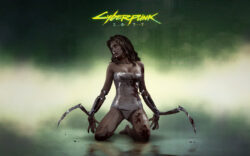 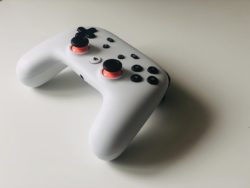