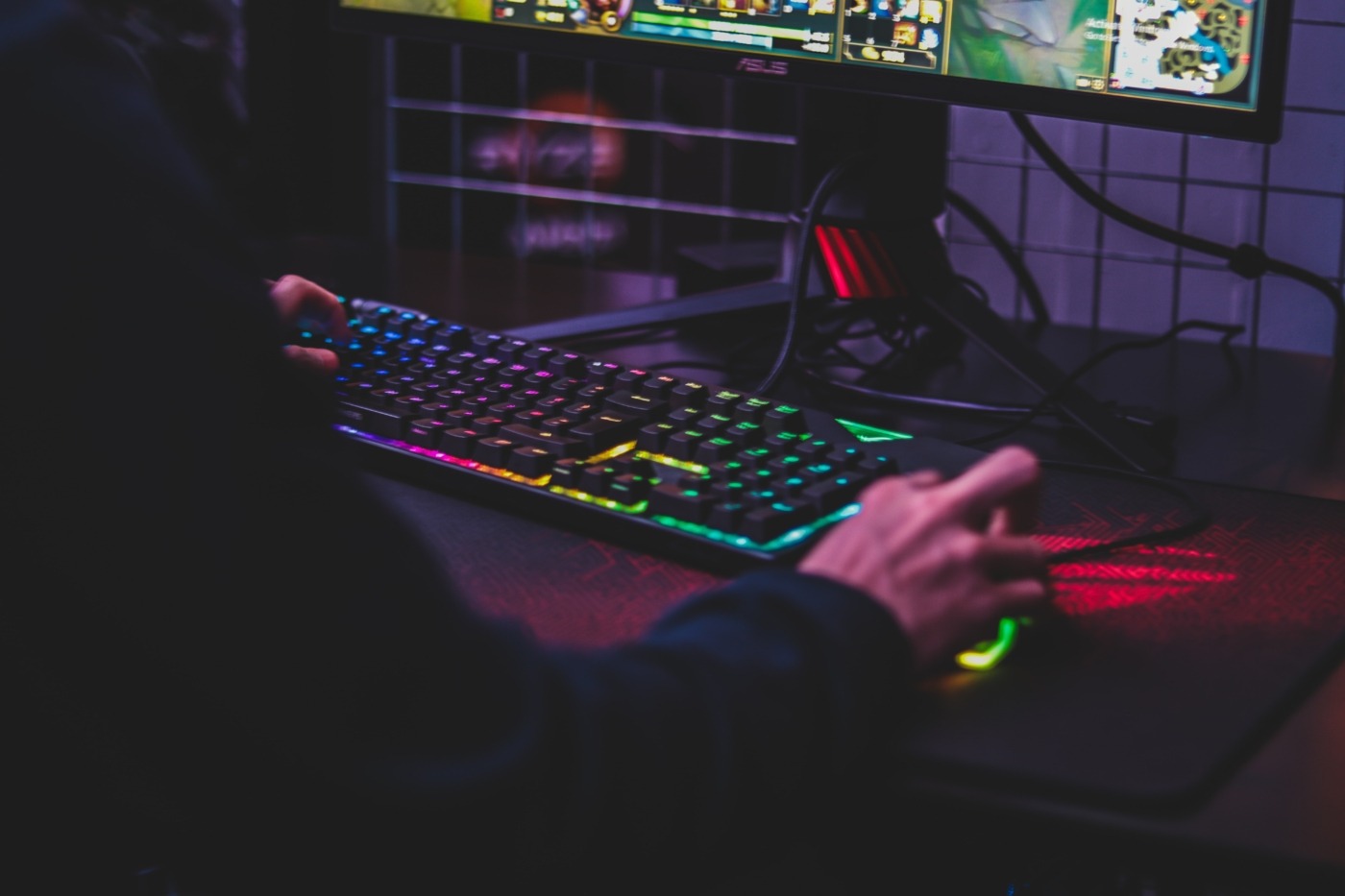 Gaming is a weird magical world. From being a relatively niche genre of entertainment, it has grown into a multi-billion industry, and has spread far beyond its traditional realm, becoming seamlessly interwoven with other elements of pop culture, like movies and music. Additionally, it has become associated with competitive championships, generally referred to as Esports and similar in concept to their counterpart in traditional sports, and has developed strong connections with online platforms specifically designed to cater to gamers (Twitch is a case in point of this).

However, my aim today is not to discuss the aforementioned recent developments, but rather to explore another element that in many ways has become a staple of one’s identity as a gamer; that is, RGB lighting – naturally, in relation to gaming.

Let us start by defining the meaning of the term RGB: it stands for Red, Green and Blue, the three colours that combined are able to produce millions of different hues of light. This is precisely what RGB LEDs do, creating a wide variety of colour arrangements.

Before going further, it is worth mentioning that RGB is not a new concept. Mixing these three colours is the standard practice to bring colour to screens, regardless of whether we are talking about smartphones, televisions or computers.

Putting aside further technicalities, and focusing specifically on its relevance to gaming, RGB lighting has become ubiquitous, slowly spreading to keyboards, mousepads, headphones (even headphone stands) and speakers, among other elements.

Obviously, this feature has not been limited to computer gadgets; computers themselves have not been exempt from the trend. One has only to go for a quick scroll on the Internet in order to see just how many PC components containing RGB lighting are sold nowadays: from case fans to cables to RAM, nothing escapes RGB LEDs’ grasp.

Naturally, computer cases themselves have also been subject to the feature. After all, what would be the point of having RGB lights if you were not able to admire them? All these RGB LED-infused elements co-exist next to the more “traditional” applications of this form of lighting, as in the case of lamps and wall lights. Importantly, you can now also choose to directly purchase RGB LED strips, which are perfect for the more adventurous of students, as they can be applied freely on various surfaces to create eye-catching effects!

As you might have worked out by now, RGB LEDs are not strictly necessary to the gaming experience. Instead, they are a plus, and serve to transform one’s gaming post into a sleek glowing “workstation” that is vibrant in colour and aesthetically pleasing. But just why has this practice become a hit among gamers?

Obviously, everyone will have a different idea as to why it has become so important for gamers to own objects with this feature. In my opinion, the popularity of RGB lighting in the gaming world is due to gamers’ desire to feel part of the gaming community. These lights are so popular that they have become synonymous with being a gamer and consequently, many will want to purchase them in order to feel that they belong to the wider community.

Additionally, RGB LEDs bring uniqueness to any room. It is true that they are widely applied, but the potential for originality is still there. For example, by using RGB LED strips one can decorate surfaces in imaginative ways and combine colours to create effects that one would not normally find in someone’s room.

Last but certainly not least, another reason RGB lighting is so preponderant in the videogaming world is because it lends itself perfectly to the gaming experience. Playing in an environment subject to harsh lights is vastly different to playing in the same setting, but with soft fuzzy multi-colour lighting, which moreover is vastly different from playing in utter darkness.

RGB LEDs are soft in intensity, making gaming an enjoyable experience. You get to truly be absorbed in the game, while still remain in touch with your surroundings – something not possible in a completely dark environment.

Conversely, playing in a brightly-lit setting does not lead to the same sense of immersion you would get if the lighting were suffused and soft. I myself have noticed this in relation to watching video game streamers online.

I have realised that I am more easily drawn to streams where the players use RGB lighting; not only does it go well with the gaming experience, inevitably leading you to be drawn to the screen, but it also makes you feel as if you are part of the gamer’s environment, and not simply a stranger watching through a screen someone else play a videogame.

As a side note, I also think that RGB LEDs have a certain appeal as they tend to be associated with the “high-tech” world, and I can imagine that many videogamers would be inclined to use of them for this reason. After all, Video games themselves are bound with the world of technology, and you could imagine that someone who is deeply fascinated by this world would want their own room to reflect this.

Having said this, is RGB lighting really all good, or does it have drawbacks after all? You could easily argue that it entails an environmental cost, as energy is required for these LEDs to work. However, continuous innovation has meant that LED lights have become progressively more and more energy-efficient, and less damaging towards the environment than other electrical devices, for example.

Another possible issue is that these lights might deter from the gaming experience, and lead to distraction and difficulty focusing on the game itself. However, I don’t really think this is an issue. The location of RGB lights is in a large part depending on the gamer’s personal taste, and I can imagine that most players would try and avoid placing them in such a manner as to make them annoying and detrimental to the gaming experience.

For those who dislike RGB LEDs, it is still possible to do away with them, as not all gaming gadgets necessarily include them. Luckily for gamers, RGB lighting is one of many options, rather than the only choice.

However, RGB lighting being one of many options does not mean that it has not been taken to its extreme. A quick scroll on Amazon is enough to reveal the absurd uses RGB LEDs have been put to. Don’t get me wrong, I myself am a sucker for these lights. I own a silicone RGB LED lamp shaped like a cat, so I’m probably the last person that can judge the questionable items on sale on the Internet.

But seriously, is there many purposes in owning RGB custom fridge lights? Or of a shower head that comes with three different RGB LEDs, in order to make your showering experience multi-hued? Is it really that necessary? I understand they can be quite relaxing, but having them all around the house would make me feel like the main character of some dystopian cyberpunk horror movie.

I guess what really is important is that one gets the choice to do what pleases them most, even if it means having a disco in their fridge.