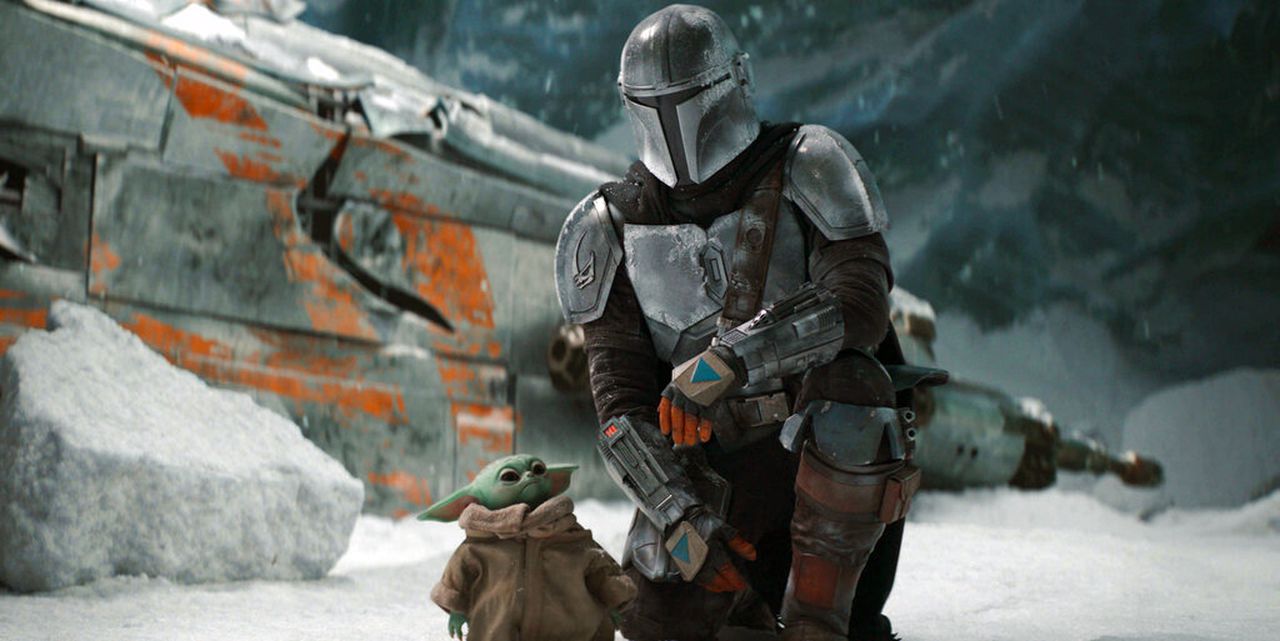 Disney+’s headliner The Mandalorian is finally back in action! After a fantastic first season, Star Wars fans have access to Favreau’s brainchild of Star Wars sci-fi with a gunslinging hero. With what may have been the most positive reception of live-action Star Wars material in a rather long time, expectations are certainly high for the second season to deliver. I believe it does.

The opening scenes of this episode get straight to the point. The first words of the recap are “when one chooses to walk the way of the Mandalore, you are both hunter and prey”, which sets the tone for this series. The Mando, Din Djarin has a purpose to fulfil: to reunite the adorable Baby Yoda (who is somehow even cuter than before) ‘with his kind’, whilst hunting for signs of his Mandalorian brethren who can aid this quest. We join him during his hunt, where a deal goes bad and our protagonist takes down a small gang with ease (in one of several echoes of the first season). For me, this beginning is exhilaratingly characteristic of The Mandalorian, and, along with the title scroll baring ‘Chapter 9’, highlights that this is a continuation, and we can expect the same powerful performance of its predecessor.

From the beginning, we can expect the same powerful performance of its predecessor

Yet, with a subsequent return to Tatooine, I was admittedly sceptical. Not only have we visited the planet many times before throughout various media in the franchise, The Mandalorian spent a good amount of time around Tatooine during its initial season. Would the show become too concerned with trying to recreate the success it had worked so hard for before? Any concerns that I might have had soon fell apart when the focus lent itself to a relatively unexplored side of the famous location. With possibly the best portrayal of Tusken Raiders in the new canon, the Mando rallies the Sand people and the inhabitants of a near-abandoned settlement against a Krayt Dragon. Amongst them is Cobb Vanth, The Marshal who the episode is named after, and a lesser known character from the Aftermath novels. Portrayed by Timothy Olyphant, the gunslinger is another example of The Mandalorian’s tendency to introduce charming and interesting side-characters whose arcs are explored within the bounds of single episodes. However, what undoubtedly would stand out most to long-time fans of the series would be the equipment worn by this character: the Mandalorian armour of Boba Fett. Then, in the final moments of the episode, the viewer is given a glimpse of a scarred and aged Temuera Morrison, the face of Fett himself. Considering that Fett’s fate was left ambiguous back in Return of the Jedi the appearance of a character so beloved by audiences has left a rather large impact, whilst showing that Favreau certainly means business with this new season. It leaves viewers with the question: will these two Star Wars icons face off in a later chapter?

Would the show become too concerned with trying to recreate the success it had worked so hard for before?

Despite the expanding scope of the Mando’s new quest and the additions of powerful threats such as Boba Fett and the Krayt Dragon, the show retains its grounded atmosphere. The tone and pacing play a big role in this, keeping the action moving but focused, without unnecessary distractions of sub-plots – something that the recent Sequels trilogy has been criticised for. This also translates to the cinematography, where the conservative usage of CGI among physical props results in the the Krayt Dragon, a colossal creature, feeling alive and menacing. Tatooine itself looks beautiful, with landscape shots detailing the golden ocean of sand in ways that the movies could not. Whether it is the writing or the visual events, The Mandalorian does not break immersion.

‘Chapter 9’ is a fantastic continuation of the series, showing that the show will stay characteristically The Mandalorian whilst undertaking new challenges and scale. As before, this episode sets the tone for the path that Din Djarin must walk as he hunts for a haven for Baby Yoda, yet it also suggests that he may have a new hunter on his trail.