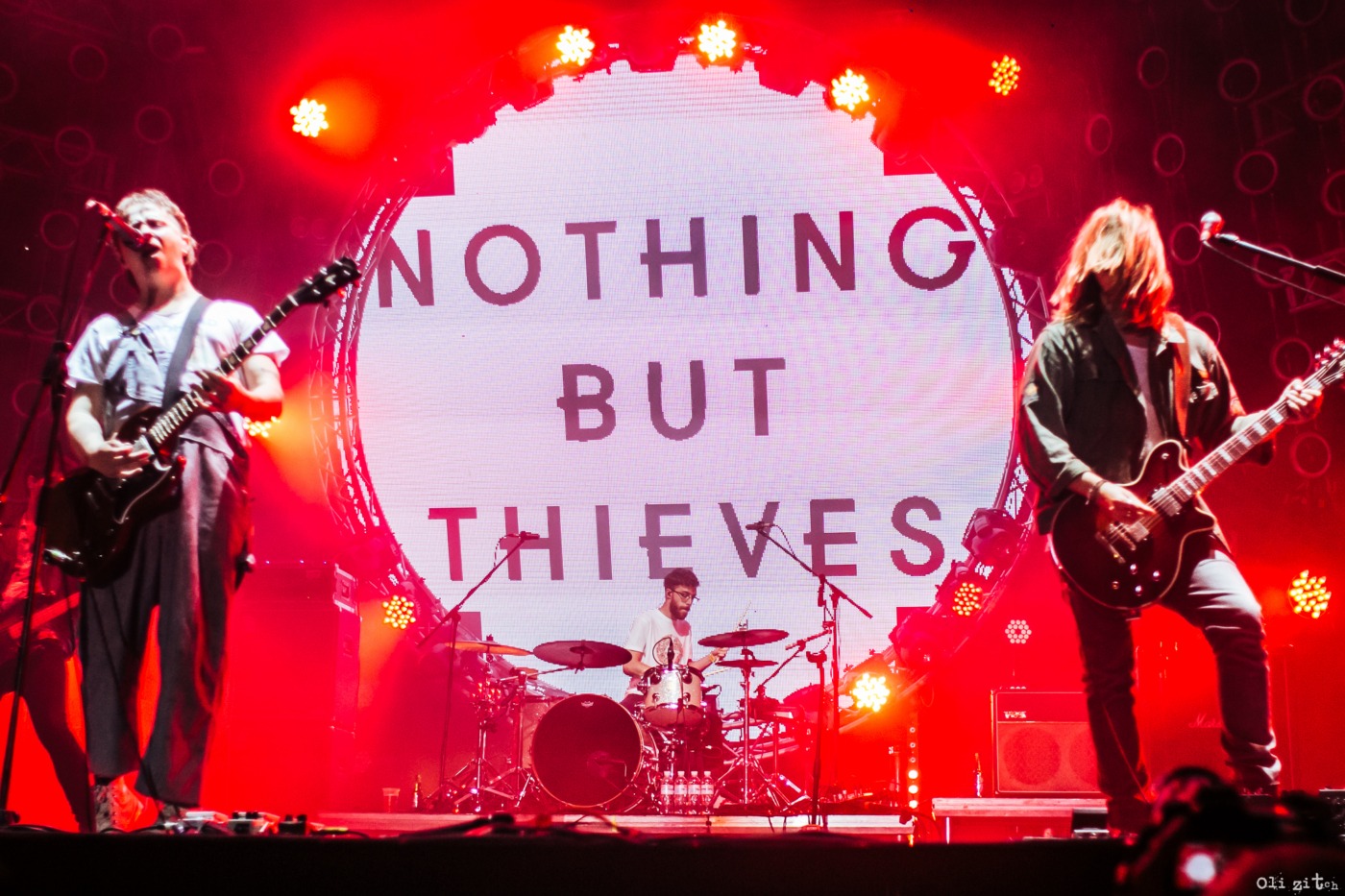 Nothing But Thieves: the ‘Moral Panic’ of just another indie band

Essex-based Nothing But Thieves continue on their socially conscious – ‘woke’ to be unkind – path with their third album Moral Panic. However, it fails to tell a coherent story or go beyond the surface-level discourse of the world’s woes. You can’t help but feel like the audience they had in mind were 16-year-old teenagers just starting to get a grasp of current affairs.

Let’s start with the opening track, ‘Unperson’. The song has a catchy electro-rock beat with well-mastered vocals. Technically, it’s fine, but it’s all very aggressive with little to say. There are interesting dystopian references that make a nod to George Orwell’s 1984, but overall the message seems all over the place.

Next, we have ‘Is Everybody Going Crazy’, which speaks to a sense of feeling removed from society and being alone. The title track, ‘Moral Panic’, a song about climate change and the complacency of the older generations. However, the song structure is unfortunately bareboned, with buzzwords “post-truth” and “information age is the modern joke” making for particularly cringe-worthy lines.

‘Real Love Song’ is one of the few tracks that redeem this album. I love everything about it, from the synthetic hook to the passionate vocals. The background to producing the song is also quite humorous, with guitarist and keyboardist Dominic Craik claiming they decided to make a love song because they were told they don’t have enough. Unfortunately, this really is the highlight of the album, with the rest falling into mediocrity.

‘Phobia’, which seems to be a case study on an individual’s mental health difficulties exacerbated by drugs and the internet, is another track that doesn’t go anywhere. It reminded me a little of The 1975’s ‘Love It If We Made It’, a track that addressed similar themes, but felt significantly more complete and fleshed out.

‘This Feels Like the End’, which is inspired by the War on Drugs, is a more sombre track which I feel as though I would connect with more in my younger years when I struggled with depression. But right now, a better me feels like it’s just another song with little substance. The rest of the songs give me the same response, but I feel compelled to share my thoughts on one final track: ‘Impossible’. It’s clearly a fan-favourite because the introduction, I’m not a sixteen-year-old encountering my first love.

The band also clearly wears their influences on their sleeves. You can hear hints of Muse in ‘Is Everybody Going Crazy?’ and even some Arctic Monkeys in ‘Can You Afford to Be An Individual?’. But the trouble is, their contemporaries just do it better. Muse have been creating socially-conscious music infused with catchy guitar rhythms for over two decades, IDLES have popped into the scene with consistently amazing hard-rock albums, and even The 1975 have transitioned from pop-rock to something more mature. I could even add Sports Team to that list with their stories of Middle England.

In such a crowded genre, Nothing But Thieves have done little to differentiate themselves from being labelled as just another indie rock band, which is real shame. I really did believe they were moving forward in their previous two albums. It seems they have stagnated as the industry moves forward.