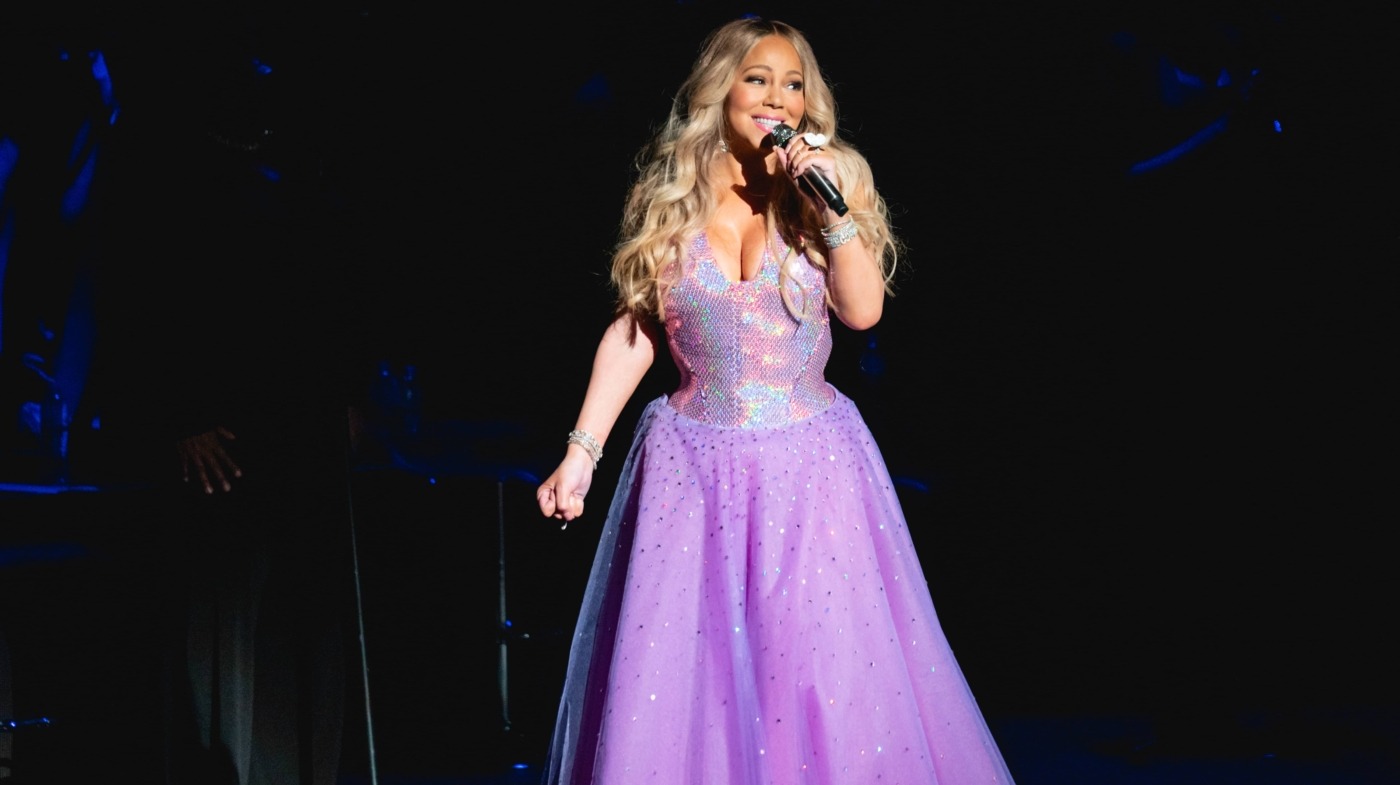 As we approach the most wonderful time of the year again, it seems to always be the music of Christmas that heralds the beginning of the season. The festive spirit possesses almost all of us, and people of all different beliefs and creeds find something during the holidays to enjoy. One thing, that seems to transcend all social barriers and differences, is the power of ‘All I Want For Christmas Is You’.

Everybody who knows me knows that I am a die-hard Mariah Carey fan. I am a ‘stan’, I am a ‘lamb’, and I am probably the most well-versed person in all things Mariah at this university. Imagine the immense joy I get annually, when everyone around me gathers to sing her timeless classic (and 19th number one hit for those counting). However, I have a great shame that I am finally ready to confess; my idol has released 15 studio albums in her 30-year long career yet I have only ever listened to 14 of them. Even though I’ve listened to all her EPs, compilation albums, soundtrack albums and even remix albums, there is one studio album I have avoided like the plague: Merry Christmas II You.

This 2010 studio effort is, for better or worse, the sequel to her deified and popular 1994 classic, Merry Christmas. I love Mariah, but I tend to only listen to Merry Christmas during the last two months of the year. It is one of the few examples of contemporary Christmas perfection; something which many pop stars have tried to achieve and have subsequently failed (see Kylie Minogue’s effort, Kylie Christmas). Merry Christmas is a tirade of hit after hit, and classic after classic: ‘Silent Night’, ‘All I Want For Christmas Is You’, ‘O Holy Night’, and many more. Due to the album’s untouchable nature, the very existence of Merry Christmas II You has always felt like a form of disrespect. How dare she release a sequel album? Doesn’t she realise that sequels, more often than not, never live up to the original?

Her voice acts as the bridge between two very different pieces of music, all whilst enveloping you in its warm essence

Out of my disdain for Merry Christmas II You’s very existence, I’ve more or less avoided it for 10 years. Last Christmas, I was listening to the 25th anniversary re-release of Merry Christmas, and it featured the sequel album’s lead single, ‘Oh Santa!’. I had heard ‘Oh Santa!’ before and I can only describe it as a Christmas variation of OutKast’s ‘Hey Ya’; infectious, unforgettable and effortlessly feelgood. By the following January, ‘Oh Santa!’ was still lingering on my mind and I was beginning to realise my disregard of Merry Christmas II You may have been hasty. I promised myself that the following Christmas I would finally listen to the album, in full, and open myself to the possibility of it being a worthy successor to Merry Christmas. Well, in Mariah Carey-land Christmas starts on November 1, Merry Christmas II You was released on November 2 2010, and so it only feels right that Bailey Agbai’s retrospective review be released on November 3 2020. I’d argue that Drake would say these timings were all part of ‘God’s Plan’.

I must confess, as the time finally came to listen to the album, I was really excited. A full Mariah album that I had never heard before was an irresistible treat. Karl Marx said religion is the opium of the people, but I’d argue that it’s actually new Mariah Carey music. The album’s opening is a ‘Santa Claus is Coming To Town’ intro instrumental, signalling the arrival of the Queen of Christmas. It leads into ‘Oh Santa!’ which, as I’ve mentioned before, is as infectious as it is lyrically masterful. ‘Oh Santa!’ truly is this album’s ‘All I Want For Christmas Is You’; loved by anyone who has the privilege to hear it.

There’s a clear distinction between this album and the more well-known Merry Christmas. Whilst Merry Christmas carries an air of sophistication, wholesomeness and coherency, its sequel instead boasts childishness, unbridled joy and honesty. It carries all the hallmarks of a Mariah Carey album: nuanced vocal layering, expert songwriting and powerful vocal belting. However, there is one thing I simply cannot decide whether I hate or love: it sounds too sexy. Mariah’s voice is considered one of the most unique in the industry, but it’s also one of the most sensual. On ‘Christmas Time Is In The Air Again’, her whispered and hushed tones create a somewhat jarring juxtaposition to the album’s childlike nature. She sings as though Nigella Lawson were producing the record and ordering Mariah to make every syllable sensual and suggestive.

But as sexy as her voice is, it is also as warm as a Christmas fireplace. On ‘The First Noel’ and ‘Born Is The King’ interlude, her voice carries us from the festive warmth and security of an understated carol into the unexpected R&B beat trappings of a smooth daydreamy sound. Her voice acts as the bridge between two very different pieces of music, all whilst enveloping you in its warm essence.

For someone as invested in Mariah Carey as myself, the most interesting song on this album is her rendition of ‘O Come, All Ye Faithful’ with her mother, Patricia Carey. Patricia is a retired opera singer and so certainly has some talent. The combination of Mariah’s soulful notes with Patricia’s operatic wailings aren’t particularly for me, and Mariah really does show her own mother up on this track. But what makes this song so fascinating ten years on, is the fact Mariah featured her mother at all. In September of this year, Mariah released her first memoir, The Meaning of Mariah Carey, in which she detailed her tragic neglect at her mother’s hands. Perhaps, in the true spirit of Christmas, it is Mariah’s attempt to find some kind of connection with the distant mother she now only refers to as ‘Pat’.

Merry Christmas II You feels like a physical manifestation of the dream that Mariah Carey was living at the time. In 2010, she was celebrating her 20th year in the industry, a smitten newlywed, receiving critical acclaim for her role in Precious, pregnant with her twins, and she was still very much considered a bankable chart-topper. This album seems to be an amalgamation of all the blessings she was experiencing during this period. It may not be as timeless as Merry Christmas, but it certainly knows how to hold its own. Not only do the light-hearted and carefree sentiments of the album reflect the joy she must have been feeling at the time, they also encapsulate the one thing Christmas is all about: merriness.