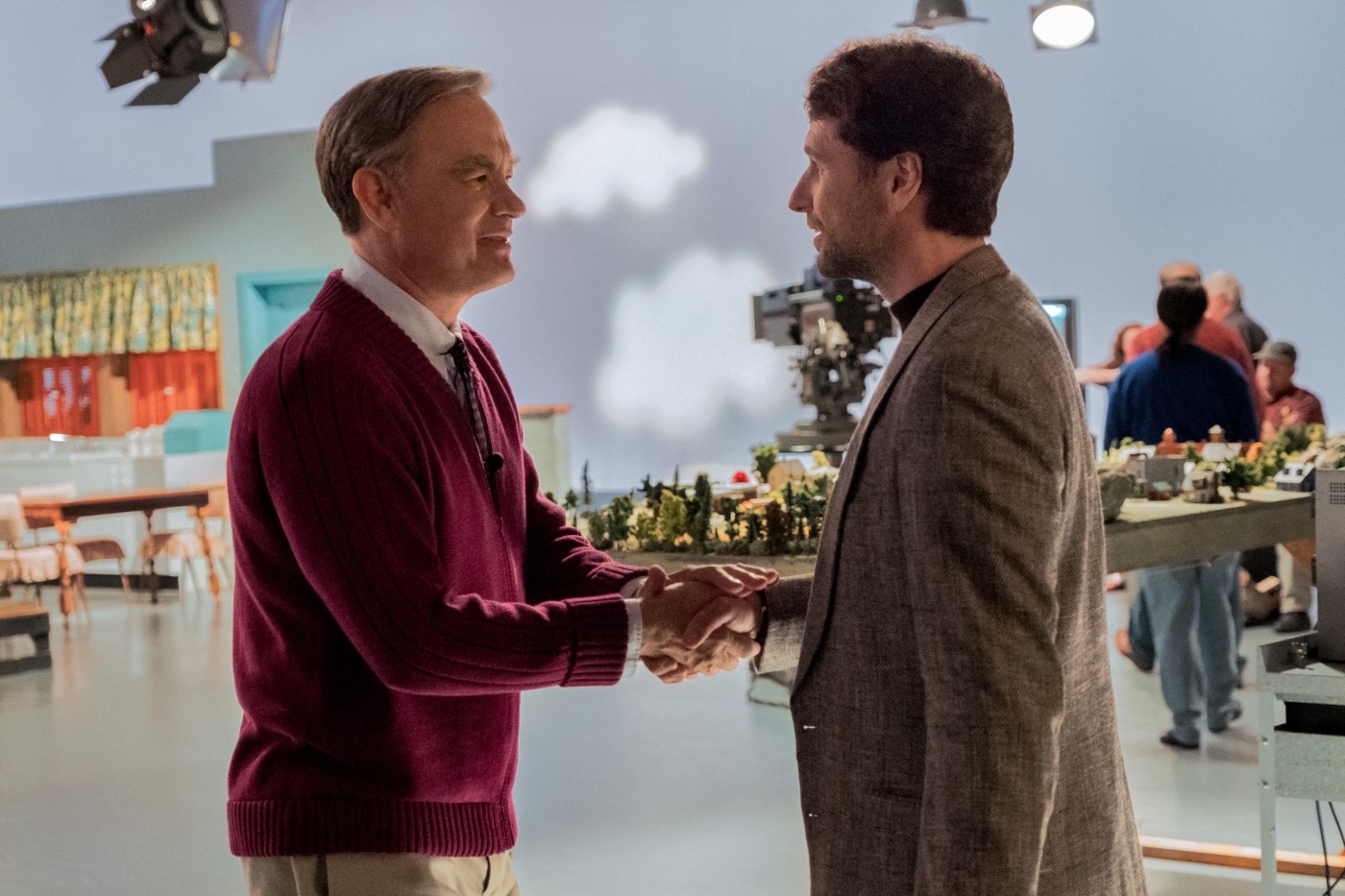 With the country in another lockdown, I have been yearning for a feel-good film to distract me from the turbulent landscape with which we have been confronted. With this in mind, I came across 2019’s A Beautiful Day in the Neighbourhood, a film that stares into the deep void of anguish and inexplicably leaves the audience feeling hopeful and excited to face the world.

Loosely based on the true story of an Esquire journalist in 1998, the film follows Lloyd Vogel (Matthew Rhys), a journalist who is sent to interview Fred Rogers, the beloved host of American children’s TV programme Mister Rogers’ Neighbourhood. However, this dynamic  between the two is flipped on it’s head when Rogers becomes aware of Vogel’s failing relationship with his father (Chris Cooper). The result is a masterfully crafted film that poses some complex questions in it’s beautiful simplicity.

The quality of the film is hardly surprising when you realise that it was directed by Marielle Heller, famous for helming Can You Ever Forgive Me? (2018) and The Diary of a Teenage Girl (2015). She handles the potentially heavy themes of loss and conflict with tremendous delicacy, whilst refreshingly and deftly balancing the darkness of these themes with the uncompromising optimism of the protagonist.

The performances are stellar across the board but, of course, special mention goes to Tom Hanks and his pitch-perfect portrayal of Fred Rogers. As somebody who didn’t grow up in America, I was unaware of Rogers until the release of the 2018 documentary Won’t You Be My Neighbour? However, after being exposed to both of these films, it is undeniable to me that this sudden swell of Rogers popularity in the mainstream media is not only appreciated but necessary amidst the current zeitgeist. Hanks has a reputation for his endearing nature, and so casting him as this American icon famous for his kindness almost seems like a no-brainer. Come to think of it, I do not remember a film in which I could unequivocally state that Tom Hanks’ performance was anything less than great. Rogers is a shining light of moral fortitude in a film that explores the darker aspects of everyday life. It is somewhat refreshing, after the recent dominance of bombastic superhero cinema, to follow a real person whose moral fortitude is just as strong as that of these larger than life titans.

You instantly gravitate towards Rogers, not because of his compelling narrative but because of his warmth, kindness and world-wariness. There is careful consideration given to each line of dialogue that Hanks delivers, and he brings his irreverent charm and a pensive wisdom to the role. However, Rogers goes through what one would call a flat arc over the course of the film. He does not change as the narrative progresses, but instead changes the perspective of the world around him.

This is not to say that Rogers is not a complex character. Hanks and Heller bring depth and nuance to a character who, on the surface, seems to be an uncompromisable pillar of wholesome kindness. The complexity of the concept of humanity is not lost on the character despite his warm tendencies.

There is careful consideration given to each line of dialogue that Hanks delivers, and he brings his irreverent charm and a pensive wisdom to the role

This all comes to a head in the final minutes of the film, a harrowing scene in which Rogers, after visiting Lloyd and his dying father, sits at his piano. As the lights of the studio slowly dim, he plays an angry, incoherent tune as the film fades to black. While a seemingly inconsequential moment, it shows the full range of emotions that Fred Rogers was confronted with throughout his life, which makes his unrelenting kindness in the face of those who spoke to him all the more impressive. It reminds us that, whilst considered an icon of American television, Mister Rogers was first and foremost a human being.

Ultimately, this film has never been more poignant. With a major US general election dominating the news, and a swell of global nationalism, the antagonism of our neighbour has become increasingly common. The film underscores the fact that just one person simply stepping up to help can profoundly change the life of another. In a world in which it is becoming increasingly difficult to be kind, Fred Rogers has come along to remind us that even in the toughest time, kindness needs to prevail.