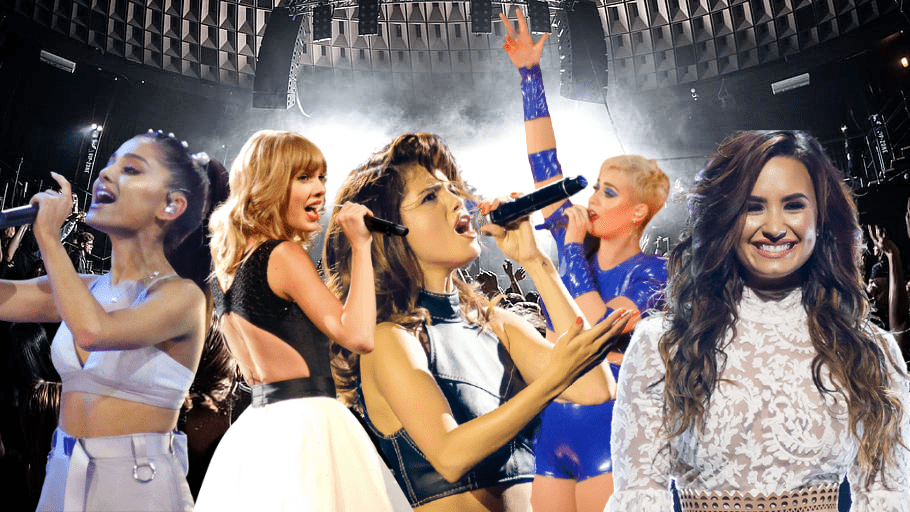 Arianators, Swifties, the Beyhive – all fandoms of female pop superstars are dedicated to supporting their idol, no matter what. These followers (or ‘stans’ as they’ve come to be known as) work hard to maximise their favourite’s success in an incredibly volatile industry; sharing their love on social media, attending concerts, buying records and merchandise. However, these fanbases are too often at loggerheads with one another as they fight to come out on top. While this is by no means exclusive to female stars, it’s disappointing to see considering that women are also under-represented in the industry.

One of the biggest rivalries is that between Rihanna and Beyoncé’s fans: the Navy and the Beyhive. In 2016, Rihanna liked a post on Instagram claiming the Recording Academy avoided shortlisting her for certain Grammy categories, because they didn’t want her to do better than Beyoncé. Cue heated back-and-forth between the fanbases, resulting in Rihanna having to clear things up in a comment on the original post, wishing that her fans would “see the bigger picture” and noting that “we don’t need to be putting black women against each other!”. In 2019, things kicked off between Ariana Grande’s fans and Taylor Swift’s fans, once again over the Grammys, with the latter arguing that Ariana’s album, Sweetener, shouldn’t have won over Taylor’s Reputation. With both of these situations, it’s when debate descends into ad hominem attacking of both the artists and the fans, that it becomes a problem – music evaluation and analysis is a healthy part of listening, but it’s not necessary to launch into tirades of mean comments against other creatives and their supporters.

A lot of this rivalry is promoted by the media, too – inflammatory headlines rile up both sides, and make mountains out of molehills

In other arts, we don’t really see the level of rivalry that we see in music, and part of this is due to the competitiveness instilled in performers from the very start of their careers. Girl groups like Little Mix and Fifth Harmony got their start from singing on the X Factor, a show where groups are pitted against each other and the success of others can come at the expense of your own. Of course, that’s how competitions work and I’m not saying that they should necessarily be changed, but the premise of televised talent programmes means that artists have to quickly get used to being compared and scrutinised. This certainly can have an influence on how fans interact with each other, as they’ve seen their idols battle it out to be where they are today.

A lot of this rivalry is promoted by the media, too – inflammatory headlines rile up both sides, and make mountains out of molehills. Examples such as ‘Rihanna vs. Beyoncé: who reigns supreme?’ and ‘Ariana Grande VS Taylor Swift: Who Is The Princess of Pop?’ stoke unnecessary rivalries. Both of these headlines seem to imply that only one woman can be at the top, which is a harmful precedent for the diversification of the music industry, particularly when the media insists on pitting two black women against each other.

In our divided world, it’s time for us to unite over the universal language of music

This behaviour isn’t just a problem because it’s wrong to tear other people down, but because women in the music industry are seriously underrepresented – a report by the USC Annenberg Inclusion Initiative found that across 800 US singles produced between 2012 and 2019, just 21.7% of artists were women, all the more reason for fans and artists alike to support female artists. With such little representation in the music industry, we can’t afford to be knocking women down.

Things might be looking up though. In the wake of the #MeToo movement, and the increased awareness of the lack of female representation in the music industry, society is becoming more and more aware of this inequality. People are beginning to realise that someone else’s success doesn’t have to come at the expense of your own, and multiple female artists can be lifted up and recognised without threatening your favourite singer. In our divided world, it’s time for us to unite over the universal language of music.