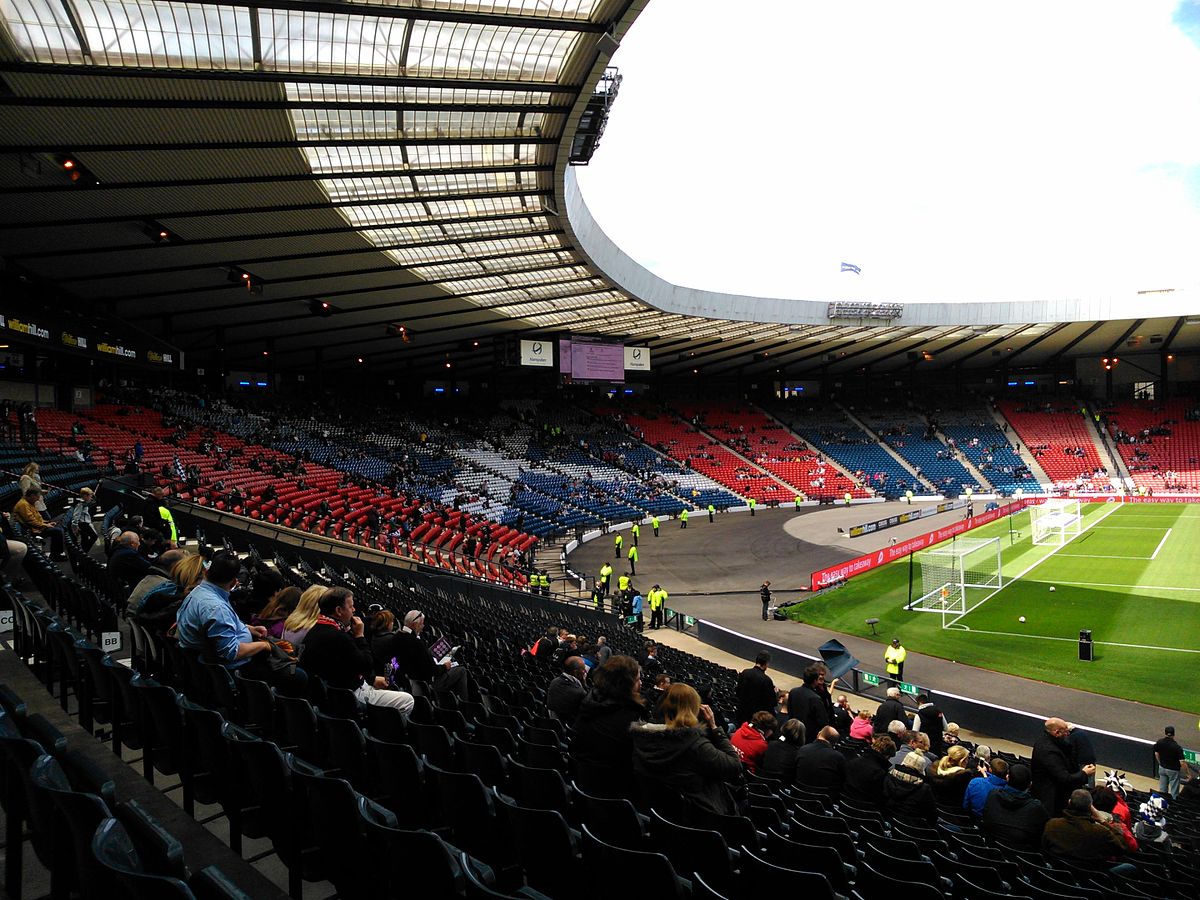 As a Scot born late in 1998, I have never seen my country play in a major tournament. It’s not that I’m optimistic about how we’d do, more that I want to dream, I want to be inside the party, not just looking in through the window. Scotland now have the chance to dream after their victory over Serbia. It wasn’t easy, but it never was going to be.

But before I describe my heightened state of agitation as Mitrovic prepared to take the decisive penalty kick, you have to understand where we’ve come from. Last time Scotland played in a major tournament was France ’98, where we were unlucky to lose 2-1 to Brazil, turgid to draw 1-1 with Norway, and abject as Morocco put three past us. Since then my entire life so far has passed.

Thinking back on my best Scotland moments before Marshall’s save in Belgrade on Thursday, two spring to mind. The first is an almost moment – Leigh Griffiths’ 90th-minute free-kick to put Scotland 2-1 up at Hampden in 2017. My elation lasted only three minutes as Harry Kane bagged a jammy equaliser, but still, it was something to hold onto.

The second is more obvious, James McFadden’s ridiculous 2007 goal as Scotland humbled France (Abidal, Ribery, Vieira et al.) at the Parc des Princes. I watch it so much I’m constantly recommended it on YouTube. Yet I find it hard to think fondly about McFadden without also remembering Scotland’s 2-0 loss in Georgia a month later to make qualification for Euro 2008 a long shot.

So really both of my favourite Scotland moments are tinged with inevitable disappointment. Snatching defeat from the jaws of victory becomes something of a state of mind when watching Scotland. Of course, I’d heard stories from before I was born, shown videos of Archie Gemmill dancing through the Dutch defence in Argentina ’78, but those weren’t my moments. I had only Griffiths and McFadden.

Interspersed among these rare moments of elation are the moments of hilarity that I can only laugh at. My favourite recently being when former manager Gordon Strachan suggested we didn’t qualify for the 2018 World Cup because “genetically, we are behind”. He pointed out Scotland were unable to combat Slovenia’s height and strength and suggested: “maybe we get big women and men together and see what we can do”. Thanks, Gordon.

Strachan was right, Scotland were the second smallest team in Europe, the top spot was taken by Spain, and just creeping a little above the Scots were the Portuguese. Similarly underachieving nations then.

All this, McFadden, Griffiths, Strachan, genetic disadvantage, even Sunshine on Leith, was racing through my head as I thought we were about to beat Serbia before Luka Jovic, unmarked, headed home to send the game into extra time. From there I lost any composure, receiving a million pictures of the famous Trainspotting ‘It’s shite being Scottish’ scene from kind friends. It seemed so predictable, we were three minutes away from qualifying, so close yet so far.

Extra time passed with Scotland dead on their feet, relying on the brilliance of David Marshall to keep them in the game. As penalties came Marshall was asked to step up once again. It was a high-quality shootout, I thought Scotland’s penalties were more assured, but I am biased. Eventually, Marshall, who had been guessing right more often than not, went the right way against Mitrovic and Scotland had done it. Though not before Marshall had made sure the ref wasn’t going to pull him up for going too soon.

It seemed poetic justice that the Serbians, who had been jeering every Scottish penalty taker, seemed to refuse that they had lost the shootout in a Trump-esque denial of truth. The Scots though, I among them, didn’t care. Suddenly the videos started to pour in, from Belgrade, Edinburgh, and everywhere else, showing just how much this meant. Ryan Christie was representing us all as he struggled to hold back tears and overnight ‘Yes Sir, I Can Boogie’ became the unofficial national anthem.

For a while it has felt like the gap between the national team and the country has been widening, dwindling attendances pre-COVID and lacklustre performances did not help. But it feels that with a kick of Ryan Christie’s boot, and with David Marshall’s strong hand, that is all forgotten. So, thanks to Steve Clarke, Christie, Marshall, and the whole team for making Scotland dream. It isn’t so shite to be Scottish after all.