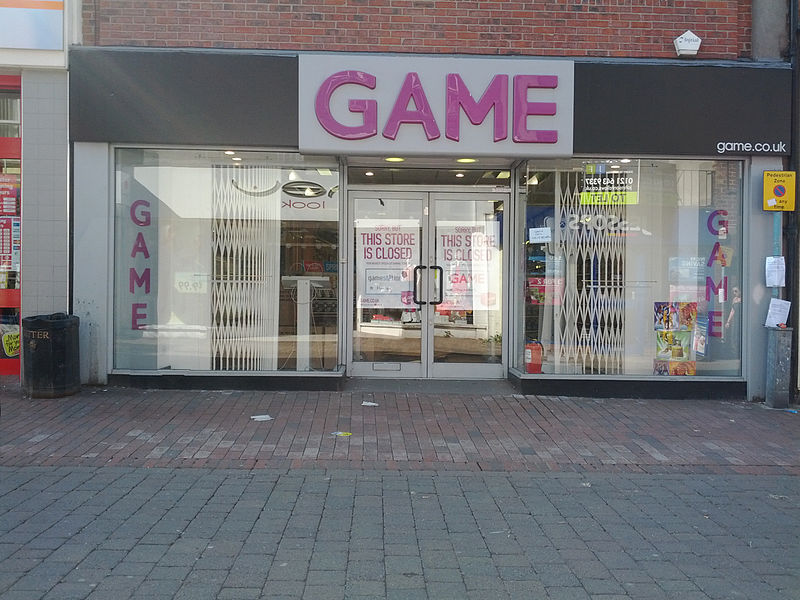 It’s been a rough year for retailers. With government measures aimed at tackling the spread of COVID-19, ‘non-essential’ businesses have been forced to shut for the second time this year, as another national lockdown is imposed in England, with similar measures in Scotland and Wales. One store that has particularly felt this is GAME.

The video game retail industry is already cutthroat, with slim profit margins and fierce competition. It’s no surprise then that GAME is the only game-centric (if you pardon the pun) retailer left in the UK – and even then, it continues to operate at a net loss. The company was acquired last year by Mike Ashley, who is best known as the controversial owner of Sports Direct. Ashley has a reputation for scooping up failing businesses, having taken over House of Fraser when it went into administration.

It’s safe to say then that GAME has had a rough decade. To its credit, the company has attempted to shift its focus back to the gaming community, away from the random paraphernalia that it used to sell.

In its larger stores, GAME has opened so-called gaming arenas, where customers can book gaming setups to play their favourite games on a rental basis. It even launched the Insomnia Gaming Festival, hosting the largest LAN party in the UK, with one event taking place in Coventry.

Finally, we of course cannot forget about the exclusivity deals GAME has with publishers to sell ‘Special Editions’ of games, forcing the most devout of fanboys and girls to shop with them.

But like I suggested, GAME still faces significant competition, not least from Amazon and digital sales. The problem is one of pricing and convenience. Online stores like Amazon have significantly lower costs owing to not having a retail presence, which means they can afford to knock a few pounds off the price of games to undercut GAME. Even traditional competitors like Argos have adapted to the changing market, shutting down many of its big retail stores to replace them with smaller collection points within Sainsbury’s chains across the country.

On the other front, the maturation of digital stores on consoles means that a growing number of customers are buying digital copies of games. While not the budget-friendly option, this has the convenience of getting instant access to your games (results may vary depending on how bad your Wi-Fi is). This trend will only accelerate with the PlayStation 5 Digital Edition and Xbox Series S.

From the perspective of gamers, therefore, the only reason to purchase your game at full price from GAME is for exclusive Special Editions. Put it this way, neither your writer nor the editor of this section bought Spider-Man: Miles Morales from GAME because it was cheaper or more convenient to purchase it elsewhere.

GAME does, however, have an online store which ships orders directly to your door. It’s likely that the online store is what’s keeping it afloat during the pandemic – boosted by the release of the next-gen consoles earlier this month. Is it painful for GAME that their doors aren’t open during the highly profitable Christmas season? Maybe, but given no one can get their hands on console stock, I don’t think it has hurt them too badly. Anecdotally, I also think the vast majority of people will be ordering their electronics online, a trend accelerated by the pandemic.

But this might mean GAME will only continue to live as an online store, which in my opinion would be tragic. The UK high-street is sorely lacking in specialist stores like GAME in a way that it isn’t in the United States – it would be a shame to relegate video games to a small corner of Currys PC World or John Lewis. But I have a feeling that GAME will survive in its physical form. In the US, Microsoft recently signed an agreement with GameStop to give them a cut of all digital sales on consoles sold through the store. The console makers have an interest in keeping physical video game stores alive because it’s their only exclusive marketing space, equivalent to an Apple store. I hope similar agreements take place on this side of the Atlantic.