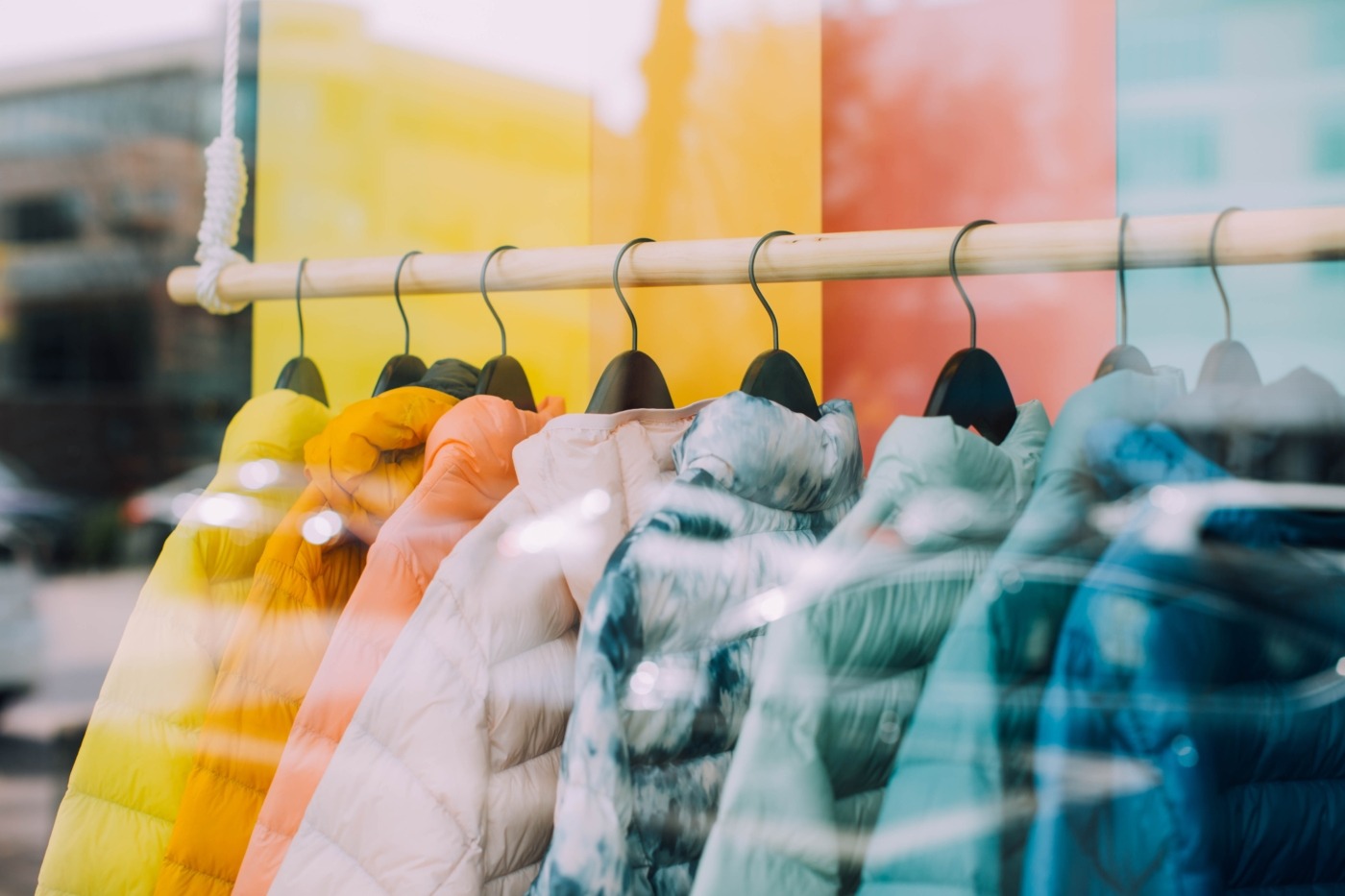 The Boar Finance’s guide to buying and selling online

If you ask me, Depop is a student’s paradise. Within the pages of the London startup app, you can find just about any item of clothing or miscellaneous product you could ever want.

Currently, Depop has over 5 million users and is expected to triple this within the next three years. According to techcrunch, 90% of Depop users are under the age of 26 – making it the perfect app for students and young people. Even more surprisingly, at least one third of all 16 to 24-year-olds have an account. This means that most buyers and sellers on the app understand the demands of young people as consumers, and this is clear in the products that we see on there.

You only have to look on the ‘Explore’ page to see the suggested categories of ‘Streetwear’ and ‘Vintage’ which are two of the hottest trends among young people today. It’s impossible to walk anywhere around Leamington Spa without seeing students sporting retro Doc Martens, tartan shirts, or vintage denim jackets.

I remember downloading Depop while at sixth form, and, back then, it felt like an unorganised mess of people selling clothes that no-one wanted or needed. Now, it’s filled with people younger than me selling on their charity shop gems for four times the original price.

How did it get here? I’d say that has a lot to do with society’s changing attitudes towards fast fashion and the environment. Sustainability is becoming somewhat of the norm, or at least a desired way of living, and more and more of us are abandoning websites like Boohoo, PrettyLittleThing, and Missguided. Coincidentally, these are the sites that have always targeted the 16 to 24-year-olds who now religiously use Depop for a more sustainable way of shopping.

Throughout the latter part of the 2010s, online shopping boomed in popularity, and there wasn’t a young person out there who didn’t own at least one item from these fast fashion websites. It wasn’t common to consider the consequences, and these websites expanded in popularity like never before.

However, as environmental movements around the globe exploded later in the 2010s, more and more of the consumers targeted by fast fashion brands started to understand the negative impact that fast fashion can have on the planet and ditched their websites for a more sustainable way of shopping. These changes were undoubtedly driven by the increasing coverage of sustainability and ethical shopping in magazines like Vogue and ELLE.

While online shopping has been around since the 1970s, second-hand sites have sprung up more frequently since the 2000s. In 1995, a giant in the world of second-hand shopping was founded. eBay started as an auction site for hobbies, but it has grown into the most popular website around the world for people to buy and sell on.

For anyone who hasn’t used eBay, it’s great for selling things you don’t need anymore. Whether that be old clothing from the phases that you went through as a teen and now cringe at or old DVDs – you can sell and buy it on eBay. It’s completely free to buy anything on eBay, but it’s worth bearing in mind that you have to pay in order to list items that can be bought immediately, although it costs less to have it go for auction and, in this case, you only pay 10% of the price sold for.

One of the bigger benefits of Depop is that it’s completely free to list any of your items, and you can keep them on sale for as long as you want. I tend to leave items up for a matter of months before taking them off. Whereas eBay removes items after a matter of days if they do not sell. Although Depop usually also charges a Depop fee which is around 10% off each item.

If you’re choosing between selling on eBay and Depop, it’s useful to remember that each site is better for different things. eBay is great for selling the things that aren’t “trendy” enough to fit on Depop. Depop is generally better for clothes, although you’ll find all sorts of items on there including music memorabilia, books, and DVDs.

Selling on Depop is simultaneously the best thing ever and enough to give you a headache. I’m sure many of you have seen the Facebook and Instagram pages “Overheard on Depop” or the like. People really do have the audacity on that app. You’ll find people message you asking for your item at what are quite frankly offensive prices. I was once selling three books for £5 on the app, and I was told by a buyer that she could buy 11 books for that price.

The best piece of advice I can give you when it comes to dealing with difficult buyers is to stand your ground. Even if you are desperate for the money, hold out just a day or so and 9 times out of 10 you’ll find that another buyer, who is perhaps less cheeky, comes along.

Have a price in your head and don’t go any lower than that, even if people try to tell you sob stories of why they need the item that much.

You’ll find that lots of sellers on Depop offer bundle deals which often involve a discount of 10% or 20% if you buy more than one of their items or more commonly involve paying free postage or postage on just one item as they can usually fit them in one package.

Another important thing to remember when listing your items on Depop is to research how much postage is likely to cost you. I’ve sold a lot of books on Depop and usually up to three books in one package will cost around £3.10 to post cheaply. Once you go bigger and heavier, postage gets more expensive. Don’t do what I did and list a bundle of books and DVDs at £8 including postage and then end up paying £10 on postage.

I had a lot of people asking me why I couldn’t waive the postage price for several books, but I couldn’t afford to as I was selling them so cheaply anyway.

Clothes are a little easier as they tend to be lighter. The trick with trying to sell clothes on Depop, I think at least, is all in the photos you use. Just have a look around on the app at which sellers seem to be the most popular and try to take good photos of your items. Show them from lots of different angles and be honest about the condition of your items. There’s nothing worse than ordering a clothing item meant to be in “perfect condition” which arrives covered in stains with a broken fastening. Remember that people review you once they receive the item so be honest.

The final thing to watch out for with Depop is just how gentrified it has become. Gone are the days when you’d be able to find vintage steals as young people frequently raid their local charity shops and sell on pieces for ridiculous prices. Don’t even think about trying to find a Slazenger tennis skirt or Nike jumper for less than £100.

The best way to use Depop as a buyer is to have an idea of what you want and then be selective about finding it. Make sure the buyer has good reviews and I would recommend usually reaching out to them to check they are responsive before buying to avoid any trouble down the line. As a seller, just be firm and be honest with what you’re selling and how low you’re willing to go. Selling on the app can be a bit long, requiring some effort, but I think it’s worth it for the money you can make and to know that your items will be loved in a new home.

Another website which has a good reputation for selling and buying second-hand items is Vinted. Working as an online marketplace, Vinted was founded in 2008 and has grown in popularity in recent years because of an increased interest in retro and vintage clothing. I’ve looked on the app occasionally and noticed that they do have some great bargains when it comes to branded items, but it’s not something I know much about.

So, as you venture into the bountiful world of online second-hand shopping, I wish you luck. Stick to your guns, don’t fall into the trap of spending loads on an item that the seller has picked up cheaply in their parents’ capsule wardrobe or down their local Oxfam, and be respectful as a buyer. Second-hand shopping and selling online can save you a great deal of money and be fun, but street rules apply. Keep your wits about you and be willing for a bit of bargaining. 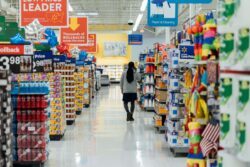 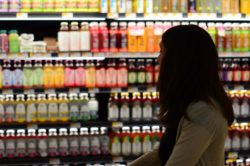 The do’s and don’ts of spending money at university 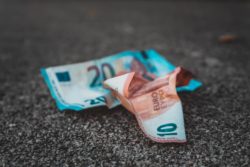 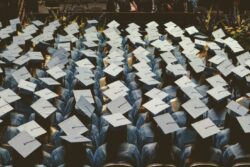