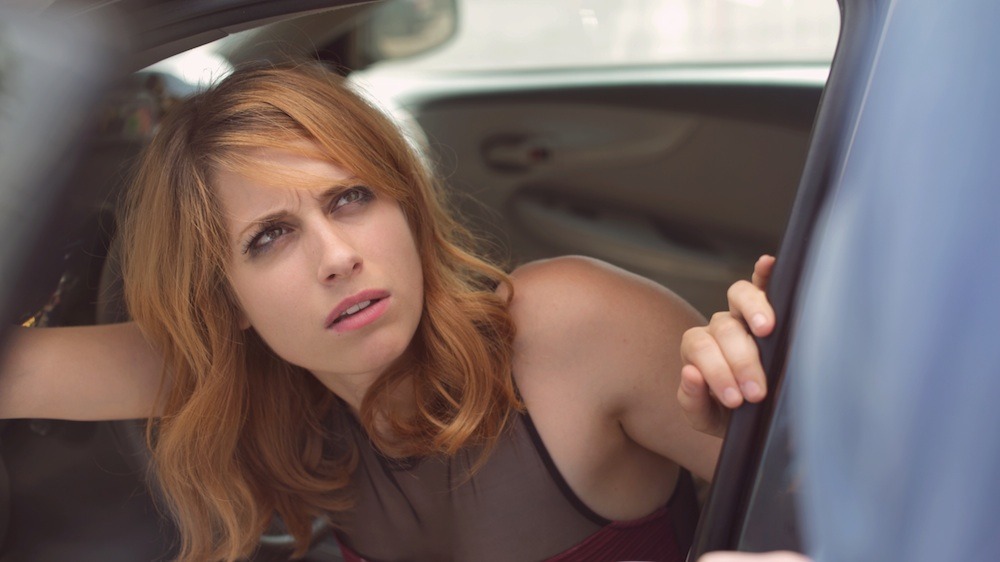 As someone who is passionate about mental health, I can’t even begin to count the number of times I’ve rolled my eyes when watching films and TV shows centred around mental illnesses. We all know how it often goes. An attractive, young (white) female is suffering from some kind of mental illness in a ‘tragically beautiful’ way. She ends up either being showered with love from her friends and family, which magically heals her, or falls in love with a guy, who sees her as a damsel in distress and saves her from her illness. Needless to say, I find it very unhelpful and frustrating that these shows concentrate merely on the superficial, leaving the complicated and often distressing nature of mental health issues unexplored. However, given the complexities of these issues, of which we as a society are only beginning to understand, perhaps I am expecting a bit too much from the entertainment industry.

Enter Binge, a dark comedy web-series that successfully proves how a funny, yet realistic and brutally honest portrayal of mental illnesses is entirely possible. The show, based on the personal experience of co-creator, writer and lead actress Angela Gulner, depicts a woman’s (also called Angela) struggle with bulimia and various addictions in her everyday life. While the pilot of Binge was first uploaded on YouTube back in November 2016, the show has since gained traction. A three-part mini-series was added in June this year, which continues Angela’s journey in the context of quarantine.

What makes Binge so refreshingly different from other shows on mental illnesses is its ability to both entertain and inform. As a piece of entertainment, the clever use of dark humour meant that despite dealing with emotionally heavy issues, the series remains hilarious and highly enjoyable. At the same time, by presenting mental illnesses in a more light-hearted way, Binge contributes to the wider goal of destigmatising mental health issues and reducing the shame that is often attached.

The clever use of dark humour meant that despite dealing with emotionally heavy issues, the series remains hilarious and highly enjoyable

As a project to inform and to educate, Binge not only counters stereotypes surrounding eating disorders, but also refuses to shy away from the ugly realities that sufferers of eating disorders and the people around them face. In contrast to popular media’s tendency to fixate exclusively on anorexia and feature emaciated girls as the face of eating disorders, Binge provides a new perspective in portraying a woman of average weight struggling with bulimia. This serves as helpful reminders that other eating disorders exist outside anorexia, not all sufferers are underweight, and eating disorders are not exclusive to teenage girls.

It also becomes increasingly apparent that as we follow Angela in her struggles, that not all sufferers are rich white girls who are extremely out of touch with reality and could afford to do nothing but starve all day. If anything, in between her daily binging and purging sessions, Angela has to attempt to balance her professional career as a baker, her friendships and her romantic affairs. Yet, her focus on bulimia ultimately jeopardises her job and her relationships – a testament to the high costs individuals often have to pay for their eating disorders.

Similarly, eating disorders also bear a huge emotional toll on close friends and family. In one scene, Angela deliberately ruins her best friend’s engagement dinner in order to binge and purge on the engagement cake. In another scene, Angela makes herself throw up in front of her best friend and collapses out of exhaustion. Disgusted and angry by Angela’s selfish actions, her friend also experiences an overwhelming sense of frustration and helplessness at her own inability to help. This helps shed light on the taxing nature of eating disorders on close friends and family, while also giving a more well-rounded portrayal of the illness by incorporating the voices and experiences of everyone involved.

Binge successfully demonstrates that it is possible for eating disorders to be portrayed in a refreshing, funny, and most importantly, realistic way

While living with an eating disorder is extremely difficult and painful, Angela’s love hate relationship with the idea of recovery shows us that the recovery process is often just as complicated and distressing. Torn between the desire to break free from her suffering and the desire to remain in the comfort of her eating disorder, this reminds us that even the decision to recover is far from easy. Later on, her tumultuous experience in recovery also demonstrates that it is anything but sunshine and rainbows. There are days where she actively seeks help, but also days where she intentionally sabotages her own efforts. It becomes clear that recovery is not only a decision that has to be made again and again each day, but also a drawn-out and messy process that does not always bear a happy ending.

In its unapologetic portrayal of eating disorders, Binge might potentially be triggering, especially for individuals in their early stages of eating disorder recovery. At the same time, however, Binge successfully demonstrates that it is possible for eating disorders to be portrayed in a refreshing, funny, and most importantly, realistic way.