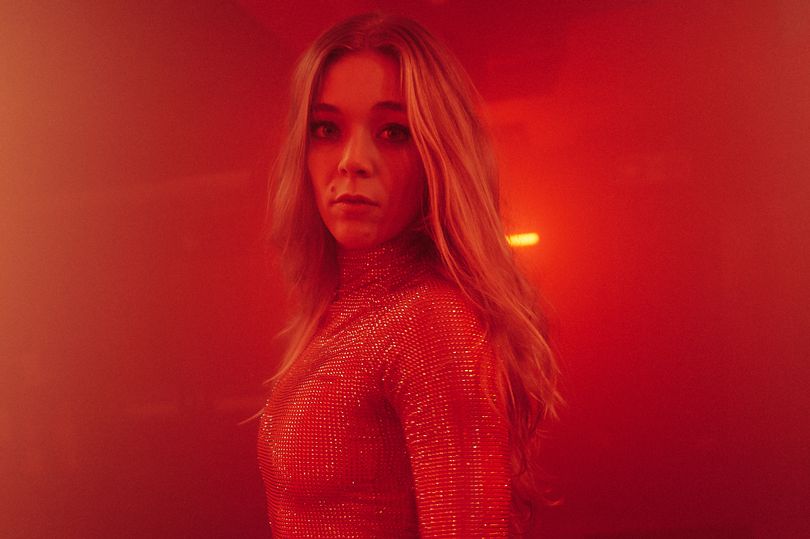 Becky Hill has taken 2020 by storm, having collaborated with some of the biggest DJs and announcing the release of her debut studio album. Her most recent single ‘Space’, which came out in October, followed her collaboration with Sigala on ‘Heaven On My Mind’, which saw her achieve her highest-ever debut chart position and has gained over 14 million streams. Becky now has over 1.5 billion combined streams and 18 million+ monthly listeners on Spotify after being crowned the second most-streamed British Female Artist on Spotify UK in 2019. I chatted to Becky to find out more about the new single, her upcoming debut album and the release of her podcast.

Becky described her latest single ‘Space’ as “a dance floor ballad that tells a story, with an insight into my life and who I am as a person, it really gears up to what to expect for my debut album”.

Her single is a hint at a past relationship, with the club-dance sound we’re used to hearing from her music.

“‘Space’ is a very personal song that seems a million miles away for me now. I’m proud of this song for many reasons. Actually, it’s the most honest I’ve ever been with myself, let alone the public. I wrote it in 2017, it was more of a personal one, but still on the theme of relationships. Since I was 13 I’ve written honest and personal songs. I’m quite an honest person, really. And I tend to share probably too much of my life,” Becky told me.

On the eve of Becky’s new single being released, she shared on Instagram that this is the first “proper single” where she has stepped out on her own, without a feature, but an introduction to her “as an album artist”. I asked Becky how that made her feel.

“It’s terrifying,” she said, “I like to think that now’s a really great time of doing it as I’ve cemented myself with ‘Heaven On My Mind’, ‘Better Off Without You’ and ‘I Can Get Used To This’”.

“I like to think that people won’t need somebody else attached to the feature to give it the time it needs to be listened to and liked and hopefully other people like it, regardless of whether there’s a feature on there or not.”

It’s been lovely to see my career go from strength to strength, regardless of people not being able to dance to music in a live situation

‘Space’ is the third single off Becky’s upcoming debut studio album, which is due to be released on March 19 2021. The single was Radio 1’s Tune Of The Week at the beginning of October. Her debut studio album follows the 13-track compilation album Get To Know which was released last year. When I asked Becky if she has a name for the album, she said a name hasn’t been confirmed but has always wanted to call it DY12, which is the postcode of her hometown Bewdley.

“The album has been a long time coming, I’m super excited. It feels really, really good that I’ve got the label behind me that will support putting an album out, and I’ve got a good collection of songs that I’m really, really proud of that kind of span over the last nine years.”

Becky described the sound of her upcoming album as “more pop than dance”.

“There’s definitely some great dance tunes on there, but for an album, I didn’t really want to put a load of dance tunes on it, I wanted it to really show off my personality and show people who I am and where I’ve kind of come from.

“There’s a lot of synth-pop stuff. A lot of my influences have come from Robyn, La Roux and Passion Pit – that 2006/2007 sound which I really wanted to incorporate into the album. It will be full of personal insights from my life that aren’t necessarily for a dance floor, but more for how I listened to albums growing up, in my bedroom taking each song as if it were meant for me.

“And now I’ve done it! Written an album for myself that I hope other people can resonate with, just like I used to when growing up listening to other artists’ albums. I don’t think I’ll ever get another chance to spend as long on an album again, so as a first flag plant in the ground, I’m very excited, proud and ready to release it into the world!”

Despite the cancellation of almost all music gigs since the coronavirus pandemic began, Becky got to perform for fans at a socially-distanced gig at the Unity Arena in Newcastle in September.

“That was incredible. It was about two and a half thousand people in a massive field, which was so good. Because people were further away from each other, it felt a little bit more disjointed, maybe in a sense, but I mean, it was absolutely amazing. If that’s how gigs have to go, I’m very happy with doing that.”

I asked Becky what the atmosphere was like performing to a crowd of socially-distanced concert-goers.

“The atmosphere was incredible, so I’m really happy to have done it. It was just a bit weird seeing only two and a half thousand people spread out over a field that probably could have held about 10,000.”

Due to the pandemic, Becky had to postpone her Autumn/Winter 2020 UK and Ireland tour, which has been rescheduled to Spring/Summer 2021. The rescheduled dates will see Becky headline 18 venues, including the O2 Academy Brixton in London. I asked Becky what she misses most from before the pandemic and what she is looking forward to next year.

“I really miss festivals, not just performing at them but the vibe and atmosphere of them. I also miss raves and just the normal things you would do without thinking about it.”

On the topic of raves, Becky began a podcast in June this year called ‘The Art of Rave’, where she chats to icons about their music, careers and influence on the scene. She has released eight episodes so far, featuring the likes of Basement Jaxx, Andy C and DJ Zinc.

“It’s an idea that me and my boyfriend discussed together and he said ‘why don’t you do a podcast interviewing all your favourite people?’

“I absolutely love dance music and particularly drum and bass, but I love heaving about people’s rave stories. I wanted to find out if my generation had missed out on the best years of rave.”

Discussing what makes a good rave, Becky said: “If you find a rave of music that you absolutely love and adore, then it should be for everybody.”

Now that she’s released ‘Space’, Becky told me that she won’t be releasing any other singles this year, but she added: “I’ve hopefully got a feature lined up with a couple of people I won’t mention that isn’t something that I would or you would usually imagine me doing, which I’m very excited about.”

I asked Becky what has been her highlight this year, despite it being far from normal.

“Getting to number 11 with ‘Better Off Without You’ and releasing ‘Heaven On My Mind’ and having that go into the charts as well. And just seeing some really healthy career progression, which I haven’t really seen as much as I have done this year ever. It’s been lovely to see my career go from strength to strength, regardless of people not being able to dance to music in a live situation.”