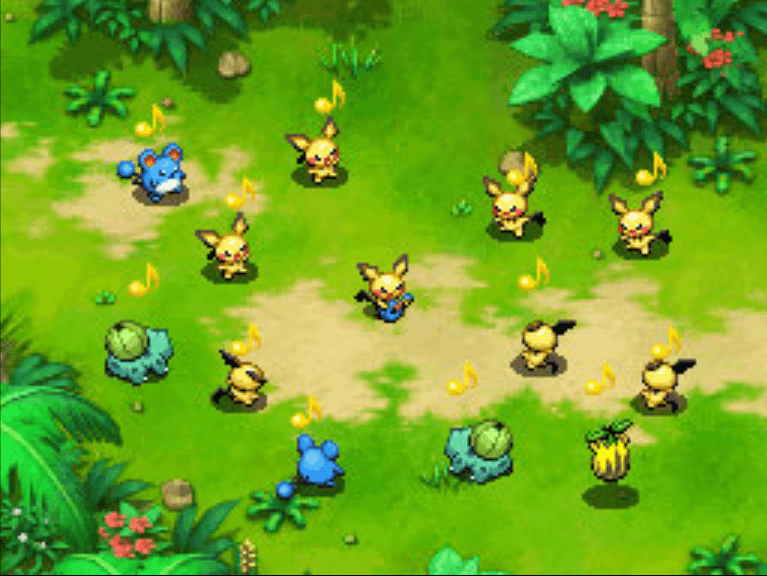 For as long as I can remember, Pokémon has been a part of my gaming experience. With its exciting stories, intriguing characters, and imposing legendaries, its world has never failed to inspire a deep sense of fascination in me. When I was younger, I would wait eagerly for my school lessons to finish, and then hurry home to boot up my Nintendo DS and immerse myself in the world of these creatures, imagining – even if just for a few minutes – that it truly was the reality I lived in. Nowadays, I still hold a deep love for the series, regardless of how flawed it may be.

However, even though the mainline games have been a staple of my life for the past ten years, it is the spin-offs that I absolutely adore and that I never fail to play through. As you can probably imagine, I was absolutely ecstatic when I discovered that Mystery Dungeon Rescue Team DX was coming to the Nintendo Switch. I ended up playing it and found it an absolute joy to relive my childhood memories. It made me fall in love with the game all over again, but unfortunately, it also reminded me that there were other spin-off games deserving of the same attention, and one in particular. I am talking about the Pokémon Ranger series, and in particular of Pokémon Ranger: Guardian Signs, easily one of my favourite Pokémon games.

The premise of these games is quite simple. They take place in the Pokémon world players of the series already know. However, you do not play as a trainer. Instead, you are a Pokémon Ranger, tasked with the protection of the ecosystem of one of the various Pokémon regions. You do not catch creatures through Poké Balls or battle other trainers, as is the case in the mainline games, but rather follow a markedly different approach, one centred on the use of your own personal Capture Styler.

This item is of fundamental importance, as it helps you calm down wild Pokémons and enables you to exercise control over them. Importantly, this power you have over them is only temporary, as wild Pokémon are immediately re-released into the wild once they accomplish tasks (for example, eliminating natural obstacles). Pokémon are intended to be your allies and are not a fixed presence in your team.

Only one Pokémon is an exception to this rule, as each Ranger has access to one permanent companion, which accompanies them in their quest to preserve the region’s delicate ecosystem. The approach in these games is very different from the one in the mainline titles, and enables you to explore a different side of the Pokémon world, one that is more “environmentally conscious”.

Among the three titles in the series, Guardian Signs was the one I liked the most when I was younger. I found the story incredibly captivating, right from the beginning, when you are knocked off your Staraptor into the ocean following a confrontation with Pokémon Pinchers in the skies above Oblivia. The idea behind the Pokémon companion was adorable (Pichu with a ukulele? What else could you ask for?) and I enjoyed being able to move across different islands, exploring markedly different environments.

I also particularly liked the variety of challenges you had to face, which helped make the game feel more difficult. I will never forget the anxiety I felt when having to escape the sinking submarine, desperately trying to avoid the wild Pokémon that could send me tumbling down, while at the same time searching frantically for the stolen Pichus, all against the backdrop of a ticking timer.

Freely flying in the skies above the Oblivia region was also a feature I really enjoyed, and something I had always wanted to experience in a Pokémon game. However, my absolute favourite feature (and the name of the game) were the Guardian Signs, symbols that you could draw with your Styler, enabling you to summon Legendary Pokémon. Being able to ride the legendary dogs was always a thrilling experience, one that made me feel truly in charge of the region’s protection.

The ‘latest’ game was released nearly ten years ago in Europe and after a few sporadic updates, the series seems to have been forgotten

As you can tell, there was much I enjoyed of the game when I was younger, and little I disliked, so when I recently found that same game in a charity shop, I had to buy it to re-experience the world of Oblivia all over again. I was not disappointed. Listening to the opening music of the title screen was enough to make me emotional, and make me wonder just why I had got rid of the cartridge many years before.

Honestly, I found the game just as fun as I remembered it. The environments were just as diverse and lush as I recalled them, and the soundtrack was a joy to listen to again. Granted, there were some elements I couldn’t help but notice had aged poorly, such as the dialogue – which was extremely frustrating at times – and a few of the quests became quite tedious as they require you to go multiple times backwards and forth between the various islands.

And do not get me started about the multiplayer. I found the concept of time-travel interesting, but was annoyed at the few connections made to the main story. It is practically impossible to play the quests in solo despite this being given as an option (unless you are willing to grind for hours on end).

Despite these flaws, I truly believe that the game has aged well, as have the other two titles. Unfortunately, chances of there being another entry to the series seem slim. Guardians Signs, the ‘latest’ game, was released nearly ten years ago in Europe (5 November 2010) and after a few sporadic updates, the series seems to have been forgotten.

However, I cannot help but hope that this is just a temporary break. These games have a lot of potential, giving you a glimpse into Pokémon regions with a far different culture and way of understanding the relationship between humans and Pokémon compared to the ones in the mainline series. It would be a shame to miss the opportunity of exploring them further. 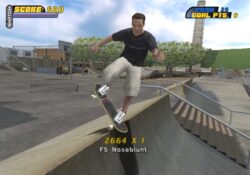 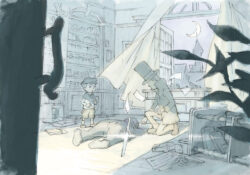 The weird world of Pokémon merchandise