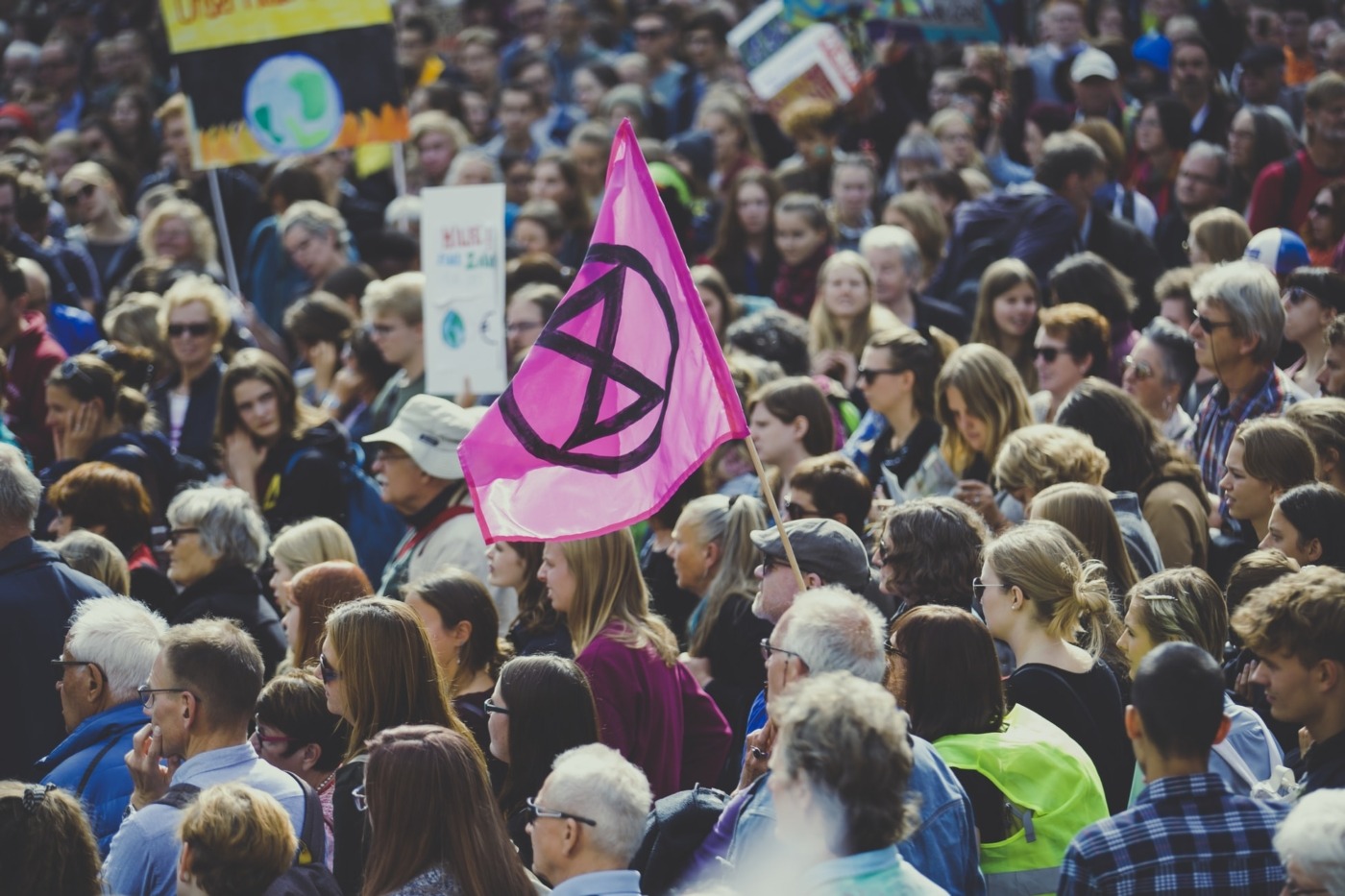 Like many other left-leaning Guardian readers, I was delighted to watch the well-circulated video of Extinction Rebellion’s audacious blockage of Rupert Murdoch’s News UK printing sites. On Friday 4 September, more than 100 protesters met outside the printing manufacturers at Broxbourne in Hertfordshire and Knowsley, near Liverpool. The group targeted News UK titles such as: The Sun, The Times, The Sun on Sunday, and The Sunday Times, as well as The Daily Telegraph,  and The Sunday Telegraph, Tthe Daily Mail,  and The Mail on Sunday, and Tthe London Evening Standard.

Unfortunately, my glee over the novelty of this cleverly targeted action was not shared by the incumbent government and certainly not by News UK. Instead, they condemned the protest as an attack on the ‘free press’. While these comments were very much expected by Murdoch’s benefactor(ie)s, the threat of reclassifying the social movement as an ‘organised crime group’ is telling of the government’s strategy against protest groups.

There is no doubt in my mind that Extinction Rebellion’s actions were legitimate. The protest has forced an otherwise ‘polluted’ conversation about how free the press actually is when owned by the same oligarchy of billionaires. Extinction Rebellion argues that a centralised ownership allows these individuals to unjustly shape the national debate in their self-interest.

The idea of reclassifying Extinction Rebellion as an ‘organised crime group’ appeared in government briefs over that weekend, and, after being put forward in a passionate speech by the home secretary, Priti Patel, at the annual Conference of Police Superintendent’s Associate. She described the environmentalist group as “criminals who disrupt our free society” and their actions as an “attack on our way of life”.

Does Patel’s criminal rhetoric of Extinction Rebellion match their tactics? Could the government justify reclassifying them as an ‘organised crime group’?

The Crown Prosecution Service’s (CPS) priority list against organised crime groups is extensive but generally limited to groups who commit violence. Therefore, Extinction Rebellion’s commitment to non-violent, direct action runs in complete contradiction to the other groups listed, as well as the government’s definition of an organised crime group. An attempt to lump the environmental protest group in the same category as human traffickers and terrorist groups is shocking.

This is not the first time the Conservative government has tried to sideline Extinction Rebellion. During last January’s ‘rebellion’, the campaign group found their themselves on a regional police counter-terror report along with other terrorist organisations and found themselves accused of ‘extreme ideology’. Their inclusion was later withdrawn. Additionally, their protests during October last year werewas met with a London-wide police ban on protests by Extinction Rebellion which was later deemed illegal by the High Court.

To me, the sustained effort by the government to delegitimiseatize Extinction Rebellion through the lens of ‘law and order’ is a clear example of an attempted culture war against a social movement. Instead of engaging with the concerns of Extinction Rebellion, the government seems to prefer to reframe the discussion onto the tactics used. Cleverly, (for the Conservatives) this manoeuvre polarizes the debate on climate action into partisan conflicts based on unrelated values while allowing those who advocate for ‘business as usual’ politics to label disobedient civilians as criminals.

Fortunately, over a month after the initial call for reclassification, there does not appear to be any serious attempt to change Extinction Rebellion’s status to an ‘organised crime group’.  Regardless, even if the group were reclassified, Extinction Rebellion will remain as committed to their non-violent ‘civil disobedience’. Similarly, the right-wing press already label the group as violent, uncooperative criminals to alter general public perception against them.  In the words of George Monbiot, a passionate environmental activist, this knee jerk response by the Conservatives is “the greatest compliment a government could pay you”.

Overall, this action by Extinction Rebellion was extremely successful in causing controversy as well as providinged an example of social movements leveraging political power. Whether or not they deserve to be reclassified as an ‘organised crime group’, I do not believe it will make much difference in their organising and non-violent, direct actions.

My key takeaway from this story is that it is important to identify when the government and these news titles attempt to shift the debate into culture wars. If they go unchallenged, they will continue to force conflicts, and create divisions amongst people.