Cast your mind back to Spring 2019. Picture the scene. No coronavirus, Theresa May is Prime Minister, and Brexit is on everyone’s minds. You had a restless sleep at your home in the Welsh village of Aberhosan, Powys. It is pointless continuing to try to sleep. Instead, you finally start researching for that assignment due next week. You sit down at your laptop at 7am, pull up a Google Chrome tab and find that the internet is down. ‘Oh well’, you think, ‘clearly fate has other ideas about being productive today’. You crawl back into bed.

After fixing your sleeping schedule, you start waking up early each morning. But when you reach for your phone in the morning to scroll through Instagram, the WiFi does not work. You resort to using your measly mobile data, but you are outraged by the internet outage that has persisted for weeks on end. All of your friends and family are having the same issue – the internet is cut off at 7am every single day.

This is the modern nightmare that Aberhosan villagers had to endure for 18 long months, until now. The mystery of the 7am broadband outage was solved last week when an old TV was pinpointed as the problem. The owners of the problematic television, Alun and Elaine Rees, would turn it on every day at 7am to watch Good Morning Britain, unaware that it was emitting an electrical interference.

The owners of the problematic television, Alun and Elaine Rees, would turn it on every day at 7am to watch Good Morning Britain

BT workers tried replacing part of the cable in an attempt to solve the issue, but to no avail. Their failure led to Openreach launching an investigation. Michael Jones, an Openreach engineer, said that they faced difficulties before the investigation had even begun, as it was hard to find accommodation amid the Covid-19 lockdown.

Mr Jones explained that the engineers traipsed around the village in the rain with a special monitoring device, called a spectrum analyser, to find an “electrical noise”.

“At 7am like clockwork”, Mr Jones said, “our device picked up a large burst of electrical interference in the village.”

The interference was found to be coming from an old 16-inch Bush TV. When Alun, 67, and Elaine Rees, 63, switched it on at 7am, it would cut out the village’s broadband. The TV was emitting single high-level impulse noise (SHINE), which is a radio wave that can cause problems in other electrical devices.

Aberhosan villager, Sara Williams, said that she had experienced broadband issues since she moved in. She said: “Just before lockdown it got to the point where we couldn’t even use our phones… Nothing would work then the landline would be down.” Ms Williams was unaware that a TV could even cause such issues.

The TV was emitting single high-level impulse noise (SHINE), which is a radio wave that can cause problems in other electrical devices

However, Suzanne Rutherford, Openreach’s lead chief engineer for Wales, explained that this occurrence is not as rare as people may think. Any device with electrical components, such as outdoor lights and microwaves, could potentially scramble the broadband signal.

“We’d just advise the public to make sure that their electric appliances are properly certified and meet current British standards”, she said.

Alun and Elaine Rees were reportedly “mortified” and vowed to never use the television set again. Since then, the village has enjoyed stable broadband. Aberhosan will soon be connected to fibre optic broadband, due to Openreach’s work with the Welsh government, and this will stop the possibility of electrical interference. 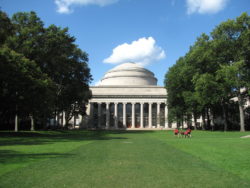 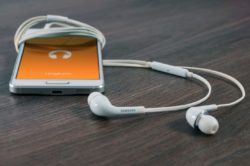 Popular, portable and poignant: the beauty of podcasts