It has been warned that conducting the National Student Survey (NSS) next year without clarity either on the process or on what results will be published could raise major ethical questions and is likely to severely damage the survey’s trustworthiness.

These concerns were raised after the Office for Students (OfS) responded to the government’s instruction for it to carry out an immediate “radical, root-and-branch” review of the survey.

The OfS said that, because the contract for the delivery of the 2021 NSS had “already been awarded”, the survey would proceed next year despite the review.

However, universities will not be required to promote the survey and “any decision on what to publish […] and at what level” would not be made until the outcome of the review.

Camille Kandiko Howson, associate professor of education at Imperial College London, said that this could cause universities to only promote the survey if they thought they performed well or need the results for performance management reasons.

She said it will be “ethically… difficult for institutions to ‘sell’ the survey to students, when it is not clear if institutions will receive data of any statistical use, if it will feed into league tables, comparison websites or the TEF [teaching excellence framework]”.

It seems to leave the survey this year just in limbo. It leaves a great sense of uncertainty about to what extent we should promote it

Howson said that the outcome could be a “year of patchy data collection”, which could cause “extreme damage to the integrity of the survey”.

However, she added that “this may well be the plan” given the desire for a major overhaul of the survey and that the OfS announcement suggested that there was “a real breakdown in their relationship” with the Department for Education.

Similarly, Matthew Andrews, university secretary and registrar at the University of Gloucestershire, speculated whether a year of questionable data “could be part of an agenda [from the government] that is focused on reducing these sorts of student feedback” in favour of using other methods, such as employment outcomes.

Andrews added that, if it was too late to abandon next year’s survey, they should “do it properly and do the review alongside it so that we can make any more substantial changes for 2022, rather than this odd half-and-half solution”.

“It seems to leave the survey this year just in limbo. It leaves a great sense of uncertainty about to what extent we should promote it,” said Andrews, who also raised the possible issue of “research ethics” over asking students to complete it without clarity on publication.

He also mentioned the apparent “dissonance” in messaging between the regulator and the government, with OfS chief executive Nicola Dandridge emphasising the “important role” of the NSS over the last 15 years, despite ministers insisting that the survey had “exerted a downwards pressure on standards”. 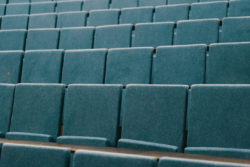