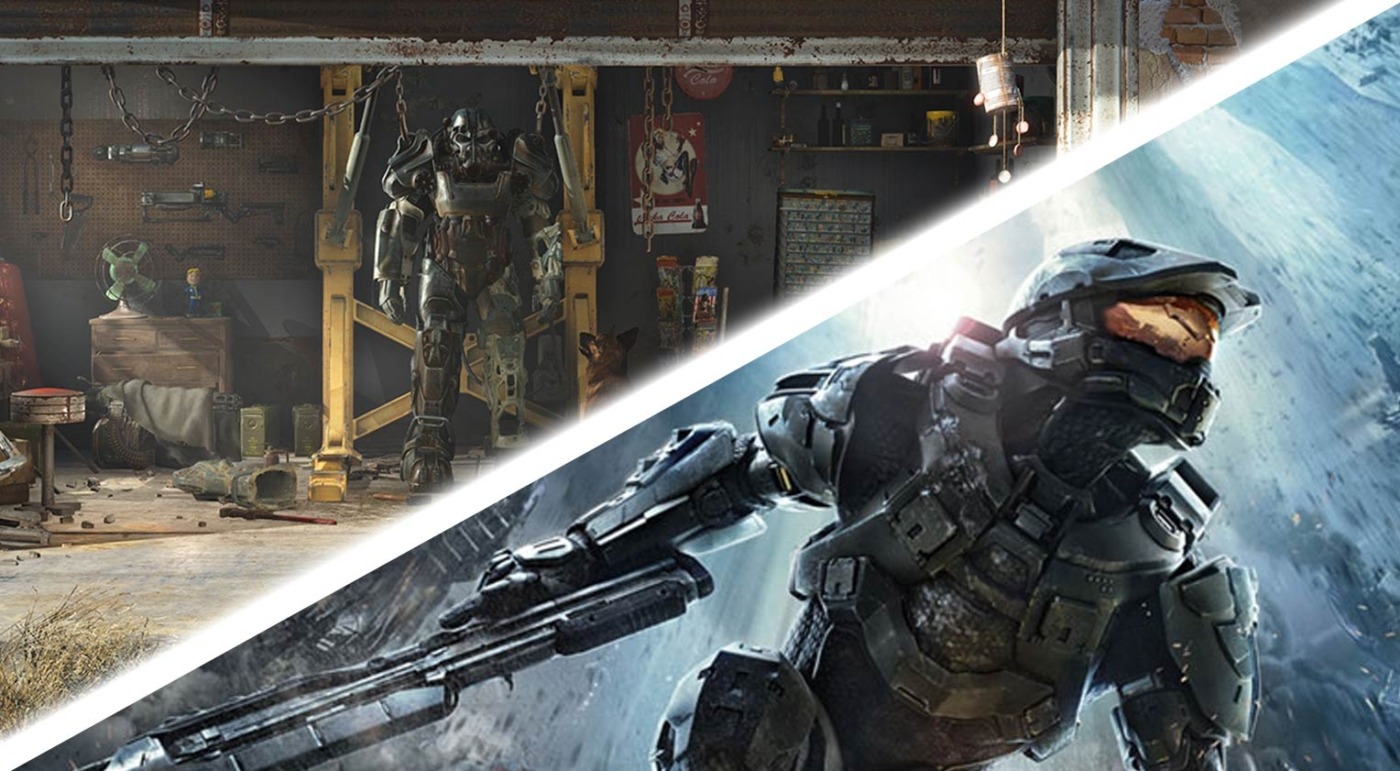 Following Microsoft’s $7.5bn acquisition of Bethesda, the publisher behind the likes of Fallout, The Elder Scrolls and DOOM, the games industry was shook by the implications, potential crossovers, and impact on the next-gen of gaming that this behemoth move may have. Here are three of our writers’ thoughts.

Microsoft has been on quite the spending spree recently, buying up several hot studios. Its latest acquisition, however, has caused the most excitement.

Obsidian is best known for developing Fallout: New Vegas in partnership with Bethesda, but the relationship between the two companies quickly soured after the game’s release. Obsidian staff were promised a bonus from Bethesda if the game reached a score of 85 on Metacritic, which it missed it by just one point. The prospect of Obsidian developing another Fallout title looked uncertain, which was confirmed by the release of The Outer Worlds, Obsidian’s take in a Fallout-like game.

But now Microsoft has acquired both companies, there is nothing stopping Obsidian working on a new Fallout game, in theory. The significance of this cannot be understated. Many Fallout fans, including myself, argue that New Vegas is the best Fallout game of the franchise, primarily because of its excellent story.

This shouldn’t be a surprise given many of Obsidian’s employees worked on the classic Fallout titles. With these employees moving away from Bethesda, more recent Fallout titles have been underwhelming compared to the past, and many of us are dying for a new Fallout game from a competent developer (looking at you, Fallout 76).

I doubt we would see a Fallout: New Vegas 2, simply because there have never been direct Fallout sequels in the same location since the release of Fallout 3. That means it will be a completely new location; it’s a good job the United States is a big place.

I would love to see post-apocalyptic Miami, with Florida’s outskirts on the edges of the map. A massive state-wide map could even be very possible with the next-gen consoles – perfect for the explorers and lore hunters out there.

Combat was significantly improved with Fallout 4, so it would be nice to have those refinements with Obsidian-style unique weapons. But in truth, all Fallout players would prefer a brand-new engine. The Creation Engine is an ageing, buggy mess, and hopefully, with Microsoft’s funding, Bethesda and Obsidian will work on a bespoke new engine for their RPGs. How much more money do you need Todd?

Tom Wilson – The potential for Halo and Doom

Microsoft now owns not only Bethesda but also iD Software, acquiring both the publishers and developers of Doom. Now, the legendary gaming figures of Master Chief and Doomguy will stand together as icons of Xbox and, hopefully, pave the way for a possible Halo game stylised similarly to the latest Doom titles.

As much as I love John-117, Halo: Reach remains my favourite game within the series but also serves as a reminder that there are vast parts of Halo’s lore that have yet to be explored. I would love to see another standalone Halo game outside of 343i’s development which utilises the darker, more destructive style and themes that are seen in the Doom franchise.

The Human-Covenant war that Halo concentrates on supposedly left many worlds in a fractured and devastated state, which – along with the various types of Covenant and the Flood – already give Halo a workable setting for a title that would bare similarities with Doom.

Similarly to both Doom and Halo: Reach, you could play as a nameless Spartan, stranded within a treacherous environment, tasked with fighting there way through hordes of enemies in a bid to escape. With such a vast timeline within the war, there would certainly be a lot of creative freedom to make this something unique and explore a darker side of the war.

Elements of gameplay from Doom (2016) and Doom: Eternal would also be a fascinating implementation in a Halo game. I would love to see the weapon wheel consist of traditional Spartan weapons, with the BFG being replaced by the Incineration Cannon. The famous Energy Sword and Gravity Hammer could even play roles in replacing Doomguy’s Crucible Blade and Chainsaw.

Halo certainly has the weaponry to back up Doom’s system; they could even adapt it with the armour abilities past games to provide a familiar yet innovative version of Doom mechanics. Naturally, the developers would also have to include some impressive glory kills.

This wouldn’t be the first time the Halo series ventures outside its classic genre, with Ensemble Studio’s delivering a largely successful RTS game in the form of Halo Wars, albeit much to the frustration of Bungie, the previous developers of Halo.

Halo and Doom combined feels like a match made in heaven, and the possibilities that arise from their unification are unbelievably enticing. The idea that Microsoft could produce a single-player-focused, gritty standalone title within the Halo universe makes the upcoming release of the new Xbox Series X even more tempting. Make it happen, Microsoft!

Max Gentleman – A shift in monetisation

To understand the future for Zenimax under Microsoft, we need to understand how it came to be in a situation where such a buyout would be beneficial. In this regard, two themes go hand in hand – loss of consumer confidence in its ability to handle its main IPs, and Zenimax’s insistence on milking its products dry through micro-transactions and live service pivots.

Most would trace the beginning of fans’ loss of faith in Bethesda to 2015, when an ill-fated experiment from the company implemented paid mods for three days between April 24 and April 27.

Bethesda’s games are known for being buggy. As such, its games often rely on unofficial patches and created by a vibrant modding scene. The Elder Scrolls V: Skyrim particularly has a number of dedicated teams, creating mods such as ‘Beyond Skyrim’ and ‘Skyblivion’ which use the game’s assets to build other provinces of Tamriel, or remake prior The Elder Scrolls titles in Skyrim’s more accessible engine. These people created mods for no material gain, dedicated large parts of their time for the love of these games.

Paid mods, however, meant that creating mods instead came material incentive, and Bethesda got a cut of every sale. This would have radically transformed the modding scene, as every download instead becomes a value judgement. Sure, a mod may only be 99p, but if you want to install 40 or 50 as people frequently did, suddenly you were paying almost a new game’s worth.

In the current gaming scene, season passes and cosmetic drops provide consistent income after a game’s launch. Unfortunately for Bethesda, they are known for producing epic single-player experiences, which simply have no revenue streams when compared to live service games. This is, unless, you leech off the life support systems that mods have become for Bethesda’s titles.

Bethesda tried again in 2017 with their new Creation Club, which locked ‘Premium Mods’ behind a paywall. They also brought selected mods across to consoles to cash in on a new audience. However, this implementation coupled with Fallout 76’s troublesome launch quickly deteriorated all the goodwill Bethesda built up in the previous 15 years, souring fans who had been with them since Morrowind.

This acquisition will prove to be as big a turning point for Bethesda. It will free the studio from ZeniMax’s obsessions with finding a cash cow. Microsoft has a cash cow in the form of Xbox Game Pass, and to sell these Game Pass subscriptions, it needs the great single-player experiences Bethesda is known for.

Ironically, a $7.5bn acquisition has freed Bethesda of its commercial obligations, and they can get back to doing what they’ve done since Morrowind, making pioneering single-player RPG experiences As someone already subscribed to Xbox Game Pass, I can’t wait to experience them at no extra cost.