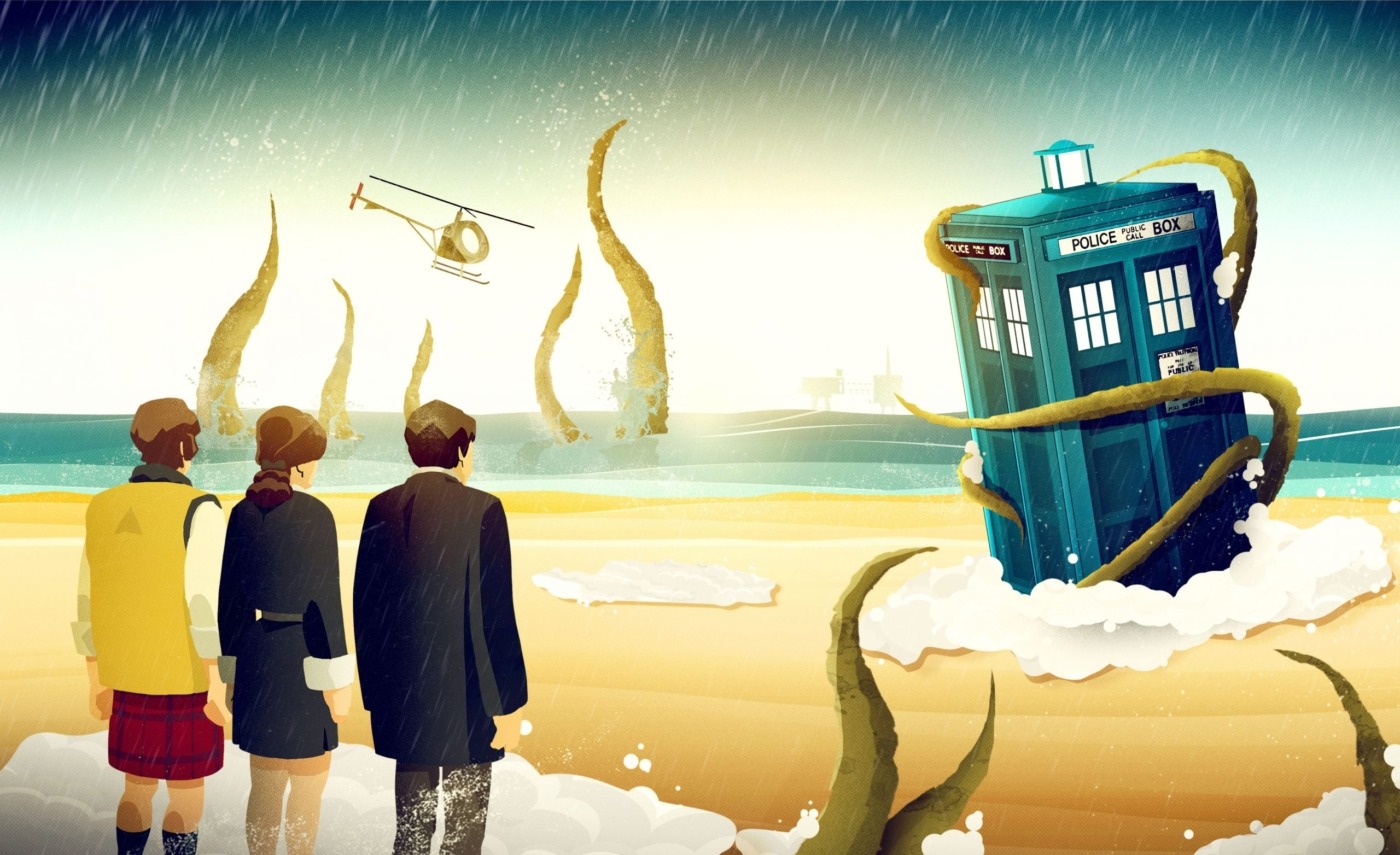 Suppose you wanted to watch every episode of Doctor Who from the very beginning, exactly as they were broadcast. Well, unless you started this marathon back in the 1960s, you would need a time machine.

Why? Put simply, a lot of it does not exist. In the past, television was not designed to be watched repeatedly. There were no streaming services, no DVDs, and even repeats were harder to negotiate. Programmes were often recorded onto bulky videotape and once copies had been made for foreign sales, these programmes were seen as worthless. They could easily be wiped and used to record new programmes or junked to save space.

Of the 253 Doctor Who episodes aired between 1963 and 1969, 97 are missing. But what does exist for these 97 is the audio, recorded at home by fans. As such, we can listen to many stories even if we cannot see them. Over the last few years, these missing stories have begun to receive animations to match the original soundtracks, the latest of which is 1968’s ‘Fury from the Deep’, a six-part story starring Patrick Troughton’s Second Doctor. It is now available on DVD, Blu-ray and as a Steelbook. But is this story any good over fifty years later?

The Doctor, Jamie and Victoria find themselves in a gas refinery under attack from parasitic seaweed. It sounds ridiculous, and yet the story remains so brilliant. It’s creepy, unnerving stuff. At times it feels like a cross between ‘The Tell-Tale Heart’ and the scientific revolution behind Harold Wilson’s “new Britain”, with a heartbeat echoing ominously throughout the complex. It is a story that could so easily have become a joke, and the fact it remains so tense and engaging is genuinely impressive.

Moreover, this story avoids two of the problems that a lot of pre-2005 Doctor Who had. Firstly, despite being six episodes and over two hours long, it avoids the slow pacing that plagued so many other serials. As much as I love some other classic Doctor Who stories, many of them do go on a bit too long. But ‘Fury’ never overstays its welcome. And secondly, it handles its emotional moments well. This is companion Victoria’s departure story, and her final scenes are poignant yet understated. It is also a relief that they did not go down the ‘marry her off to a bloke she’s only just met’ route like they did with some companions, and instead gave her a far more appropriate ending.

Despite being six episodes and over two hours long, it avoids the slow pacing that plagued so many other serials

Bar the introduction of the sonic screwdriver and the departure of a companion, on paper this story does not sound particularly memorable. Seaweed and foam in a gas refinery? Even the base-under-siege format was used in five other stories from the same season. But what makes ‘Fury from the Deep’ such an enjoyable experience after all this time is even without its original visuals, everything just comes together so wonderfully. Dudley Simpson’s music is unnerving. The actors’ performances are faultless. Victor Pemberton’s script is intelligent and complex without becoming complicated. Even with just the soundtrack and a few surviving clips and photos, you can tell that director Hugh David was creating something special.

The story itself can be viewed using the animation, available in both colour and black and white, or a reconstruction using surviving material. Ironically, this material includes censor clips that were removed from foreign copies as they were too scary, and now these moments are some of the only pieces of footage to exist from the serial. The latter is the most faithful to the original, though might be a difficult watch for those not used to missing 1960s television. The animations do make some changes to the original, but these are mostly minor visual changes and the story itself is basically as it was in 1968. The animation style is slightly different to previous releases such as ‘The Macra Terror’ and ‘The Faceless Ones’, though which style is better is of course a matter of personal preference.

It is undoubtedly a shame that ‘Fury from the Deep’ no longer survives in its original form. But this new animation will not only allow old fans to experience the story visually again, but new fans to experience it for the first time too. A truly superb story. After all this time, the creature has risen from the depths once more.

“It’s down there, in the darkness, in the pipeline, waiting…”.