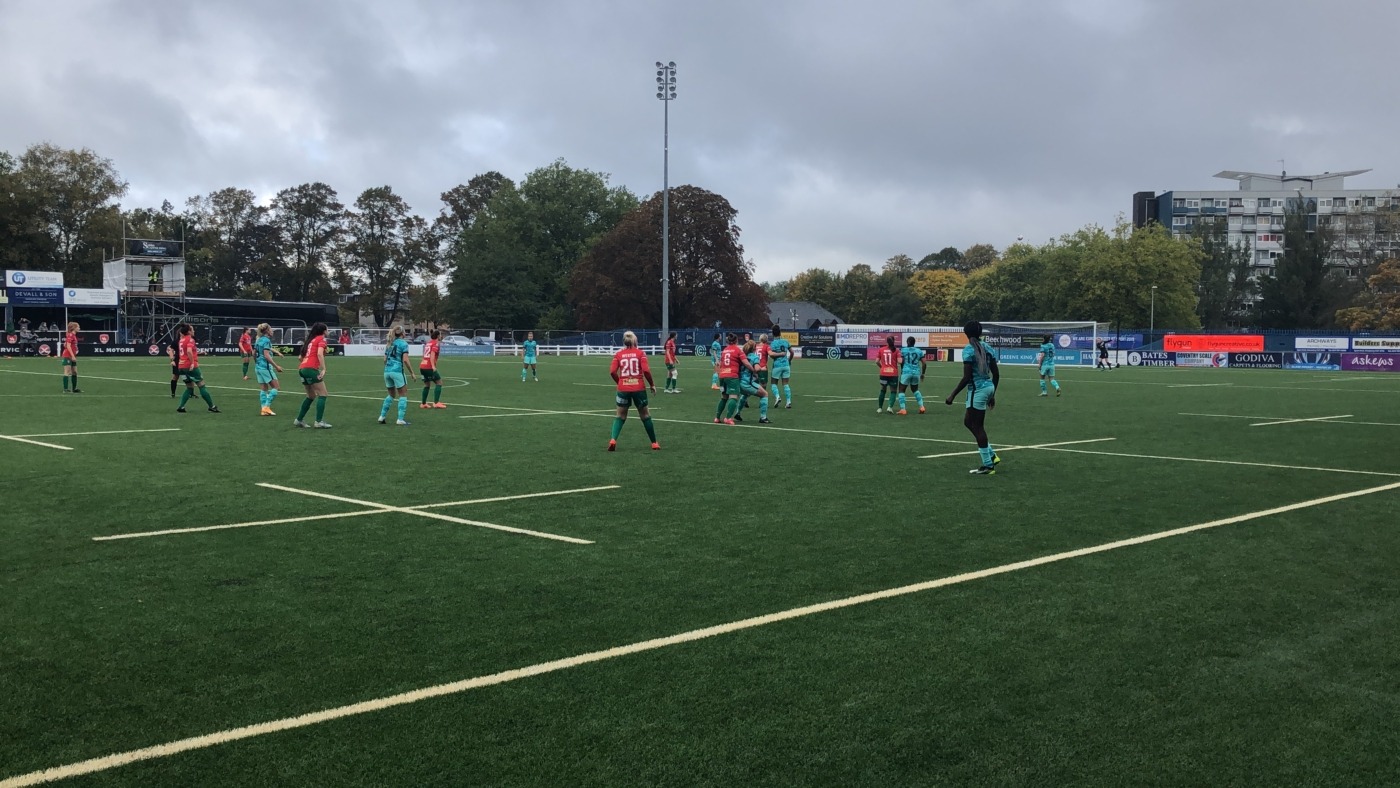 Liverpool Women secured a hard-fought 2-1 victory over Coventry United amid challenging conditions at Butts Park Arena. United are now two games without a win, having lost to Lewes in the FA Women’s Championship last weekend.

Melissa Lawley opened the scoring for the travelling side, connecting with Kirsty Linnet’s well-placed cross to give Liverpool a deserved lead. The Red and Greens rallied after falling behind, with Amber Hughes forcing a fine save from Rachael Laws on the half-volley.

Amalie Thestrup doubled Liverpool’s lead just after the half-hour mark, the Danish forward intercepted a loose backpass before rounding Sue Wood. Despite switching formations midway through the first half, Liverpool had the lion’s share of possession before the interval.

Vicky Jepson’s side made their influence known across the pitch, pressing United into making several mistakes while in possession. Jess Clarke went close to scoring Liverpool’s third goal following the break, the former England international stole possession on the edge of the box, curling a shot just beyond the post.

The hosts enjoyed a sustained period of attack midway through the second half, with Holly Chandler driving Coventry into the final third from right back. Shannon O’Brien was a constant thorn in the side of the Liverpool defence, pressing the back four excellently throughout the second period.

O’Brien’s relentless pressure came good after 71 minutes, with the Coventry forward dispossessing Lucy Parry on edge of the box. As runners charged into the final third, O’Brien played a crisp pass towards Becky Anderson – who fired the ball beyond the reach of Laws to bring the hosts back within touching distance.

In the face of an aerial assault in the closing stages, Liverpool’s defence held firm to secure their third Championship victory in-a-row. With Durham drawing 2-2 with Leicester City, Liverpool’s victory sees them jump to first in the standings – albeit having played a game more than Sheffield United.

Coventry travel to Durham in the Continental Cup on Wednesday, with the Butts Park Arena side hoping to put an end to their two-match losing run.

After scoring her first goal for the Reds, Amalie Thestrup spoke to The Boar Sport about her side’s start to the 2020/21 season. “It was really important for us to get the win; our main objective was to come in and get the three points and that’s what we did,” said the Danish forward. “I think that it was well-deserved and we’re happy to keep our winning streak going.

“We’re disappointed that we conceded a goal, I think it was unnecessary. We kept [the game] under control and kinda fought through in the last 25 minutes after we conceded.

“We needed to step up from last week,” Coventry United goalscorer Becky Anderson told The Boar Sport. “Even though we didn’t get the result today, I think the performance was much, much better – definitely in the second half. I think we did well to get the goal, we deserved the goal, and we could’ve pushed on for the equaliser.”

“I think we can give Durham a game,” said Anderson ahead of United’s midweek Continental Cup fixture.  “Durham are a strong side, one of the top sides in the league – but it’s a cup game, it’s a night game, you can never tell how the cup is going to go. It’s a great chance for us, it’s important for us to get games under our belts.” 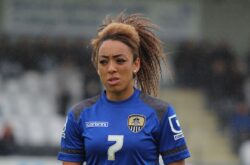